HEA vs THU Dream11 Fantasy Preview Big Bash League 2019-20 is underway with Brisbane Heat and Sydney Thunder facing each other in the first game of the season. Both teams didn’t make it to the semi-finals last year which has seen them ring in a few changes to their sides. While Thunder had to address […]
By Dwijesh Reddy Tue, 17 Dec 2019 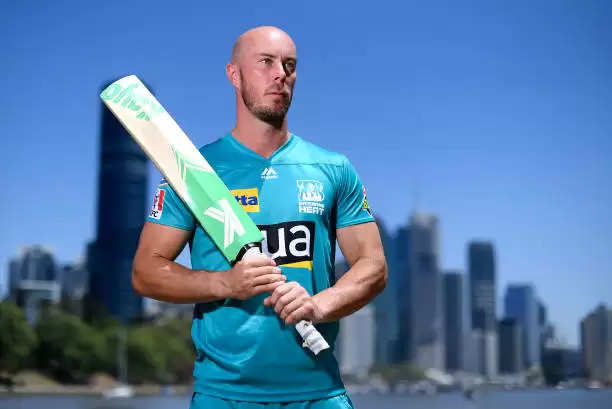 Big Bash League 2019-20 is underway with Brisbane Heat and Sydney Thunder facing each other in the first game of the season. Both teams didn’t make it to the semi-finals last year which has seen them ring in a few changes to their sides. While Thunder had to address Shane Watson’s retirement, they will bank on the likes of Alex Hales and Chris Green in BBL 2019. On the other hand, Brisbane Heat has turned a few heads with their aggressive approach with player recruitment. With the arrivals of Tom Banton and Ben Laughlin, Brisbane Heat will enter the game as the clear favorites. Nevertheless, a cracking encounter awaits the two sides in Brisbane as they look to start on the right note on Tuesday.

Traditionally, the pitch in Brisbane is a high scoring one with 170 being a must. While the pacers will get extra bounce and zip from the wicket, the ball will come on to the bat nicely. Chasing will be the preferred option upon winning the toss considering the record at the venue.

The weather is perfect for the start of the new BBL season with no rain expected on Tuesday. A few clouds are expected to make an appearance while the temperature will hover around 28 degrees Celsius. A heavy breeze from one end could also have a say with dew also playing a part.

The Thunder has made a few changes to its squad with the addition of Alex Ross and Chris Tremain. Alex Hales is set to open the batting with Usman Khawaja while Callum Ferguson and Matthew Gilkes hold fort in the middle order. They have a long batting unit with Daniel Sams and Chris Green capable of wielding the long handle. Jono Cook should get the nod over young Tanveer Sangha as the lead spinner as the Thunder look to upset the Heat in Match of BBL 2019.
Alex Hales, Usman Khawaja, Callum Ferguson, Matthew Gilkes, Alex Ross, Daniel Sams, Chris Green, Arjun Nair, Chris Tremain, Nathan McAndrew and Jono Cook.

Chris Lynn is one of the highest run-scorers in BBL history with the Brisbane Heat star scoring 385 runs last season. He is in decent form as seen in the Abu Dhabi T10 League and is one to watch out for in this game. Callum Ferguson and Usman Khawaja are also viable options in the batting department with both of them having a stellar Marsh One Day Cup campaign. Two allrounders in Ben Cutting and Daniel Sams are picked although all eyes will be upon Tom Banton, who is regarded by many as England’s brightest talent. New signings, Ben Laughlin and Zahir Khan also find a place in the side while former Melbourne Renegades pacer, Chris Tremain should pick a wicket or two on Tuesday.

Dream11 Team for HEA vs THU: 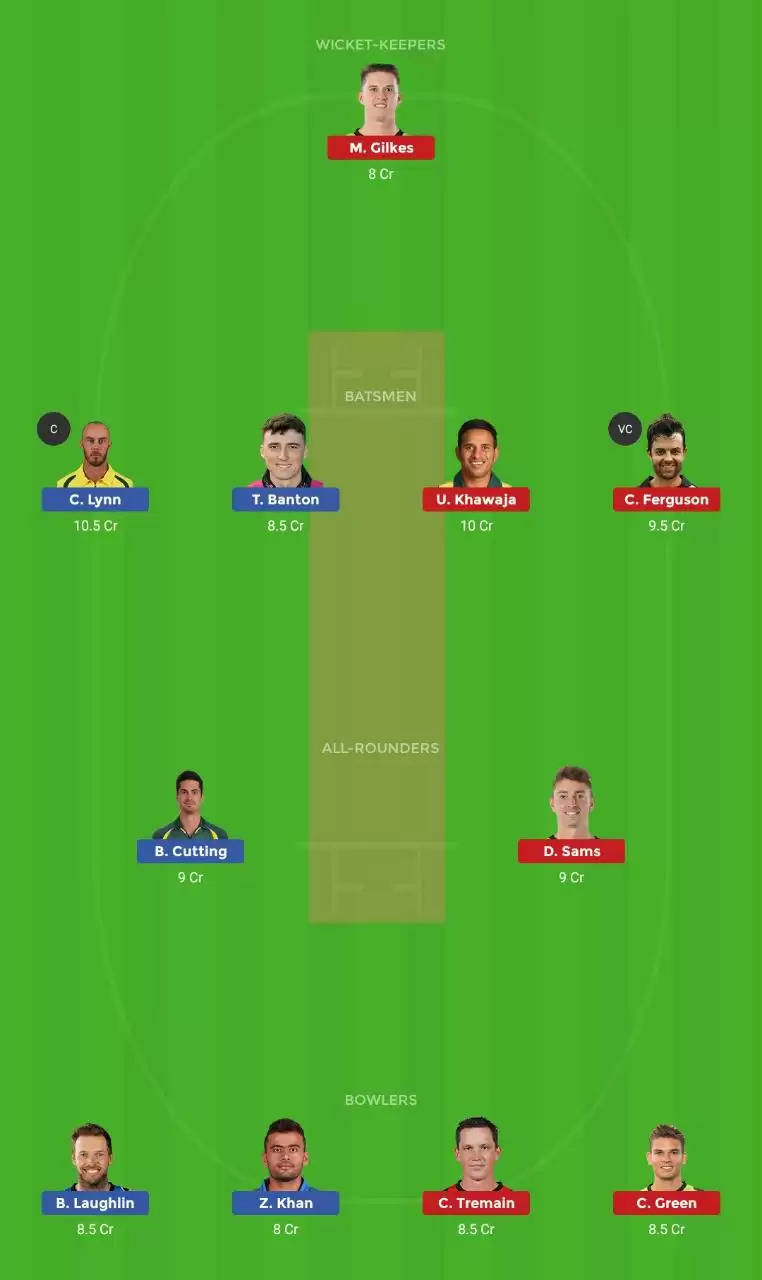