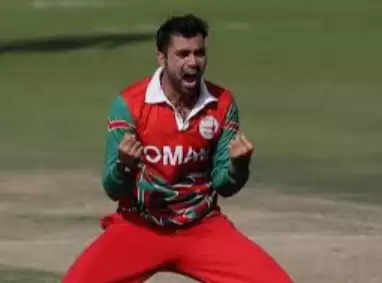 The promising Nepalese team will make their debut in the ICC Cricket World Cup League 2 when they take on Oman in a tri-series fixture on Wednesday. Opponents Oman have had a pretty decent start to their League 2 campaign with four wins out of six matches and they are just four points shy of the table-toppers USA who are also part of this tri-series in Nepal.

Nepal, on their own, will want to make a good start in this tournament with the rising Asian side being the only team to not play a match so far. Overall, Nepal are pretty much a new ODI nation with them earning status only on 15th March 2018.

With the likes of Sandeep Lamicchane, Paras Khadka, Jatinder Singh and Bilal Khan on show, this match is set to be fiercely contested one in which the visitors arguably go in as the favourites.

There will be a hazy sunshine in Kirtipur on a day when no rain will be expected and this will be great news for everyone since huge crowd attendances could be there for this series. The maximum temperature is predicted to be 18-degree celsius while air quality might be a problem.

The venue in Kirtipur will be making its ODI debut on Wednesday and the nature of the wicket will be quite interestingly. In the South Asian Games which was held recently, there were quite a few low scores albeit the fact that the matches were held in the T20I format. However, with the few matches that have been held here during the 2015-17 World Cricket League Championship, teams generally scored less than 200 in 50 overs. The spinners, as usual, will have a huge part to play in this game.

Paras Khadka: Nepal’s former captain Paras Khadka is the backbone of the team’s batting line-up. Nepal are generally not considered as a team with star batsmen but Khadka is surely one considering the fact that he has already registered a hundred and also fifty in just six ODI matches.

Sandeep Lamicchane: One doesn’t need to give any introduction for the most popular Nepali cricketer, Sandeep Lamichhance. Although his BBL team Melbourne Stars are still competing for the final, Lamichhane came back to represent his national team. Like Khadka, Lamicchane has also had a fantastic start in ODI cricket with 15 scalps in six matches.

Aqib Ilyas: Middle-order batsman Aqib Ilyas is a prolific run-scorer for Oman in 50-over cricket. Currently, the classy batsman occupies the 4th spot in the ICC CWC League 2 highest scorers list with 308 runs in six matches. Ilyas will need to score a lot in Nepal too if Oman are going to be successful.

Bilal Khan: One of the best pacers in Associate cricket currently, Bilal Khan is a tough prospect to face during the powerplay. With the ability to swing the new ball at nearly 140 KPH, Bilal has troubled quite a few batsmen to pick up 11 wickets in the tournament. Nepal generally struggle against pacers and this could potentially make Bilal a worthy captaincy choice. 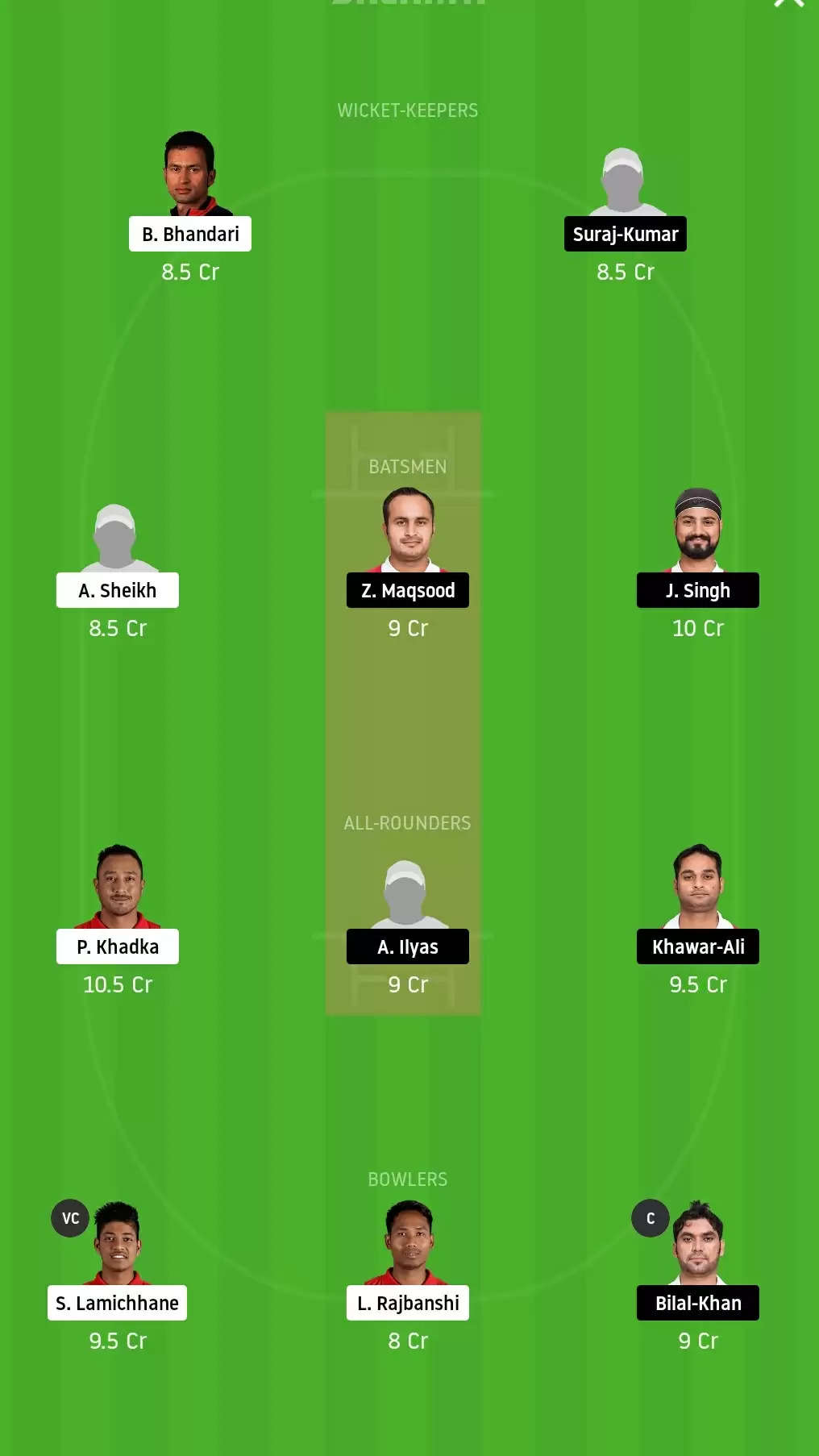