The final game of a mouth-watering schedule on Thursday sees hosts UAE pitted against high-flying Oman in Abu Dhabi. UAE was rocked by the suspension of captain, Mohd Naveed, Shaiman Anwar and Qadeer Ahmed before the tournament which has left them shorthanded against Oman, who won the pentagular series earlier in the month against the […]
By Dwijesh Reddy Thu, 17 Oct 2019 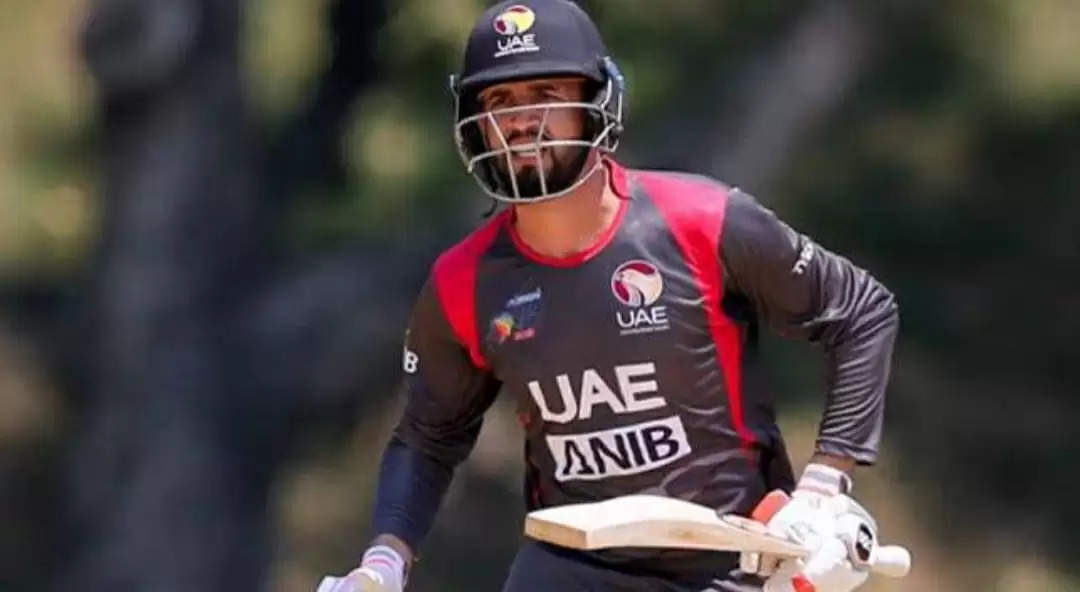 The final game of a mouth-watering schedule on Thursday sees hosts UAE pitted against high-flying Oman in Abu Dhabi. UAE was rocked by the suspension of captain, Mohd Naveed, Shaiman Anwar and Qadeer Ahmed before the tournament which has left them shorthanded against Oman, who won the pentagular series earlier in the month against the likes of Ireland and the Netherlands. With the shocking turn of events, UAE will bank on interim captain, Ahmed Raza while they enter this game as the underdogs. Oman, on the other hand, is high on morale with the likes of Khawar Ali and Aamir Kaleem proving what they are capable of in the shortest format. With valuable points on offer, both teams would love to kickstart their campaigns in the best possible manner at the Sheikh Zayed Cricket Stadium in Abu Dhabi.

The pitch generally favours the spinners although it should play host to a high-scoring encounter in the tournament opener. With this being used pitch, it might be on the slower side as well. 165 should be par on this surface with dew also coming into play later on

Oman come into this game with a lot of confidence and match practice under their belts. Their second practice match saw them get the better of the Netherlands once again in spite of Colin Ackermann and Ryan ten Doeschate starring for them. Their team revolves around its bowling unit with Bilal Khan being a handy option with the new ball. Jatinder Singh and Khawar Ali open the batting for them while Zeeshan Maqsood, Mohammad Nadeem and Aqib Ilyas follow them. Kaleemullah is certainly one to watch out for with the ball in an attack which is fairly spin dominant.

Although UAE does enter this game without their star assets, it still has a good roster in its possession. Led by Ahmed Raza, the team has ample batting strength with the likes of Mohd Usman and Mohd Boota being key to their fortunes. Chirag Suri, who didn’t have the best of Global T20 2019 campaigns, is one to watch out for in the absence of Shaiman Anwar with fellow UAE teammate Rohan Mustafa’s performances also being key. Zahoor Khan, who is a genuine wicket-taker, is in line for a place in the side and would ideally be expected to step up alongside Waheed Ahmed.

As seen in the recently concluded Oman T20-I Series, Khawar Ali and Amir Kaleem are the pillars of the team with both bat and ball. Both of them are must-have picks in the side along with Waheed Ahmed, who starred in UAE’s second practice game with a quick-fire cameo. He also picked two wickets to strengthen his case in cementing a place in the playing XI. While two UAE batsmen in Usman and Ashfaq are preferred, Ghulam Shabber also makes the cut ahead of Suraj Kumar with his ability to play the floaters role to perfection taken into account. UAE stalwart, Rohan Mustafa is one to watch out for while the likes of Bilal Khan and Zahoor Khan should round up a well-balanced fantasy side with their wicket-taking ability.