Match Details The Village, Dublin September 15th, 2019 6:00 PM IST Preview Amidst all the fanfare surrounding the ICC Test Nations and the newly introduced ICC World Test Championship, Ireland, Netherlands and Scotland take part in a tri-series with the first game scheduled between the Irish and the Dutch on Sunday. With the ICC […]
By Dwijesh Reddy Sun, 15 Sep 2019 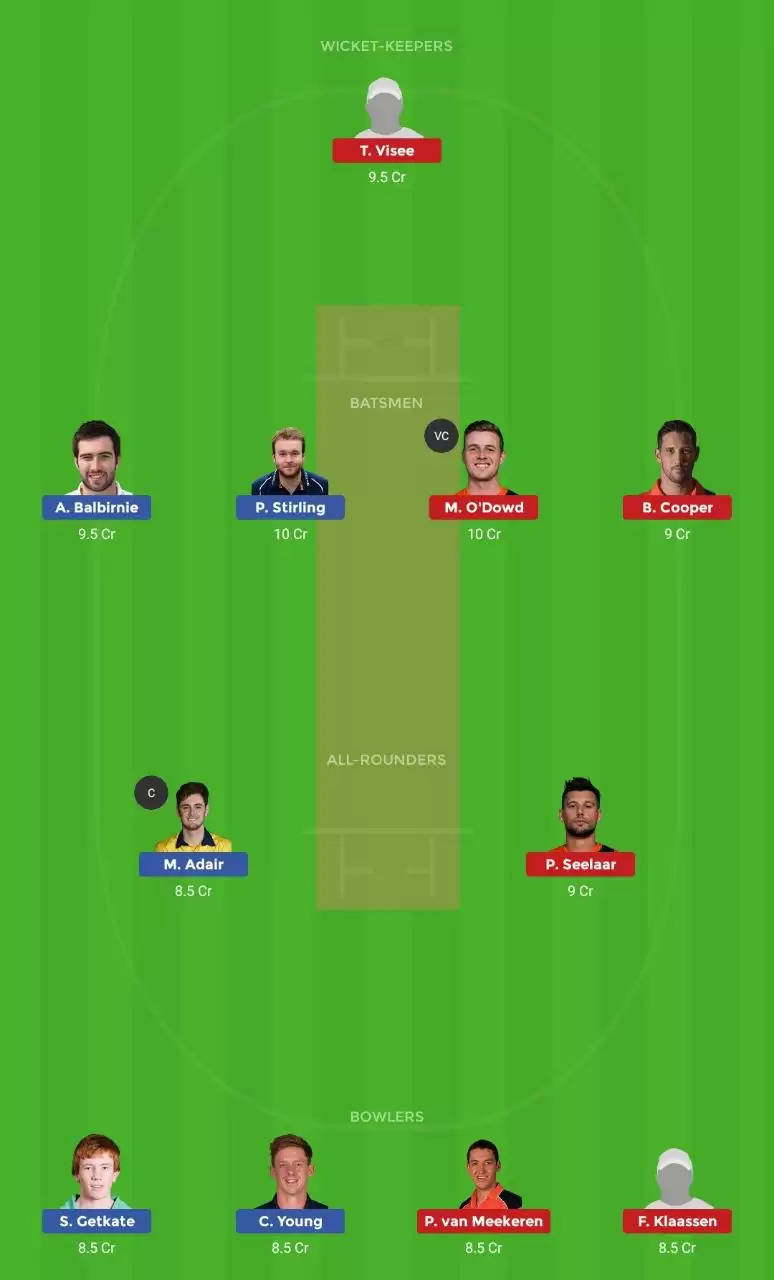 Amidst all the fanfare surrounding the ICC Test Nations and the newly introduced ICC World Test Championship, Ireland, Netherlands and Scotland take part in a tri-series with the first game scheduled between the Irish and the Dutch on Sunday. With the ICC T20 World Cup 2020 on the radar, both teams have brought in a couple of new faces although the core of the side remains the same. While Ireland will still be heavily dependent on Paul Stirling and Andy Balbirnie in the batting department, Netherlands looks to rattle the hosts early in the series under the able leadership of Pieter Seelar. All in all, both teams are evenly matched on paper and should put forth a highly entertaining contest in Dublin.

The pitch is a bowler-friendly one although the batsmen can score heaps of runs if they apply themselves and weather the storm initially. The last ODI played here saw new ball bowler dominate proceedings and should be no different on Sunday.

The weather forecast doesn’t look promising with persistent rain awaiting the two sides during the course of the match. The overcast conditions will definitely help the seamers with extra swing making the life difficult for the opposition batsmen

Injuries: No injury concerns were reported from both rosters

Ireland’s fortunes depend on their top three of Stirling, Balbirnie and O’Brien with all three of them capable of single-handedly winning games for their side. They have a number of all-round options which bodes well for the sake of balance with Marl Adair being one to watch out for with both bat and ball. George Dockrell should fill in as the lone spinner in the absence of Andy McBrine while Craig Young and Rankin spearhead the bowling unit.

A couple of new faces in Staal and Glover headline the roster for the Dutch, who don’t avail the services of Reolof van der Merwe for this series. Their opening pair of ODowd and Visee is a solid one and will be banked upon heavily while Ben Cooper’s ability to pace his innings nicely serves the team well. Snater and Klaassen have T20 Blast experience behind them and will be crucial to the cause alongside captain, Pieter Seelar, who doubles up as the lone spin option as well.

Given the nature of the pitch, Mark Adair is a must-have in the side with the Irish all-rounder in very good form in 2019. Usual suspects, Paul Stirling and Max ODowd are also picked in the fantasy team along with Adair, owing to their superior batting ability at the top of the order. Netherlands captain, Pieter Seelar is another resourceful player to have in the side while the likes of Ben Cooper and Paul van Meekeren should also earn a good number of fantasy points in this game. Craig Young and Shane Getkate should suffice from the Irish roster while only one keeper is picked in Tobias Visee, who bats at the top of the Dutch batting unit.