Jozi Stars vs Tshwane Spartans Dream11 Prediction: The second MSL match on Sunday sees the defending champions, Jozi Stars host Tshwane Spartans at the Wanderers. Jozi Stars has critically underwhelmed this season with no wins in five attempts. They look to register their first win of the season although they face a tough task against […]
By Dwijesh Reddy Sat, 23 Nov 2019 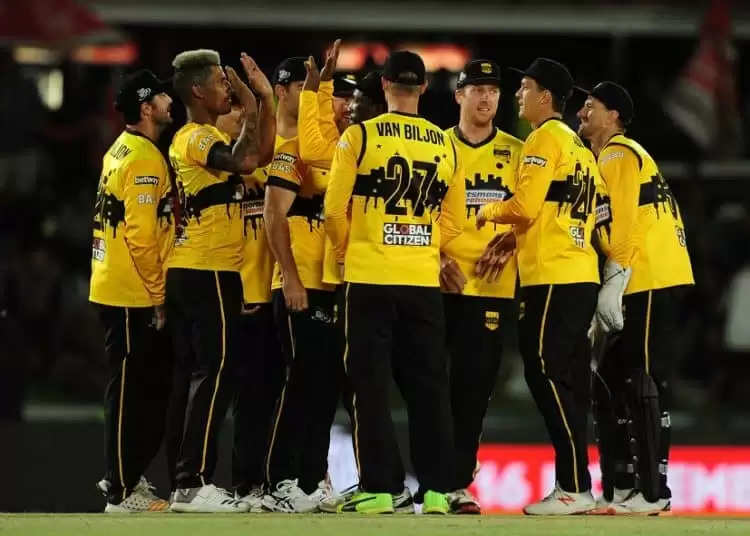 Jozi Stars vs Tshwane Spartans Dream11 Prediction: The second MSL match on Sunday sees the defending champions, Jozi Stars host Tshwane Spartans at the Wanderers. Jozi Stars has critically underwhelmed this season with no wins in five attempts. They look to register their first win of the season although they face a tough task against the Spartans. With the likes of AB de Villiers and Lungi Ngidi in their ranks, the Spartans are favourites to win this game. With their backs up against the wall, Jozi Stars will need their big guns to step up an open their account in MSL 2019.

A good batting surface awaits the two sides with 170 being par here. The spinners should get some turn from the surface with the pacers bound to revert to off-pace deliveries. With this being an afternoon fixture, batting first could be the preferred option

There isn’t any rain on the forecast which paves the way for a perfect day for a game of cricket. The temperature should range between 22-26 degrees Celsius while a few clouds are also expected to make an appearance as the game progresses.

Jozi Stars will have to stick with the same side for this game with their qualification hopes on the line. Chris Gayle should return to the top of the order with the south-paw unable to make an impact down the order. Reeza Hendricks and Temba Bavuma are in decent form although much is expected from Christian and Dussen. Their bowling unit also needs to step up as Kagiso Rabada leads a decent bowling unit on Sunday.
Reeza Hendricks, Temba Bavuma, Chris Gayle, Raasie van der Dussen, Daniel Christian, Sinethemba Qeshile, Ryan Rickelton, Kagiso Rabada, Simon Harmer, Aaron Phangiso and Duanne Olivier.
ALSO READ – THE UNDERAPPRECIATED SIDE OF STEVE SMITH’S MAGIC WITH THE BAT

Tshwane Spartans should field an unchanged side as well with their previous match being washed out. Dean Elgar and Theunis de Bruyn should open the batting with the likes of AB de Villiers and Heinrich Klaasen following suit. They have ample batting depth combined with a solid bowling unit led by Morne Morkel. Roelof van der Merwe and Tom Curran are also key to their cause as they look to win their second match of the season against Jozi Stars.

AB de Villiers is due for a big knock and should feature in most fantasy teams for this game. Along with him, Chris Gayle is another good option with this being his final game in MSL 2019 for Jozi Stars. Reeza Hendricks has scored over 200 runs and warranties a place in the side while the likes of Daniel Christian and Roelof van der Merwe find a place as well. In the bowling department, Kagiso Rabada and Lutho Sipamla should pick a wicket or two with Morne Morkel also being one to watch out for. Theunis de Bruyn scored a brisk 40 in his previous outing and should be able to score some runs on Sunday as well.