KAR vs TN Dream11 Prediction: The final of the Syed Mushtaq Ali Trophy is upon as Karnataka and Tamil Nadu battle it out once again in Surat. Both teams have faced each other a few times this season. Both these teams featured in the Vijay Hazare Trophy final as well which saw Abhimanyu Mithun pick […]
By Dwijesh Reddy Sun, 1 Dec 2019 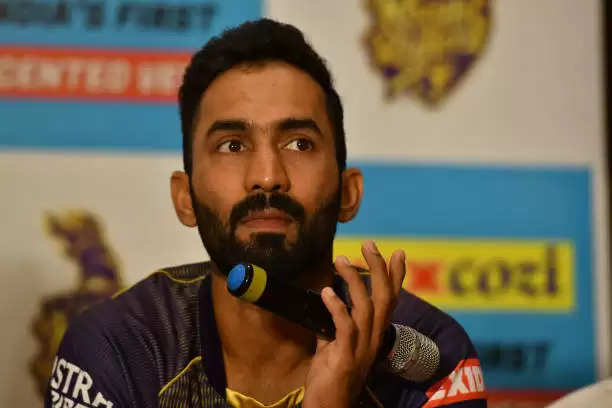 KAR vs TN Dream11 Prediction: The final of the Syed Mushtaq Ali Trophy is upon as Karnataka and Tamil Nadu battle it out once again in Surat. Both teams have faced each other a few times this season. Both these teams featured in the Vijay Hazare Trophy final as well which saw Abhimanyu Mithun pick a hattrick. With a couple of injuries, Tamil Nadu will begin as the underdogs with a spin-heavy attack. In spite of a lack in experience, TN should give Karnataka a good fight, who have been exceptional with the bat this season. All in all, a competitive game is on the cards between the two sides with everything to play for on Sunday.

A high-scoring pitch is on offer with the previous game also playing host a competitive game. While the spinners will come into play, the batsmen should have the upper hand with dew also playing a role in the second half. Teams will prefer chasing although the occasion would say otherwise

The weather is clear for this game with a few clouds expected to make an appearance as well. With the temperature hovering around 29 degrees Celsius, dew and humidity will also play a part in the proceedings

No changes are expected from Karnataka after a convincing win over Haryana in the semi-finals. Their batting unit is filled with talent with Devdutt Padikkal and KL Rahul firing on all cylinders. Shreyas Gopal has been in fine form with the ball and will be key alongside Abhimanyu Mithun and K Gowtham with the ball.

As for Tamil Nadu, it is still unsure whether they will persist with their spin heavy bowling unit for this game. Nevertheless, they have a very long batting unit with Ravichandran Ashwin even opening the batting in the previous game. Washington Sundar’s fifty in the previous game holds him good stead as he is crucial to their fortunes with both bat and ball. Sai Kishore and Siddharth have picked wickets consistently which has served TN well.

Devdutt Padikkal tops the run-scoring charts with an impressive tally of 548 runs this season. With an exceptional fifty against Haryana holding him on good stead, he is a must-have in the side along with the likes of Dinesh Karthik and KL Rahul. Mayank Agarwal also got some runs under his belt earlier in the week and should do well while Washington Sundar is also a resourceful asset to the fantasy side. Abhimanyu Mithun’s fifer holds him in good stead as well. Siddharth and Gopal should round the team off with both them picking 12 and 18 wickets respectively this season.

ALSO READ: THE UNDERAPPRECIATED SIDE OF STEVE SMITH’S MAGIC WITH THE BAT 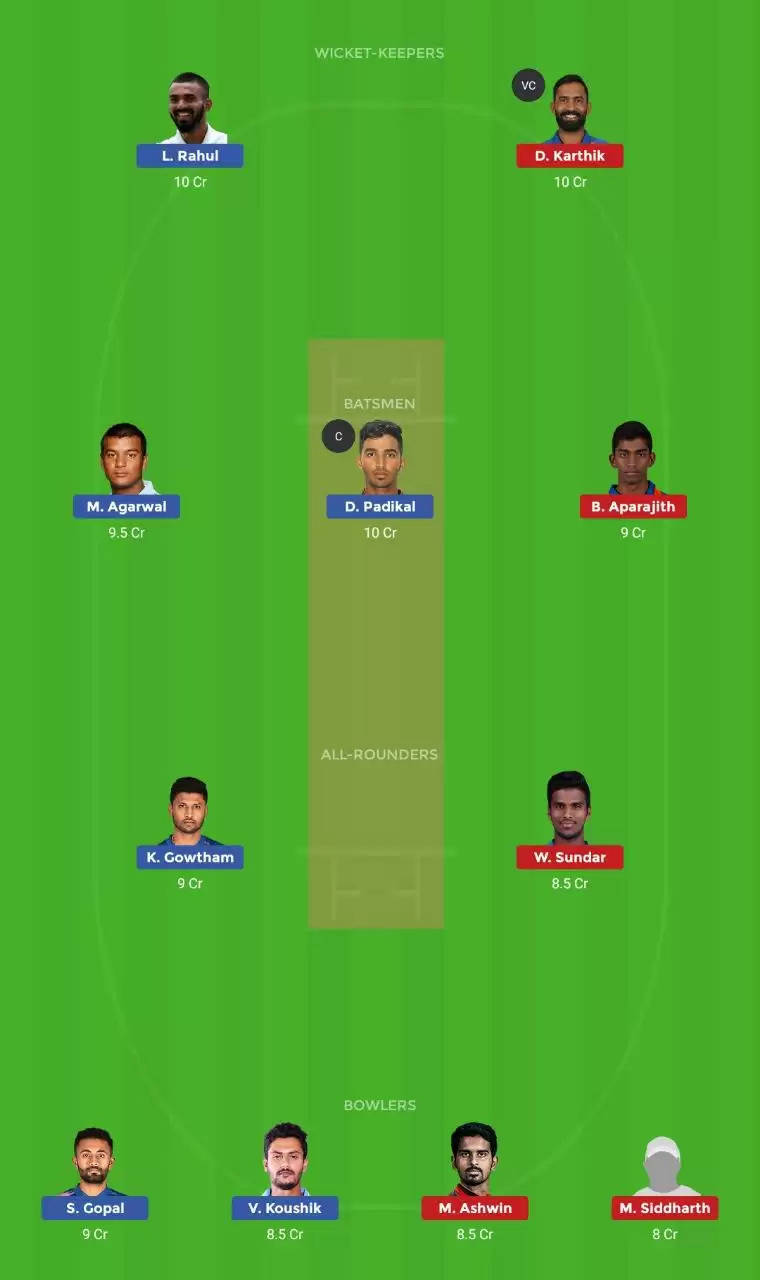