KAR vs UP Dream11 Fantasy Preview: The second round of fixtures in the Ranji Trophy pits Karnataka against UP at KSCA Cricket Ground in Hubli. Karnataka had a brilliant start to their campaign as Krishnappa Gowtham led the way with 14 wickets against TN. Uttar Pradesh, on the other hand, drew it’s first game and […]
By Dwijesh Reddy Mon, 16 Dec 2019 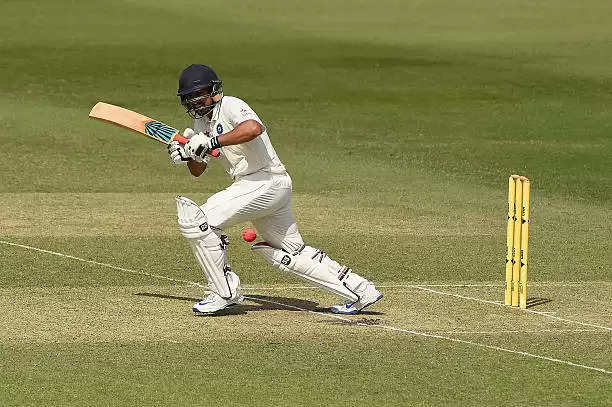 KAR vs UP Dream11 Fantasy Preview:

The second round of fixtures in the Ranji Trophy pits Karnataka against UP at KSCA Cricket Ground in Hubli. Karnataka had a brilliant start to their campaign as Krishnappa Gowtham led the way with 14 wickets against TN. Uttar Pradesh, on the other hand, drew it’s first game and would be eyeing an upset win over Karnataka. On paper, Karnataka is the more accomplished side although UP’s young bowling is a genuine threat to any batting unit in the competition. Although all the signs point towards another Karnataka win, a competitive game is given in Hubli

Match Details for KAR vs UP:

Pitch Report for KAR vs UP:

Another good pitch with something in it for both pacers and spinners is on the cards in Hubli. Spin is expected to play a major role from the second day itself with conditions suitable for batting early on. Either team will look to bat first upon winning the toss.

The weather is all clear for this game with a few clouds expected as well. While the temperature is set to hover around 26 degrees Celsius, humidity could play a part.

Predicted XI for KAR vs UP:

UP should field an unchanged side for this game after a draw in the previous round. They have a very young and talented side in their ranks with their bowling unit being led by Shivam Mavi and Ankit Rajpoot. While they have some experience in the form of Rinku Singh and Akshdeep Nath, a lot is expected from Aryan Juyal, who is one of India’s finest U-19 stars. While they have a long tail, UP will look to use the new ball to their advantage as they would love to level the field against Karnataka

Karnataka will not avail the services of Mayank Agarwal, who is on the Indian ODI side against West Indies. Ravikumar Samarth is the ideal replacement for Agarwal while the rest of the side remains the same for this game. The onus will be upon the duo of Karun Nair and Devdutt Padikkal to hold the fort in the batting unit with their bowling attack in fine form. Shreyas Gopal and Krishnappa Gowtham will be key in the spin unit in this game against UP.
Ravikumar Samarth, Dega Nischal, Devdutt Padikkal, Karun Nair, Pavan Deshpande, Shreyas Gopal, Krishnappa Gowtham, Sharath BR, David Mathais, V Koushik and Ronit More.

Dream11 Top Picks for KAR vs UP

Devdutt Padikkal, who top-scored in both the Vijay Hazare Trophy and Syed Mushtaq Ali Trophy, scored a fifty in the first fixture against Tamil Nadu. He is a must-have in the side along with Krishnappa Gowtham. Rinku Singh, who has been in the domestic circuit for quite some time now, is also a viable option as he is picked alongside Karun Nair in the fantasy team. Akshdeep Nath also finds a place in the side while the duo of Ankit Rajpoot and V Koushik should also pick a few wickets with the new ball in this game. 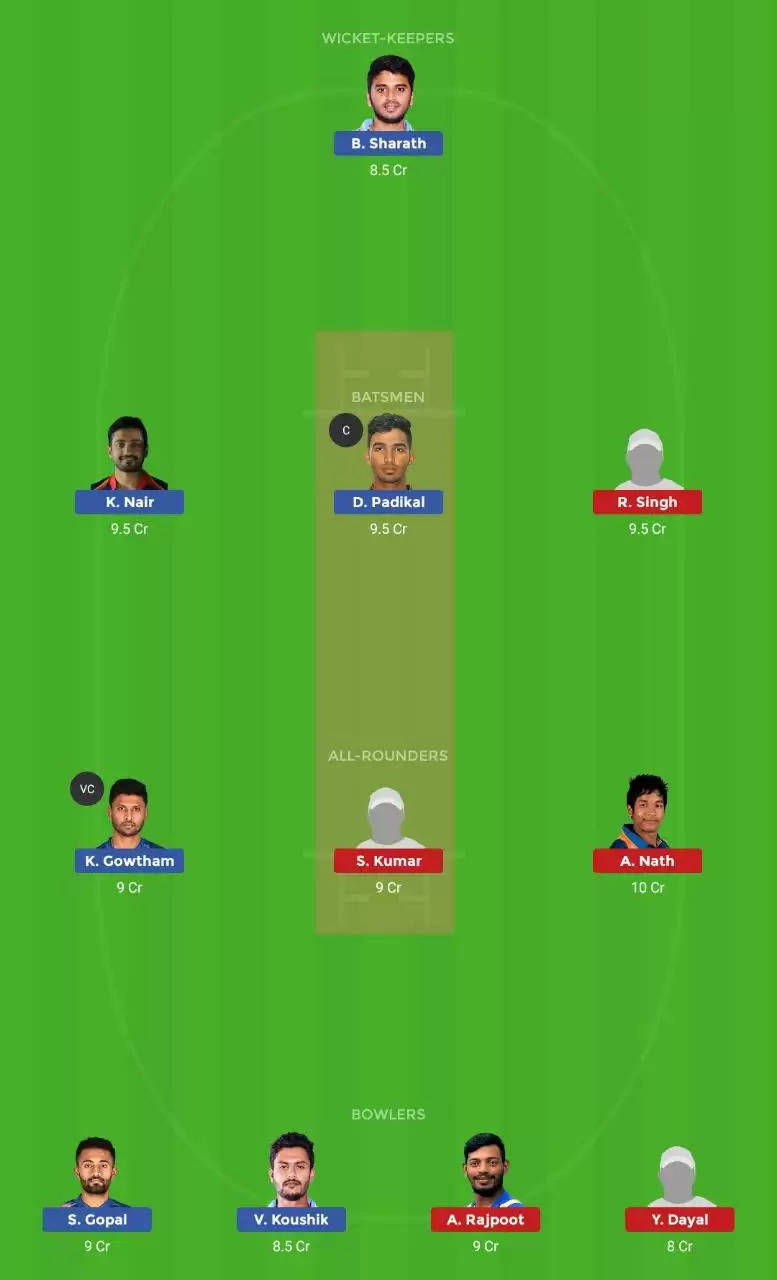 KAR vs UP Dream11 Team