Prediction for KOL vs RR Dream11 Contest - Playing XI, Injury Updates, Pitch Report and Weather report for the clash between Kolkata Knight Riders and Rajasthan Royals in Match 47 of the IPL 2022 season.
By Robin Sharma Mon, 2 May 2022 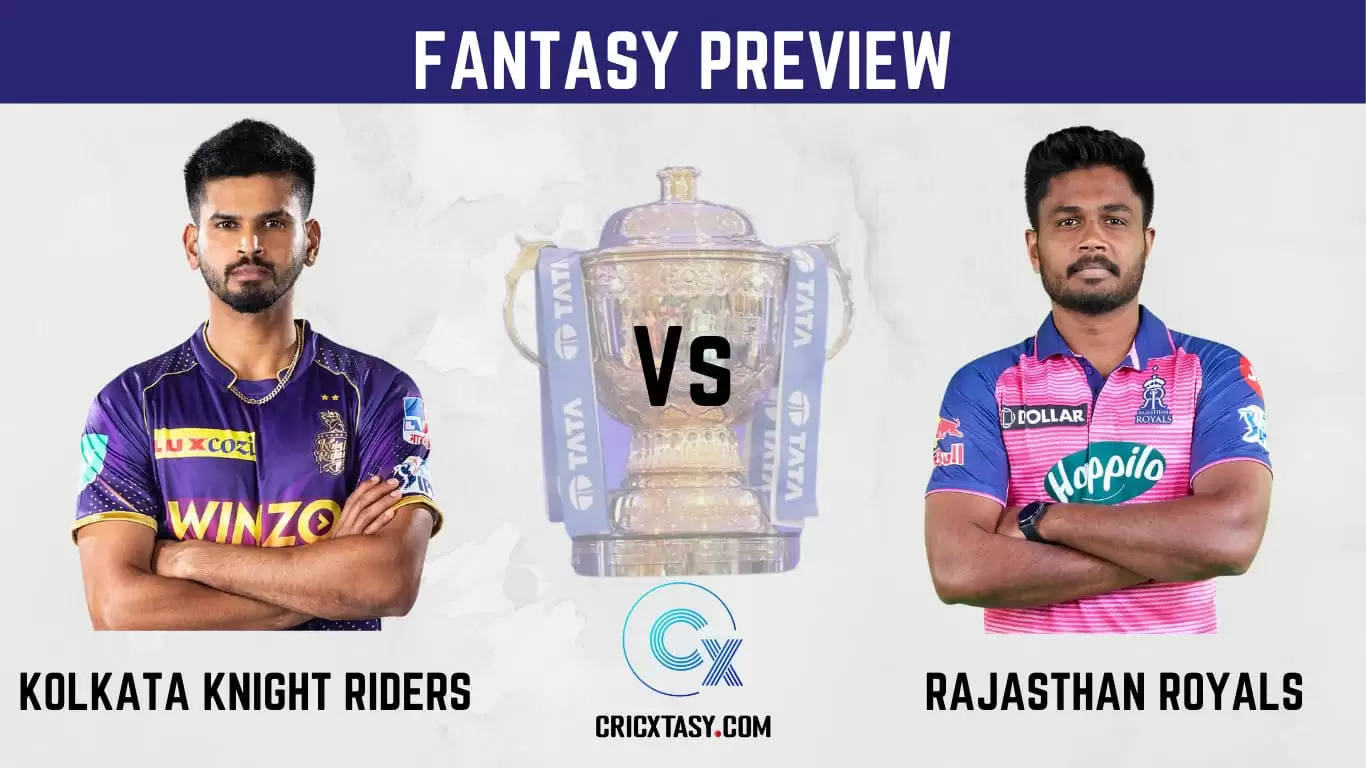 Both Rajasthan Royals and Kolkata Knight Riders are coming off a defeat from their last respective games and will be eyeing a win in this match. RR have played 9 games and are at the 2nd position with 6 wins while KKR have won 3 matches out of 9 and are at the 8th position.

Rajasthan Royals are one of the best teams of IPL 2022. They have been brilliant in this season so far. Jos Buttler is the main reason for their success alongside the bowling attack. Buttler is in sublime form and is scoring heaps of runs for fun this season. The likes of Sanju Samson and Devdutt Padikkal have played a few good knocks but they need to be more consistent. Riyan Parag is looking in good form as well while Shimron Hetmyer has looked off-color in the last few games. Daryl Mitchell, who has played two games, has been average for the Royals

Their bowlers are in terrific form and have won many games on their own. Yuzvendra Chahal, Prasidh Krishna, Ravichandran Ashwin, Kuldeep Sen have been exceptional in the last two games. Trent Boult hasn’t been at his best but he will do well when the team needs him the most. Rajasthan lost a close game against Mumbai and will look to come back on the winning track in this game.

Kolkata Knight Riders have been below average in the last few games. They have lost 5 games in a row. They were defeated by the Delhi Capitals in their last game by 4 wickets. There has been a lot of chopping and changing in the KKR XI and they’ve struggled to find stability. They have changed their opening pair in almost every game. Shreyas Iyer has been the only consistent performer. Nitish Rana has looked in good touch as well while Rinku Singh has excellent form in the last two games. Andre Russell too hasn’t been at his destructive best.

Their bowlers have been average as well. Umesh Yadav bowled well in the last game and picked 3 wickets. Tim Southee is also bowling well. Sunil Narine has been very economical but the others have been below average and inconsistent. KKR needs to perform consistently as a team and start winning to give them any chance of qualifying to the play-offs.

Wankhede Stadium is known for its good bounce. The new ball will swing and seam for the first few overs. Batting will be easy as the batters can play their shots trusting the pitch. Spinners have been effective here in the last few games. Teams batting first have found more success here as they have won 4 out of the last 6 games. Despite that captains will prefer chasing after winning the toss.

Kolkata Knight Riders will be favorites to win this match against the Rajasthan Royals.

One of Sam Billings or Aaron Finch will open the innings and Shivam Mavi can replace Baba Indrajith. 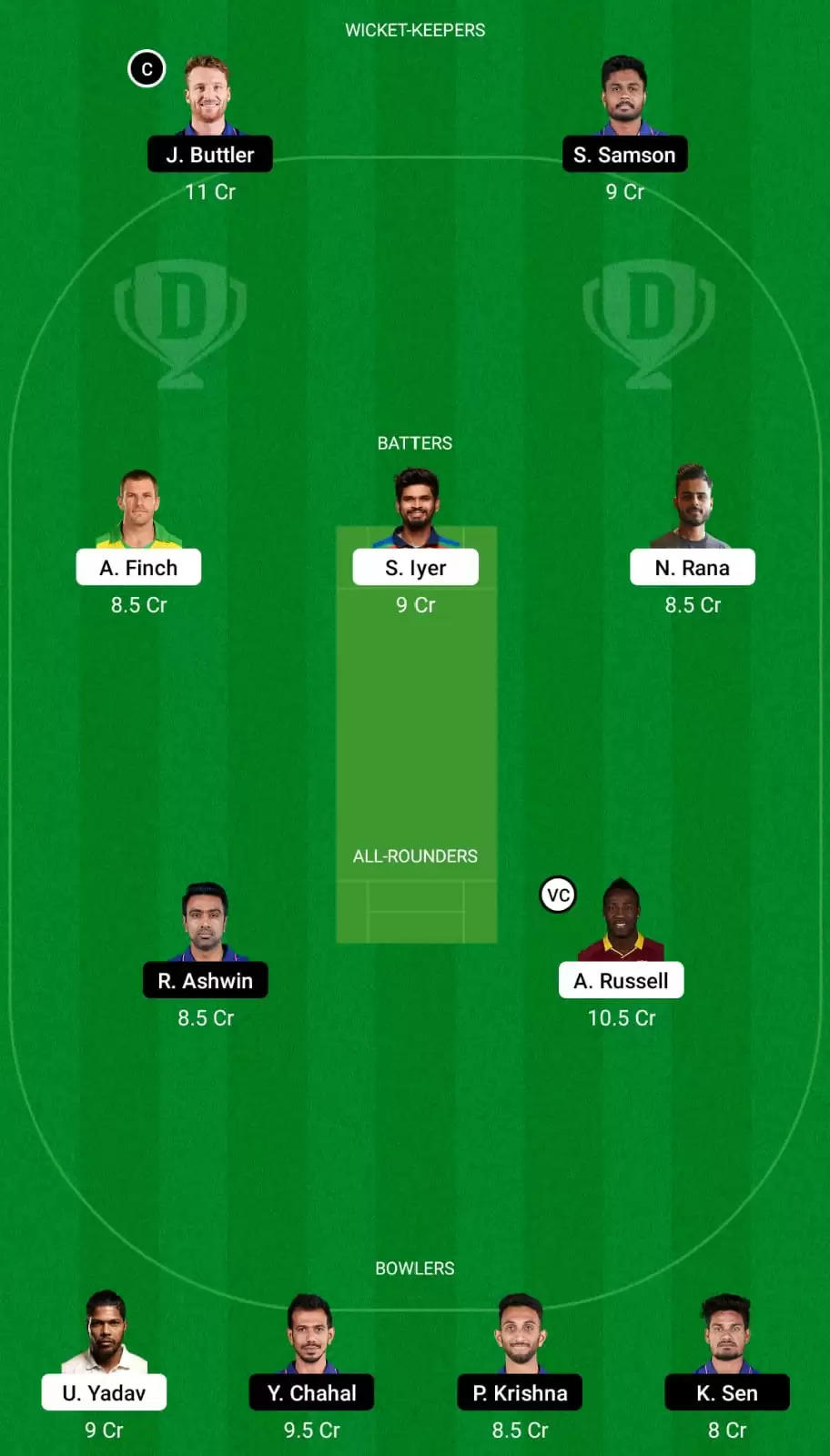 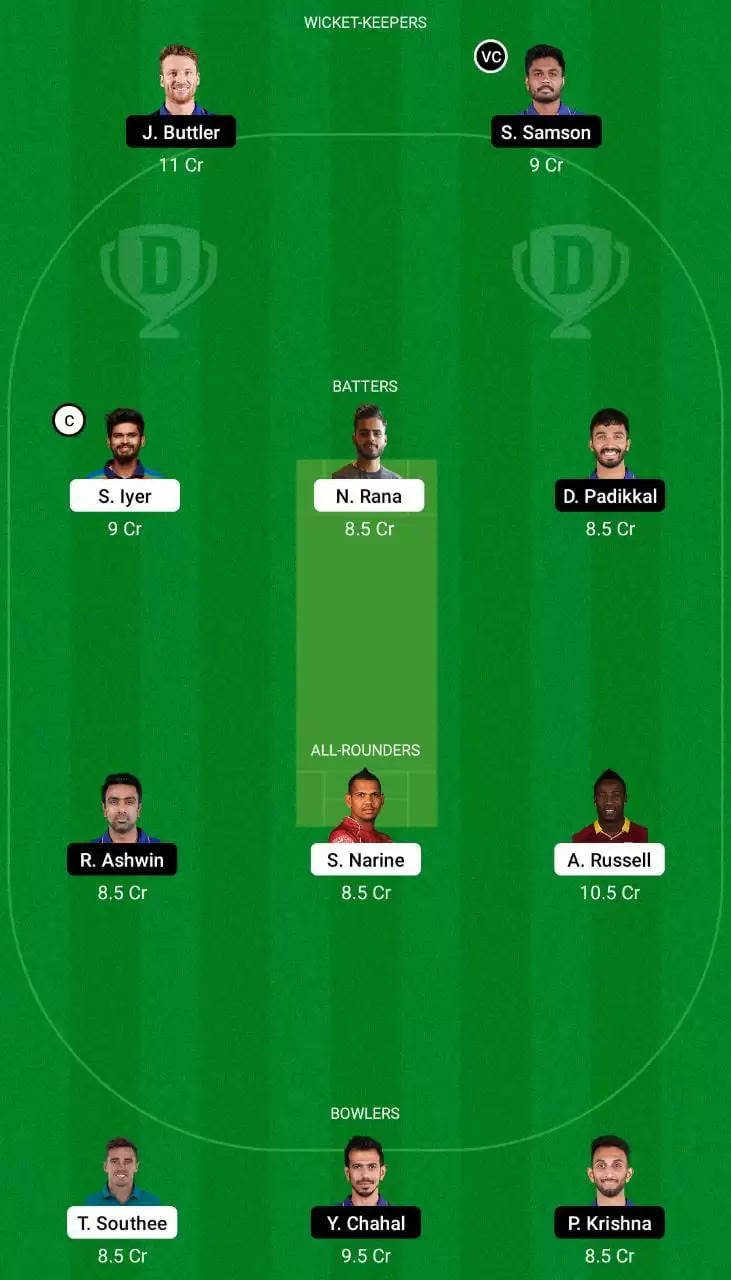 Which Contests to Join for KOL vs RR  Dream11 Match