Prediction for LKN vs GT Dream11 Contest - Playing XI, Injury Updates, Pitch Report and Weather report for the clash between Lucknow Super Giants and Gujarat Titans in Match 57 of the IPL 2022 season.
By Robin Sharma Tue, 10 May 2022 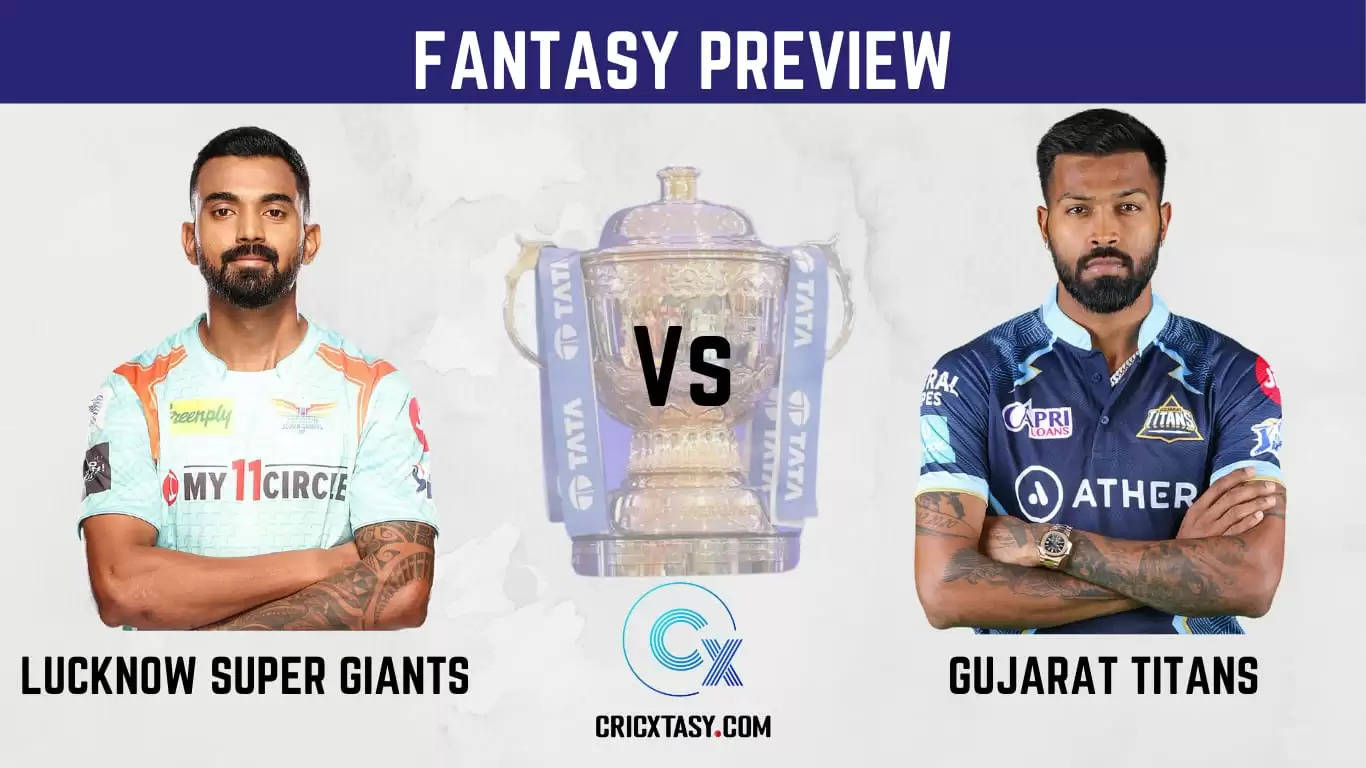 Lucknow Super Giants are in red hot form and that reflects in their position in the points table. They have won 4 matches in a row and their batters and bowlers have been in excellent form. KL Rahul and Quinton de Kock are one of the best openers in the tournament and both are in good form. Deepak Hooda has been exceptional for them at number 3 while. Krunal Pandya, Ayush Badoni, and Marcus Stoinis have done well in the middle-order. Lucknow’s batting has been consistent but there is a little scope of improvement in the middle-order.

The bowlers have been phenomenal for the Super Giants and are the main reason for the team's success in this season. They have won the last 4 games while defending the target. Mohsin Khan, Dushmantha Chameera, Avesh Khan, and Jason Holder have been excellent and have picked wickets very consistently. Krunal Pandya too has done well as the left-arm spinner. Ravi Bishnoi hasn’t picked a lot of wickets but he too has bowled well. Lucknow’s strength is their bowling and they will look to win this game and confirm their play-offs spot.

Gujarat Titans too have played well in the tournament but they’ve lost their last two games in a row. Their middle-order has struggled and that’s concerning for them Wriddhiman Saha and Shubman Gill have done a terrific job at the top of the order and they need the middle-order to capitalize on the good start. Hardik Pandya has’t get going in the last few games and will look to lead his side from the front in this game. Sai SUdarshan has been decent for them. David Miller too needs to score some runs now. Rahu Tewatia and Rashid Khan have been very consistent lower down the order.

Bowling has been the strength for Gujarat as well but the bowlers have been a little inconsistent as well. Mohammed Shami has done well with the new ball but Lockie Ferguson and Alzarri Joseph have been very expensive in the last few games and need to bowl well. Pradeep Sangwan has been decent for them while Rashid Khan is consistent as ever in the spin department. Gujarat bowlers need to improve a little and they will look to do that in this game. Gujarat also need one more to win to confirm their play-offs spot.

The pitch at Pune, overall, has been excellent for batting. There has been good help for the spinners at this venue. The ball grips and turns in the second innings as well. The new ball will move a little for the pacers. The average first innings score here is 172 runs in IPL 2022. Teams batting first have won 8 out of 11 games played here. Teams will look to chase after winning the toss but won’t mind batting first either.

Both teams are expected to be unchanged for this game 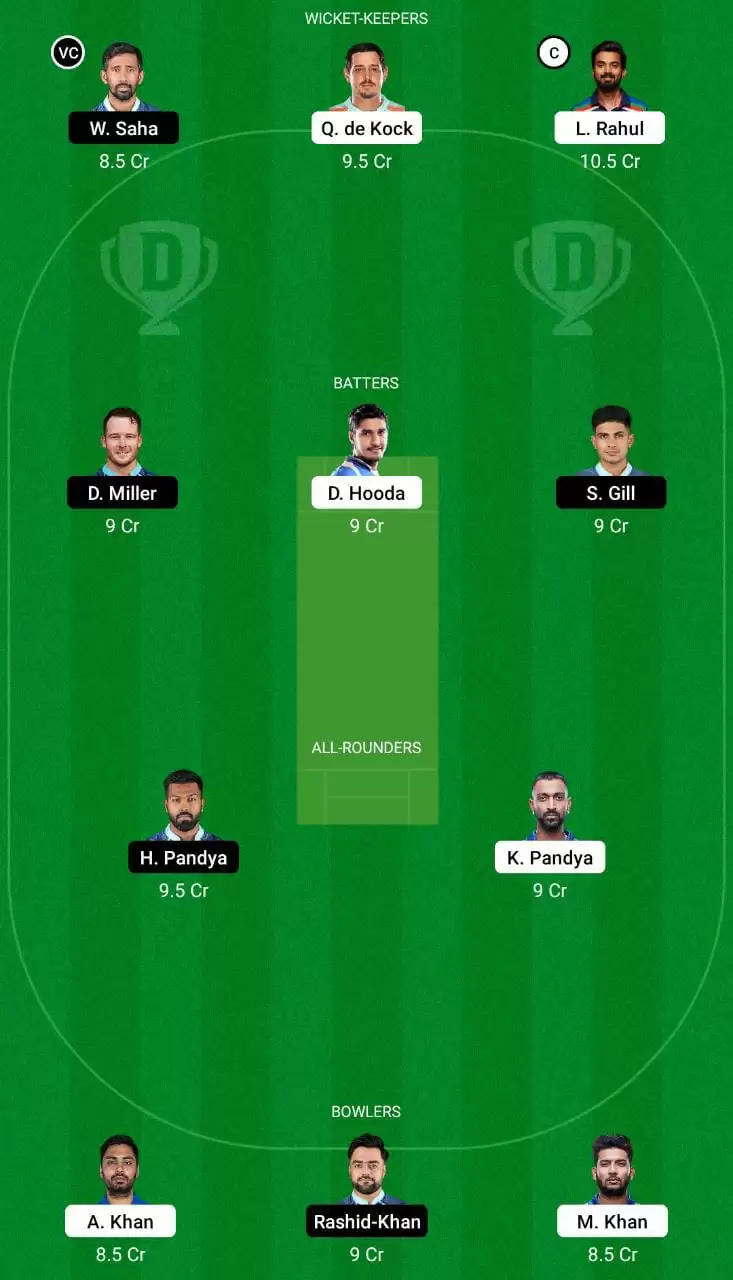 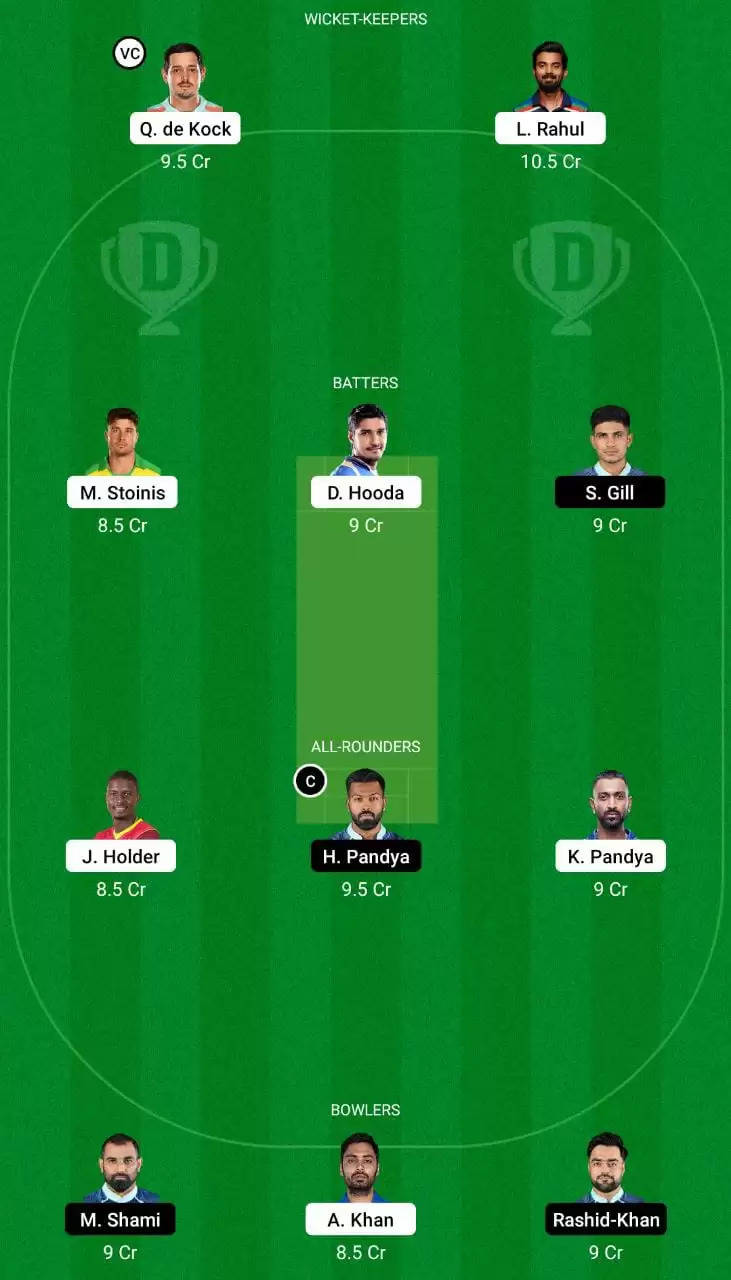 Which Contests to Join for LKN vs GT Dream11 Match