Prediction for LKN vs KOL Dream11 Contest - Playing XI, Injury Updates, Pitch Report and Weather report for the clash between Lucknow Super Giants and Kolkata Knight Riders in Match 53 of the IPL 2022 season.
By Robin Sharma Sat, 7 May 2022 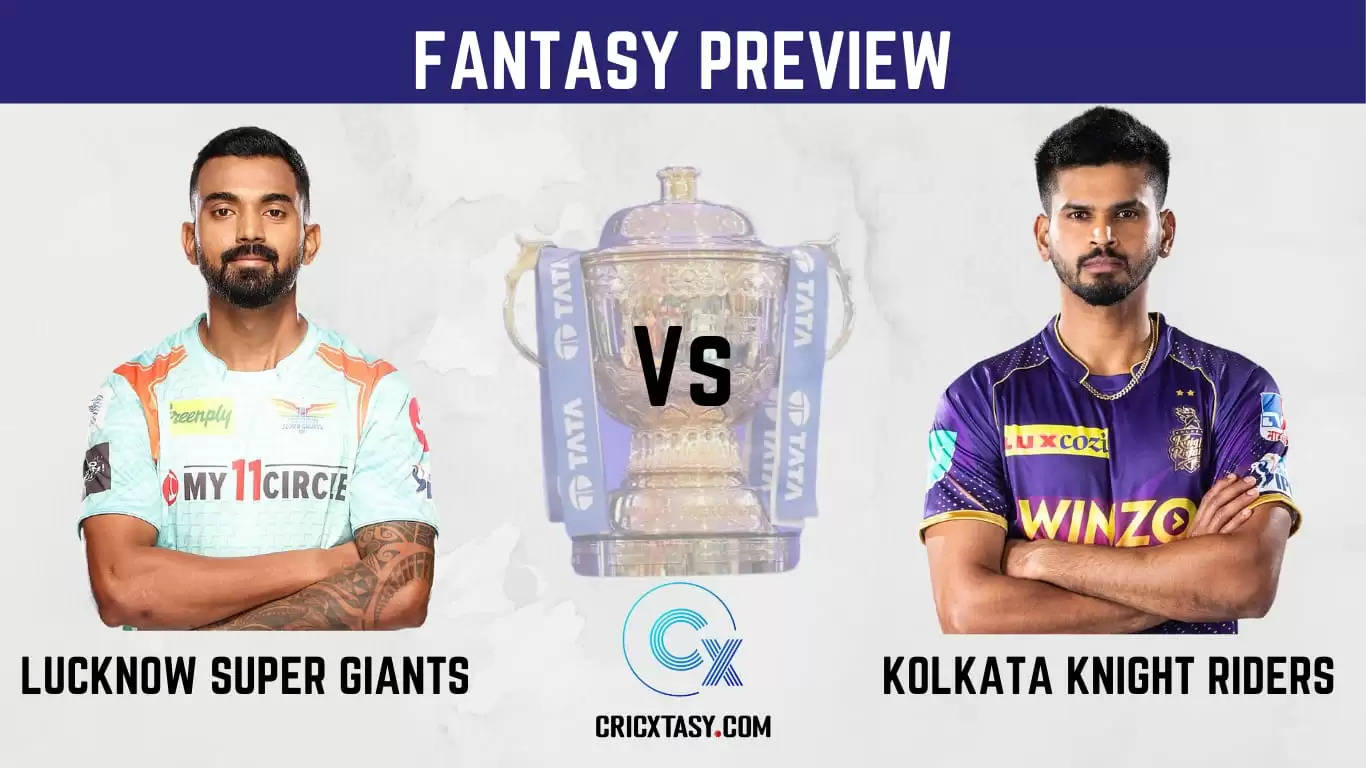 Lucknow Super Giants are in excellent form in IPL 2022. They are in 2nd position with 7 wins in 10 matches. They defeated the Delhi Capitals by 6 runs in their last game and now they’ve won 3 games in a row.

KL Rahul is in sublime form and is scoring runs in almost every game. Quinton de Kock has failed to play a big innings in the last few matches but he too is looking in good form. Deepak Hooda is batting at number 3 for Lucknow and has done a great job. The middle-order of Lucknow is struggling a bit as Ayush Badoni and Krunal Pandya have been a little inconsistent with the bat but both are good players and expect them to do well in the upcoming games.

Their bowling attack is one of the best in the league as Dushmantha Chameera and Jason Holder have been brilliant with the new ball and in the death overs as well. Mohsin Khan has impressed everyone by picking 2 back to back 4 wicket-hauls. Krunal Pandya and Ravi Bishnoi have been good in the spin department. Lucknow is performing like a team and will look to continue that in the upcoming games.

Kolkata Knight Rider finally won after losing 5 games consecutively. They defeated the Rajasthan Royals by 7 wickets in their last match. They played like a team with their batters and bowlers performing well and that’s a great sign for them.

Kolkata’s bowlers were brilliant in the last match. Umesh Yadav continued his good form and picked wickets with the new ball while Tim Southee bowled well in the death overs and picked 2 wickets. Shivam Mavi was brilliant as well with his variations. Anukul Roy too bowled well in his first game. KKR will look to keep the momentum going in this match and the upcoming matches.

The pitch at Pune has something for everyone. Batters will enjoy batting at this pitch while the new ball will swing which will help the pacers. There will be grip and turn for the spinners as well. The average first innings score here is 170 runs. Batting first has been very fruitful here as sides batting first have won 7 out of the 10 games played here in IPL 2022. Teams will most probably look to chase after winning the toss.

Both teams are expected to be unchanged for this game 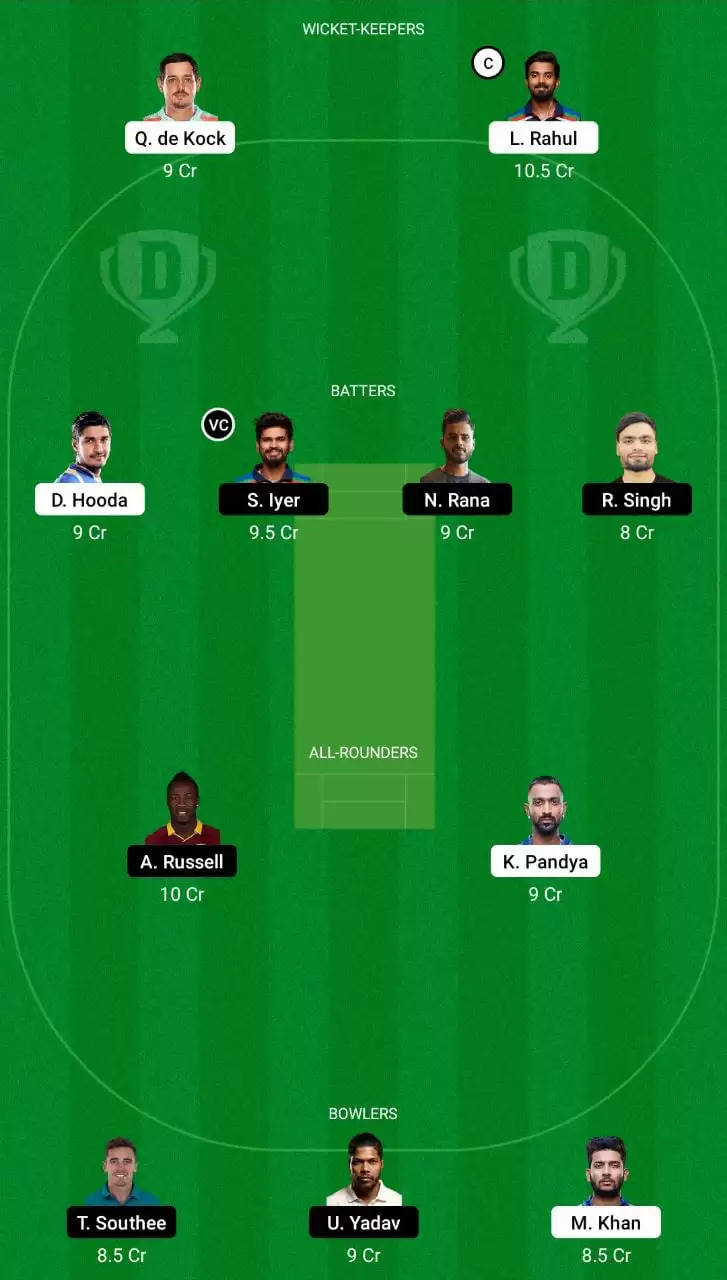 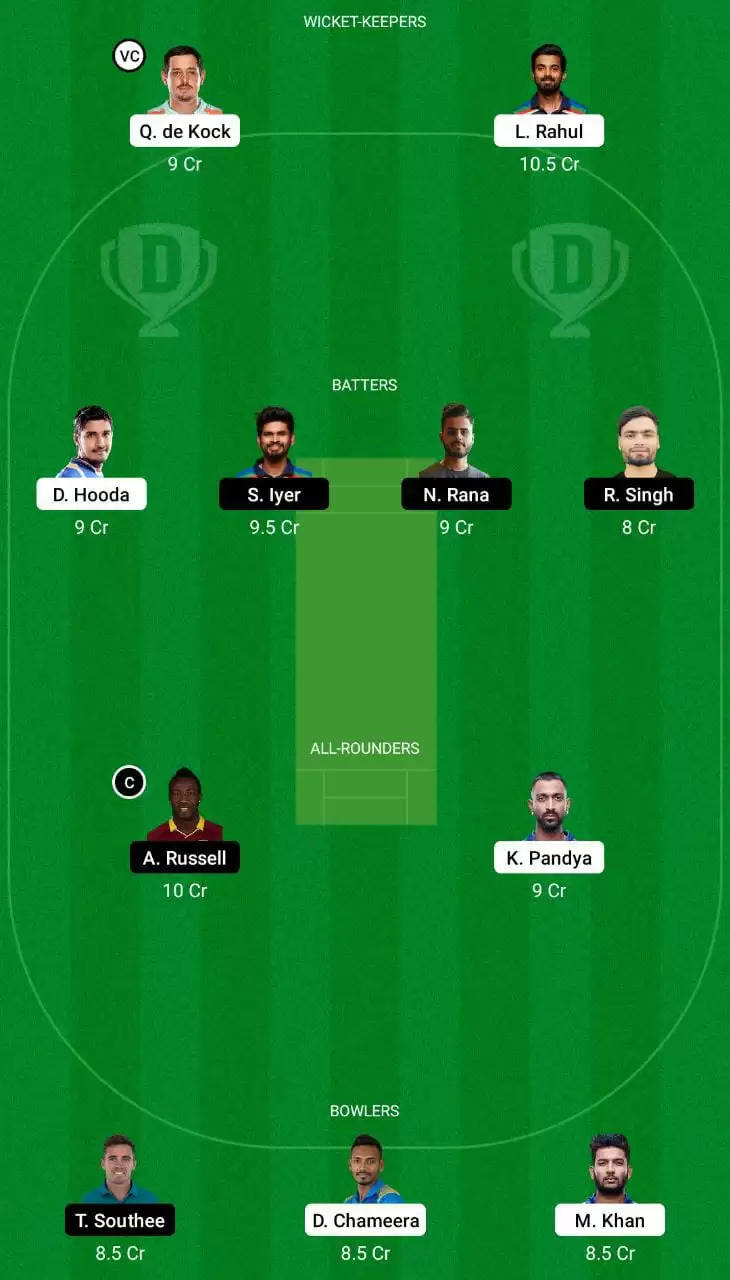 Which Contests to Join for LKN vs KOL Dream11 Match