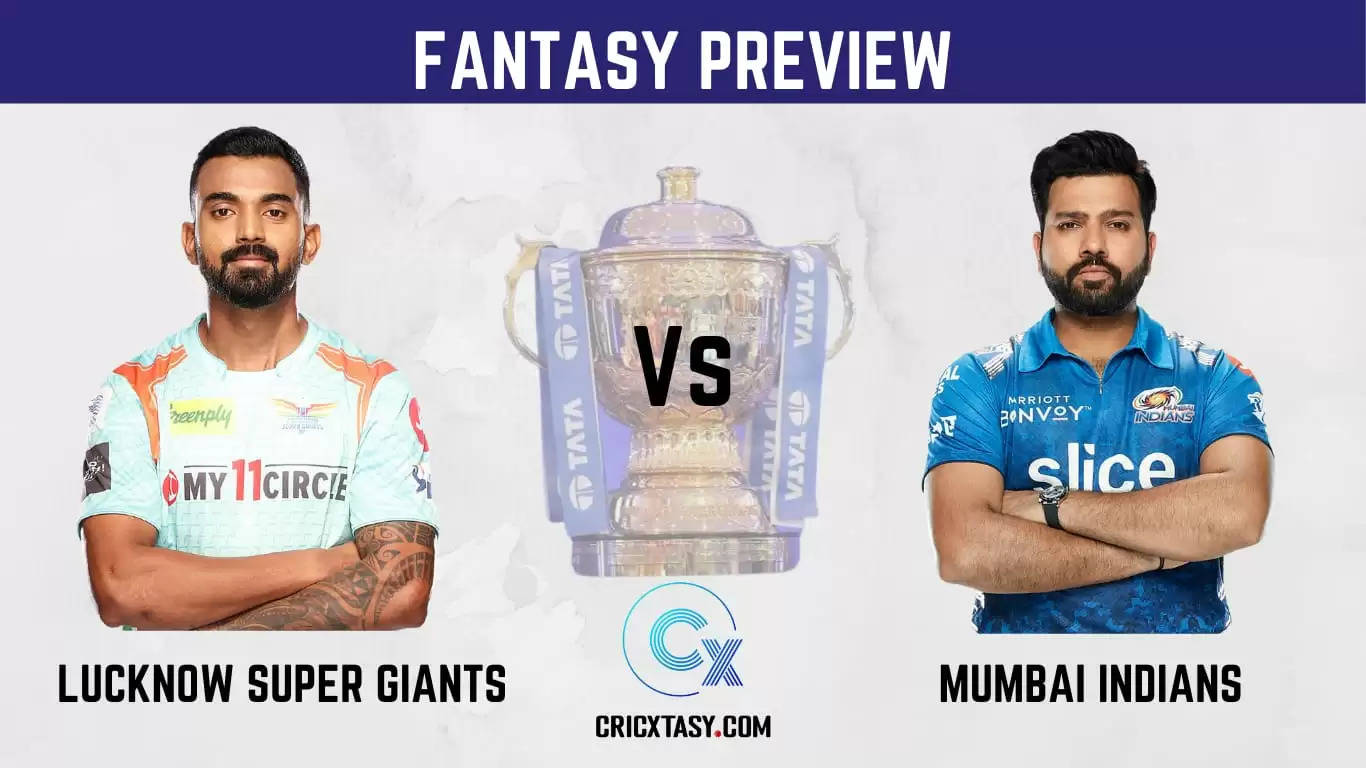 Lucknow Super Giants are at the 4th position with 4 wins and 3 defeats in 7 matches. They lost their last game by 18 runs against the Royal Challengers Bangalore. Lucknow's main strength is their opening pair and they struggled in the last game when both KL Rahul and Quinton de Kock got out cheaply. They have a good middle-order in Deepak Hooda, Ayush Bodoni, Krunal Pandya, and Marcus Stoinis. Jason Holder too can bat down the order. Lucknow needs to be consistent with the bat.

Their bowling unit has done well till now. Avesh Khan, Jason Holder and Dushmantha Chameera have been in good form while Ravi Bishnoi and Krunal Pandya have done well as their spinners. Marcus Stoinis can bowl an over or two as well. LSG have already defeated the Mumbai Indians once this season and will look to repeat the same in this game.

WATCH: Caught Out, But Not Out! Andre Russell gets a reprieve despite getting dismissed by Gujarat Titans' Yash Dayal

Mumbai Indians, on the contrary, are at the bottom of the points table with 7 defeats in 7 games. The 5-time champions are yet to win their first game of IPL 2022. They were defeated by the Chennai Super Kings by 3 wickets in their last game. Rohit Sharma and Ishan Kishan’s below average performance till now is the main reason for their poor performance. The bowlers too have struggled especially in the death overs. Suryakumar Yadav has been their best batter while Dewald Brevis and Tilak Varma have contributed as well.

The bowlers have been below average as well this season. Jasprit Bumrah too has gone for runs in some games and has failed to pick wickets. Others have been very expensive and the spin department has failed completely. Hritik Shokeen showed a lot of potential as an off-spinner and he did well with the bat as well against CSK. Jaydev Unadkat has picked wickets but he has been expensive. Riley Meredith was decent in his first game for MI while Daniel Sams bowled well and picked up 4 wickets in the last game. MI needs their batters and bowlers to step up and do well in this game to register their first win of the season.

Wankhede stadium has been an excellent venue for batting and it will be the same in this game as well. 222 was almost chased down in the DC vs RR game played here. There is good bounce in the wicket which will allow the batters to play their shots while pacers will enjoy some movement with the new ball. There won’t be much for the spinners in this game. Teams will look to chase here after winning the toss. THe average first innings score here is 167 runs in IPL 2022. Chasing sides have won 5 out of 7 games played here.

Lucknow Super Giants are expected to be unchanged for this game

Mumbai Indians are expected to be unchanged as well. 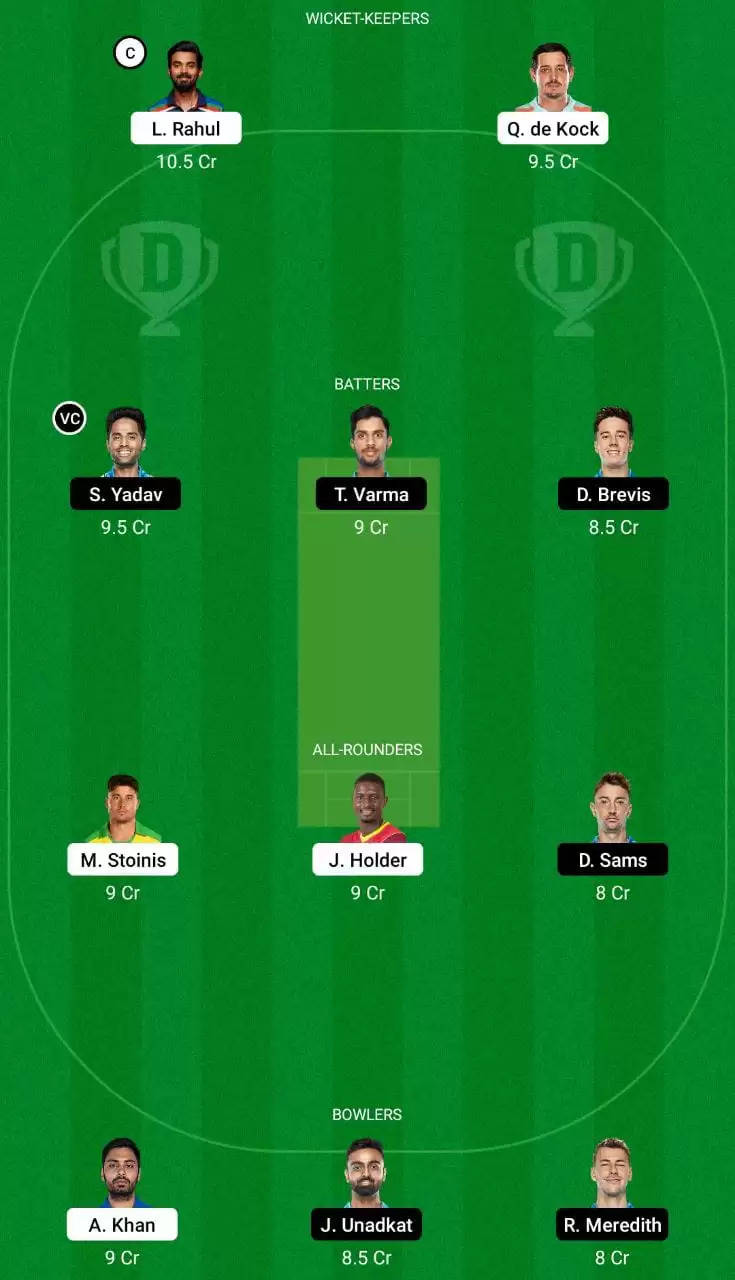 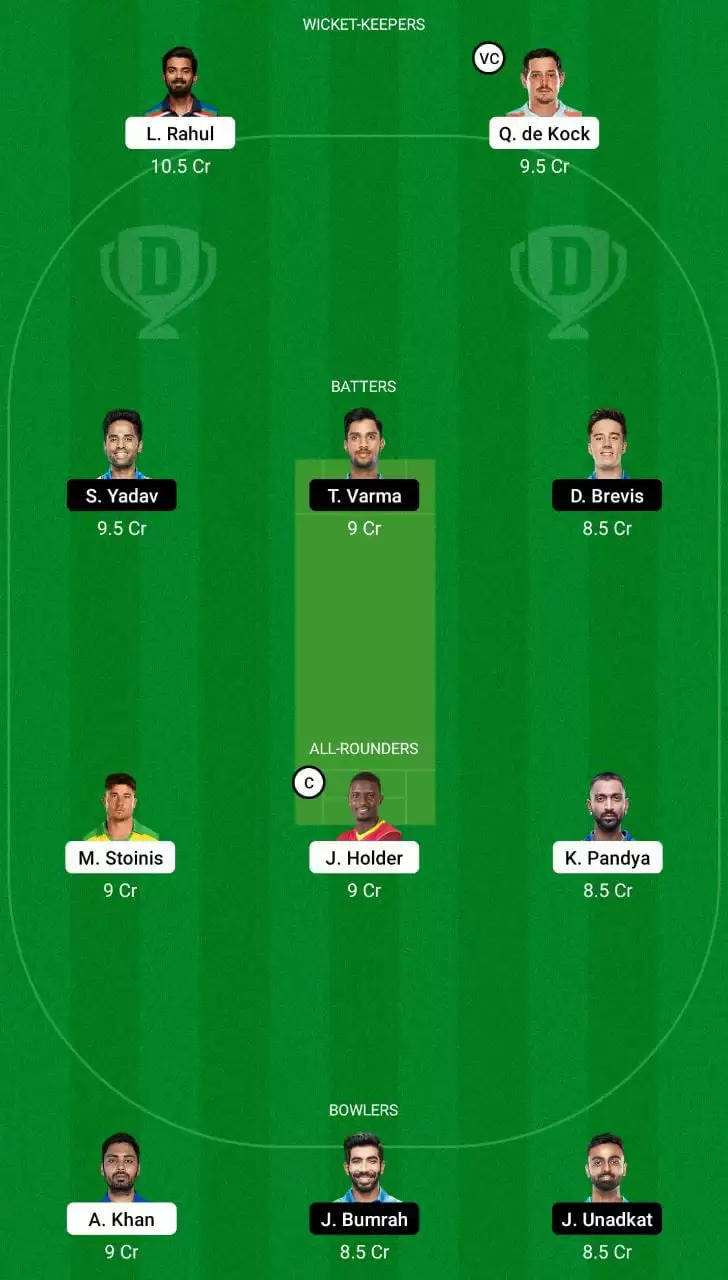