MSW vs BHW Dream11 Prediction for today’s match: With four wins and seven matches and 8 points under their belt, Brisbane Heat Women (BHW) are among the sure favorites to compete in the knockouts, and hopefully win the WBBL title in case everything falls in their favor. The Kirby Short-led side has won two games […]
By V Shashank Tue, 12 Nov 2019 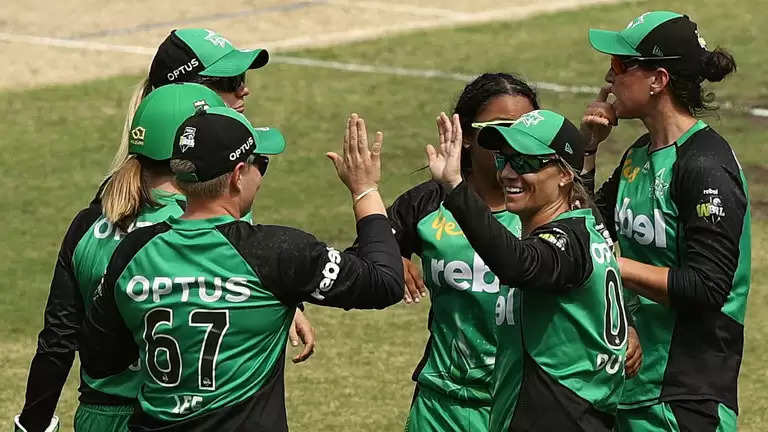 MSW vs BHW Dream11 Prediction for today’s match:  With four wins and seven matches and 8 points under their belt, Brisbane Heat Women (BHW) are among the sure favorites to compete in the knockouts, and hopefully win the WBBL title in case everything falls in their favor. The Kirby Short-led side has won two games in succession and would look to seize a third in the game at Melbourne.

On the other hand, Melbourne Stars Women (MSW)are on the verge of eviction from the T20 tournament. The Ellyse Villani-captained lineup is currently placed at the bottom of the points table with merely a sole win in seven matches and six defeats to their name. The hosts would probably opt for a change in the strategy if they are vying for a place in the top four in the points tally. 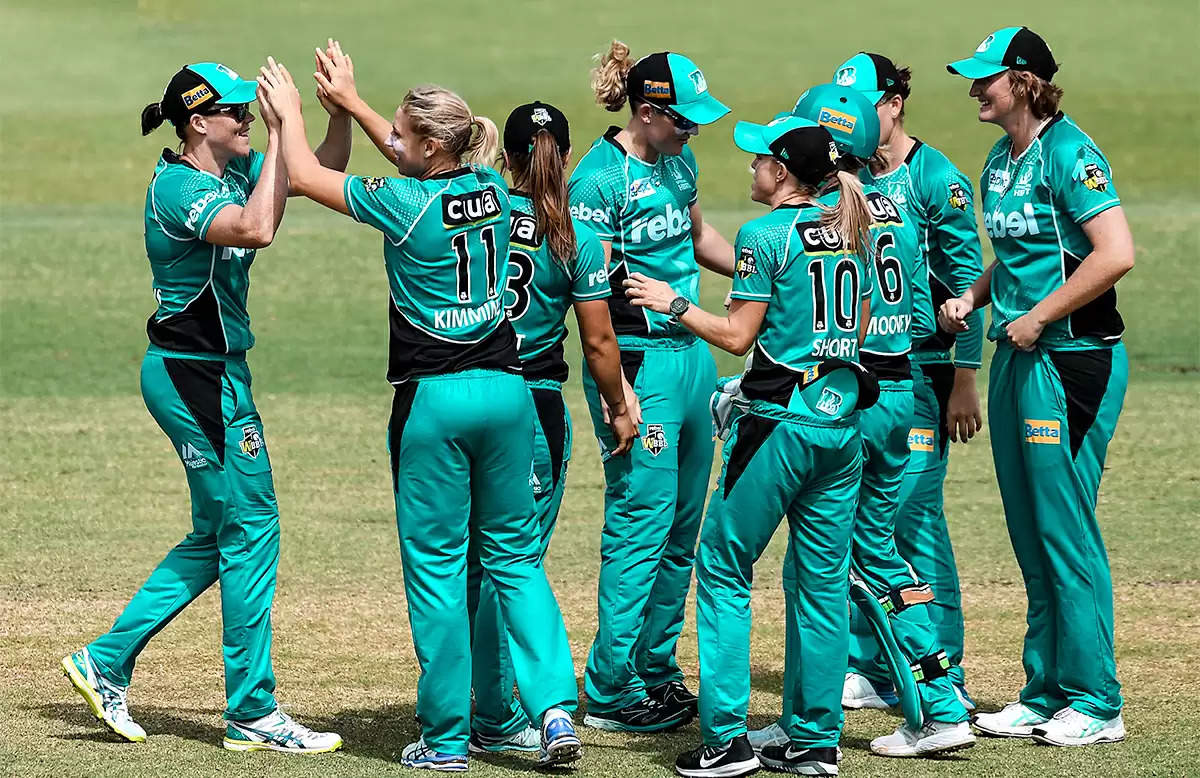 The pitch at Junction Oval has been found to suit the batters in the second half of the play. Five out of five matches have been won by the team bowling first in the matches played at this venue. Any score above 150 would be a par total at this venue.

Clouds are going to hover around the stadium with the temperature gliding between 16-17 degrees Celsius. No chances of rain are being foretold at the moment. Considering the pitch and weather conditions, one could expect the pacers to dominate in the coming contest.

No injuries are being reported as of now.

The Stars would be heavily dependent on Mignon du Preez and Lizelle Lee for laying a concrete total on board. The duo scored half-centuries in the freshly finished game against the Strikers and could be vouched to essay a similar exhibition versus Kirby Short & Co. The likes of Ellyse Villani and Erin Osborne haven’t fired off late and would be expected to register decent scores in the coming contest. Among the bowlers, the onus would be on Madeline Penna for affecting dismissals in the early overs. Pacers Nicola Hancock and Holly Ferling could wreak havoc in the forthcoming feud.

Brisbane’s top-order trio of Mooney, Green, and Jonassen have been hitting the ball pretty decently in the concurrent edition of WBBL. The likes of Grace Harris and Laura Harris have rendered concrete performances in the past few matches and would be hoping to replicate a similar show in the coming duel. In terms of bowling, the trio of Delissa Kimmince, Amelia Kerr, and George Prestwidge have had a stupendous run so far with each one of them grappling a wicket or two in almost every single contest. All in all, Brisbane Heat Women look well-settled and would probably opt for an unchanged XI in the coming contest.

Beth Mooney would be a certain addition into MSW vs BHW Dream11 lineup. In 7 matches played this season, the wicket-keeper batsman has amassed 371 runs while averaging 74.20 with 4 fifties registered to her name. The likes of Maddy Green and Jess Jonassen have been striking the ball pretty decently and would find their place in the Fantasy XI unit. Mikayla Hinkley shouldn’t be forgotten for her big-hitting abilities when playing down the middle. Lizelle Lee looked in a great nick for the Stars in the lately played game against Sydney Sixers, and while she is a must inclusion, one could also vouch in for Ellyse Villani and Magnon de Preez to cement the batting lineup for MSW vs BHW Dream11 unit. Maddie Penna’s all-round prowess could be of great help to the Fantasy XI. The trio of Amelia Kerr, George Prestwidge, and Delissa Kimmince are must inclusions, considering they’ve had decent performances wit the ball in the matches played this season. 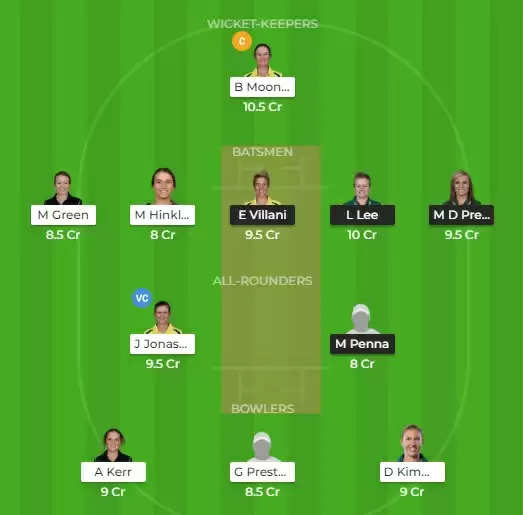