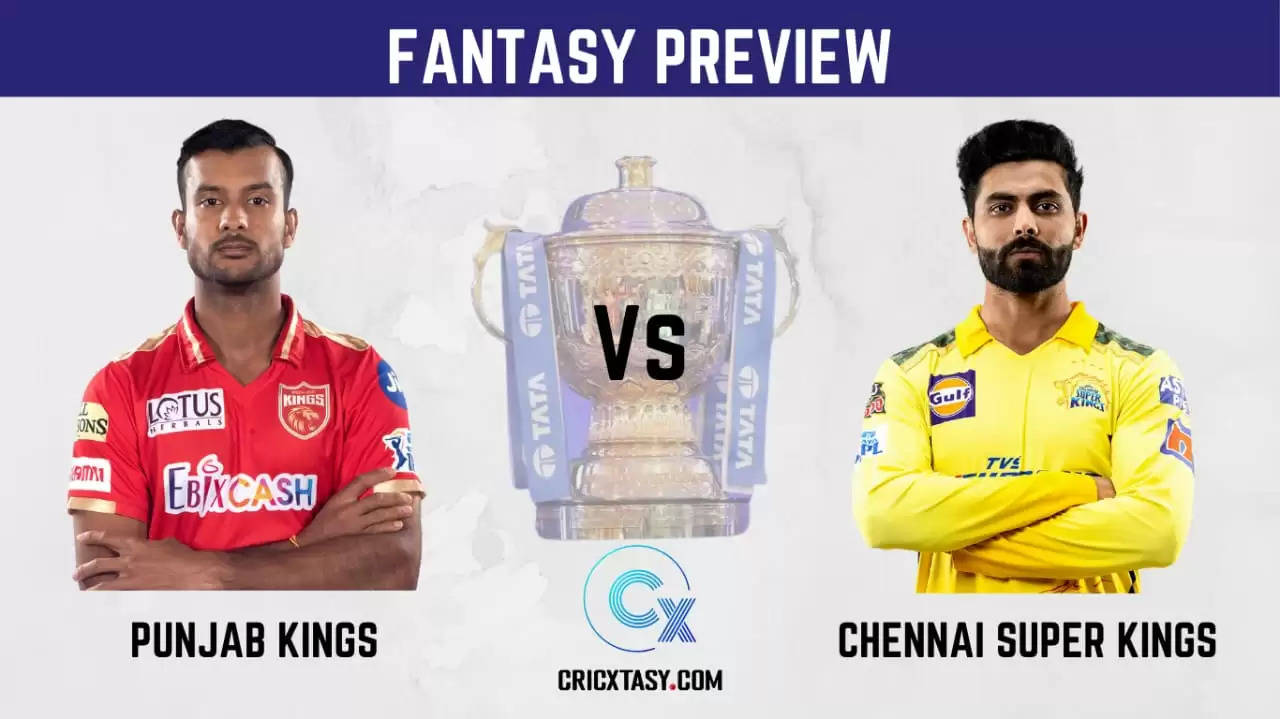 Punjab Kings are on the 8th position with 3 wins and 4 defeats in 7 matches. Chennai Super Kings, on the other hand, are 9th in the points table with 2 wins and 5 defeats in 7 games.

Punjab Kings after starting off well have gone off the track in the last two games. They have lost two games in a row and the last defeat of 9 wickets against the Delhi Capitals affected their net run-rate as well. Punjab have a very explosive batting unit but they have been over aggressive in the last two games and as a result the batters got out early and they managed to set up a below average total. Shikhar Dhawan and Mayank Agarwal will have to give them a good start for their middle-order to then play their natural game

Their bowling hasn’t been upto the mark in the last couple of games as well. Kagiso Rabada and Rahul Chahar have been the only bowlers who have bowled well. Arshdeep Singh is bowling well but he is not picking wickets while Vaibhav Arora has been ineffective despite getting swing with the new ball. Punjab will look to do well with the ball in this game.

Chennai Super Kings are having their own issues of inconsistency at the top. Ruturaj Gaikwad showed excellent form but failed against MI. Robin Uthappa scored 30 while Ambati Rayudu scored 40 but both never looked settled on the crease. Ravindra Jadeja’s poor form with the bat continues and that’s a big concern for CSK. Chennai needs consistency from their batters especially the top 4.

They have done well as a bowling unit in the last two games but need improvement in the death bowling. Dwayne Bravo and Dwaine Pretorius did a great job in that phase for them against MI. Mukesh Choudhary was brilliant with the new ball while Maheesh Theekshana has been in great form as well. Mitchell Santner too was good with the ball. CSK need to perform as a team as they did in the last game with improvements in their batting.

It will be a belter of a pitch in this game at Wankhede with good movement with the new ball and bounce for pacers. Batters will dominate this game as the dimensions of the ground are on the smaller side and the pitch will be flat. Dew will be there in the second innings. Teams will look to chase after winning the toss. The average first innings score here is 167 runs in IPL 2022. Chasing sides have won 6 out of 8 games played here.

CSK are coming off a win but PBKS have already defeated them once and are more settled as a team. Punjab Kings will be the favorites to win this game.

Moeen Ali may replace Mitchell Santner but CSK will most probably be unchanged as well. 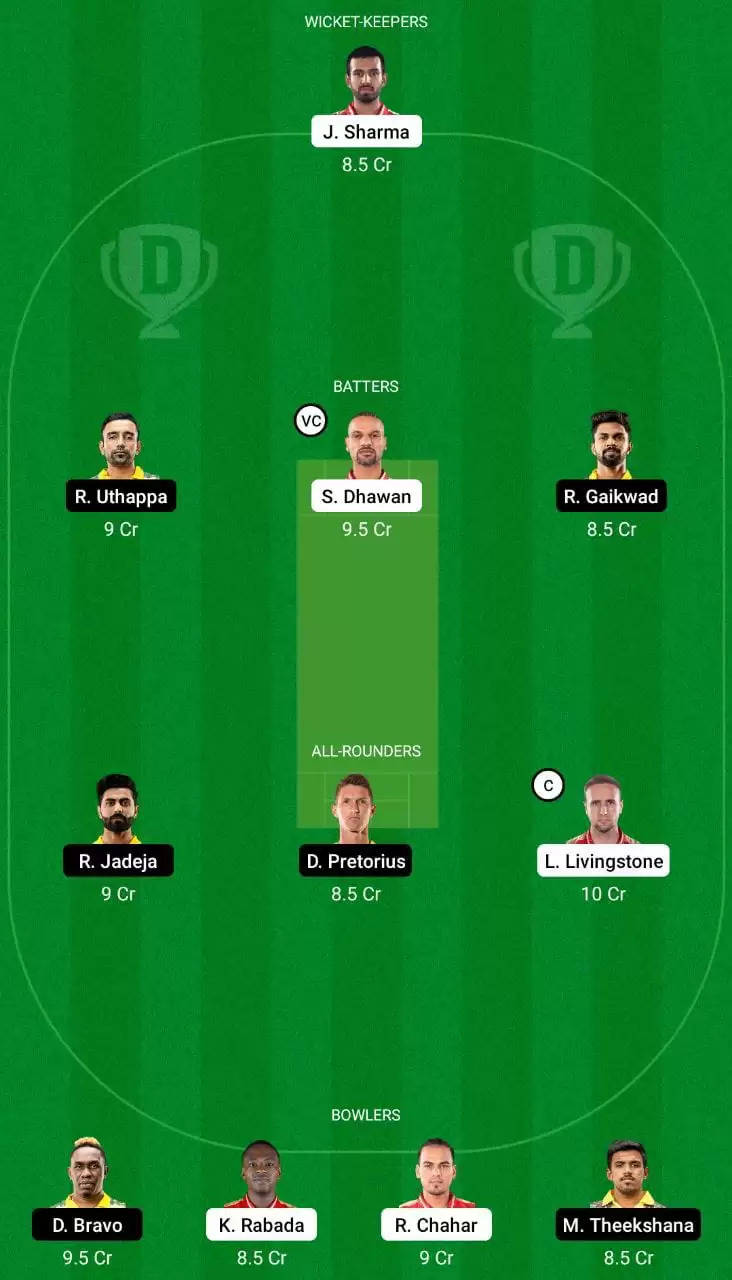 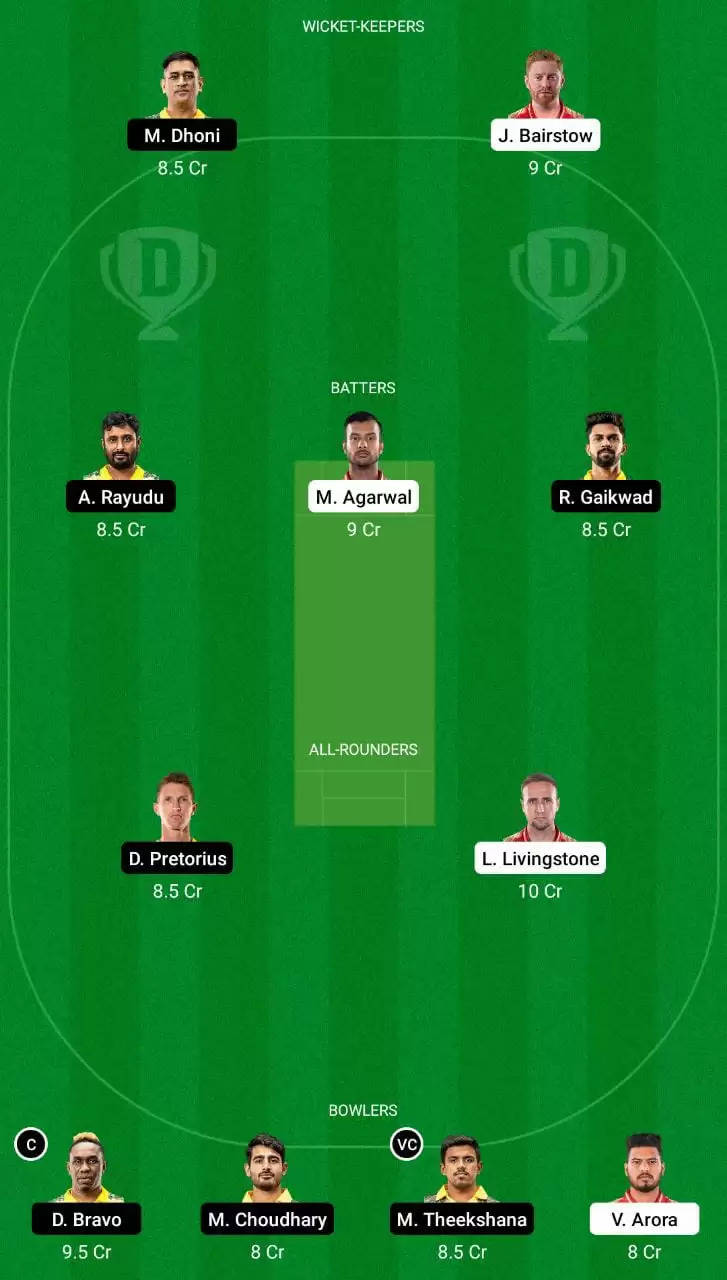 Which Contests to Join for PBKS vs CSK Dream11 Match