As the MSL enters the business end where each game holds the importance of two, Durban Heat and Paarl Rocks square off against one another at the Boland Park. Both teams are in decent form with a win in their previous game. While they did start off slowly, Durban Heat has bounced back well with […]
By Dwijesh Reddy Tue, 3 Dec 2019 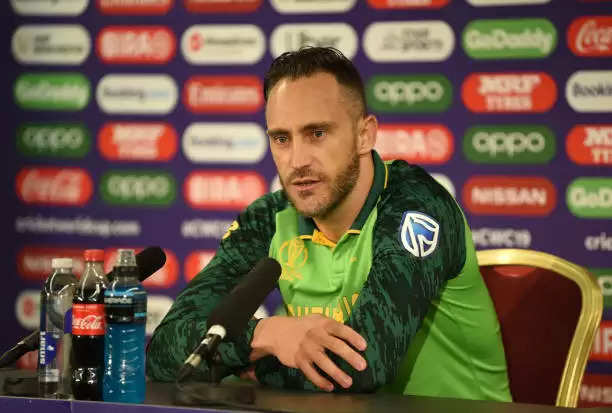 As the MSL enters the business end where each game holds the importance of two, Durban Heat and Paarl Rocks square off against one another at the Boland Park. Both teams are in decent form with a win in their previous game. While they did start off slowly, Durban Heat has bounced back well with Dane Vilas and David Miller striking form. On the other hand, Paarl Rocks currently tops the table with 23 points from eight games. A win on Wednesday could seal their place in the top three with a game to spare. With the competition for the three knockout spots intensifying with each passing game, an exciting clash between two in-form sides is in store in Paarl.

The previous game at this venue saw a low scoring encounter with a lot of help for the spinners. Although there will be some turn on offer for this game as well, a better batting surface is expected with 160 being par here. The powerplay overs will be crucial for either side with run-scoring being easy with the new ball.

There isn’t any rain on the forecast with a bright and sunny day on the forecast. The temperature should range between 24-28 degrees Celsius with not much changing throughout the course of the match. Dew could play a factor in the second half of the game while a breeze from one end is expected as well.

After a brilliant comeback win over Jozi Stars, Paarl Rocks will look to field the same set of players. Ferisco Adams, who didn’t feature in the previous game, could come in for Mungroo with Adams providing batting depth as well. With Vince and Davids in decent form as well, Paarl Rocks looks quite settled. The onus will be on their spin twins, Tabriaz Shamsi and Bjorn Fortuin to provide the breakthroughs with valuable points on offer in this game.

Similar to their opponents, Durban Heat also comes into this game on the back of a good win. Dane Vilas shouldn’t be tinkering with a settled combination as David Miller and Ravi Bopara look to be in fine form. Although their bowling unit lacks the big names, they have done well as a unit with young Marco Jansen also impressing with the ball. Andile Phehlukwayo and Bopara provide the balance in the side for them. Wesley Marshall hasn’t done much at the top of the order which could see Erwee come in for him.

Although Faf du Plessis has scored 128 runs, the tally has come from seven games which isn’t quite ideal. He is due for a big knock along with the likes of Alex Hales and Cameron Delport. David Miller is in fine form with 144 runs with a fifty to show for his efforts. Dane Vilas and Ravi Bopara should also score some runs in this game while the all-round duo of Isuru Udana and Andile Phehlukwayo also find a place in the side. Shamsi and Fortuin have picked 18 wickets between them and look good for more on Wednesday as they are picked alongside Abbott for this game. 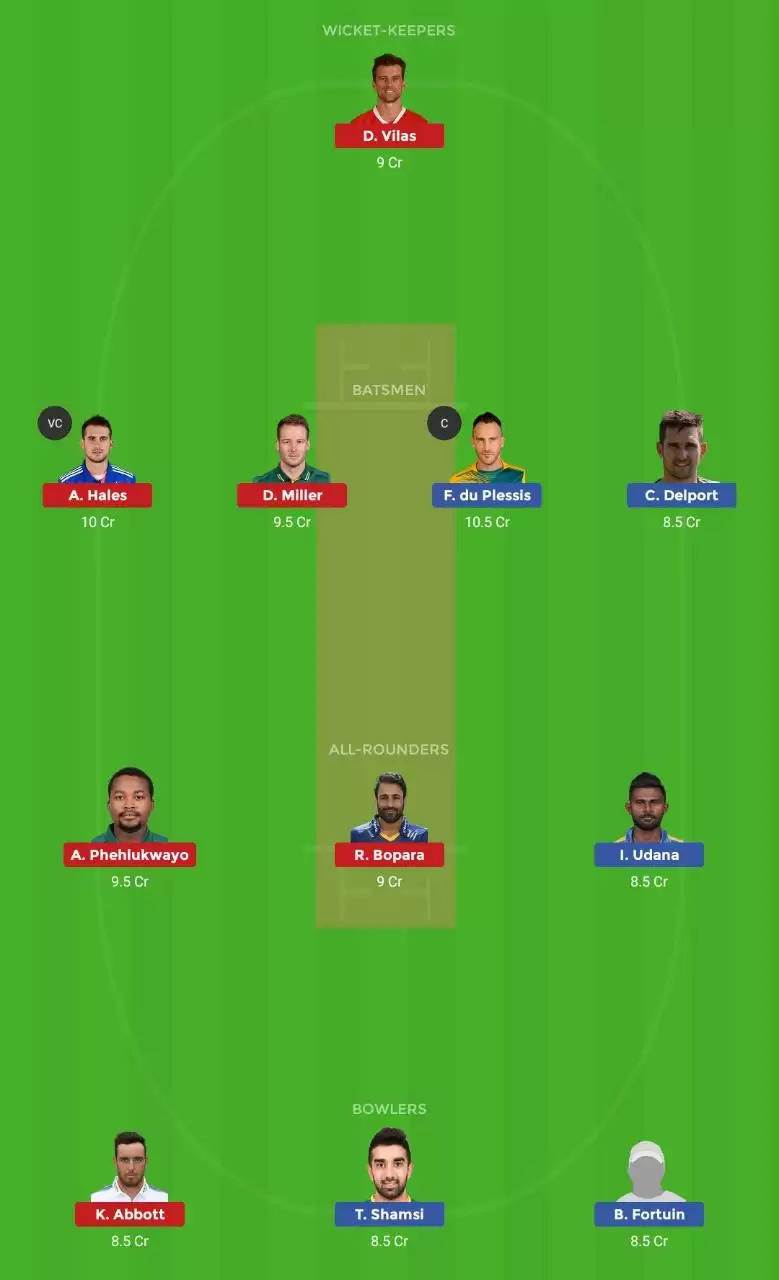