PR vs TST Dream11 Prediction for today’s match: The second MSL game on Sunday features Tshwane Spartans and Paarl Rocks at the Boland Park. Paarl Rocks has won their only game so far while Tshwane Spartans is yet to feature in a completed game. Both teams have a number of talented individuals with the likes […]
By Dwijesh Reddy Sat, 16 Nov 2019 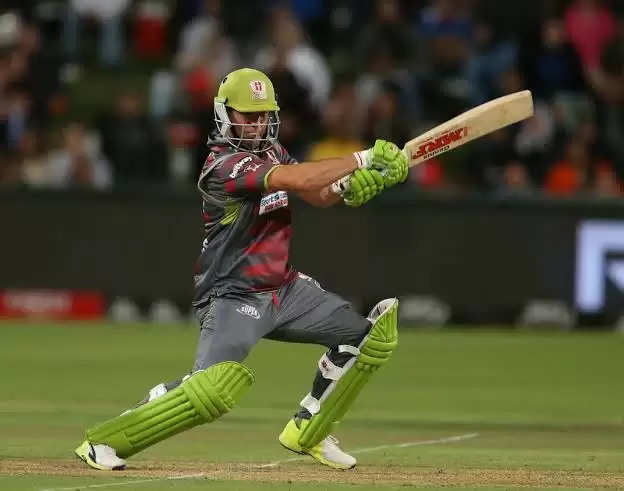 PR vs TST Dream11 Prediction for today’s match: The second MSL game on Sunday features Tshwane Spartans and Paarl Rocks at the Boland Park. Paarl Rocks has won their only game so far while Tshwane Spartans is yet to feature in a completed game. Both teams have a number of talented individuals with the likes of Faf du Plessis and AB de Villiers taking it to the field on Sunday. Although Tswhane Spartans struggled in the few overs they faced in MSL, they will enter this game as the clear favourites. They would love to get a win under their belt although Faf du Plessis and co would have momentum on their side. 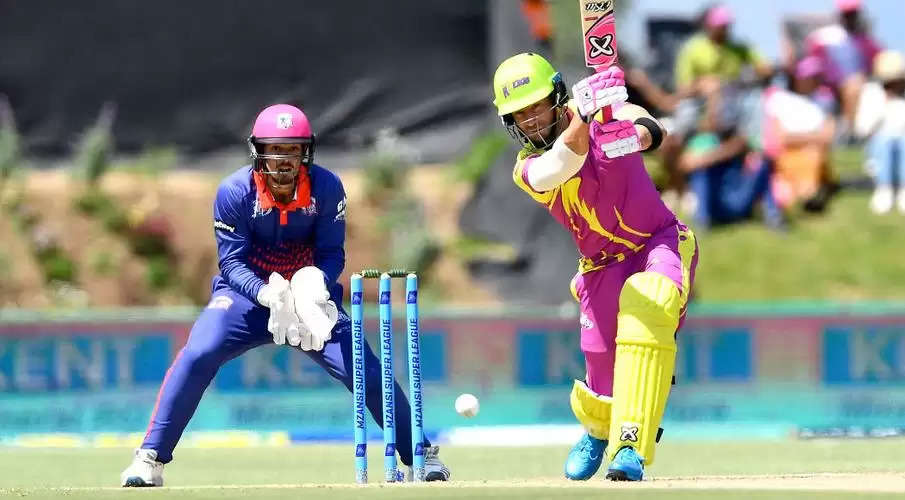 A good batting track awaits the two sides with 170 being par on this surface. Although the pitch does get a touch slower as the game progresses, teams should prefer chasing. The spinners will get ample turn with the powerplay overs being crucial.

There isn’t any rain on the forecast which paves the way for a perfect day for a game of cricket. The temperature should range between 16-19 degrees Celsius with humid conditions on offer as well.

Paarl Rocks shouldn’t be making any changes to their side with their previous game being washed out. The inclusion of James Vince bodes well for them as he slots in at number three. This would push Faf du Plessis to four while Delport and Davids open the batting for them. They have a very formidable bowling unit led by Hardus Viljoen with the spin duo of Tabriaz Shamsi and Bjorn Fortuin being key.

ALSO READ- IPL 2020: 5 PLAYERS WHO DESERVED TO BE RETAINED BY THEIR IPL FRANCHISES

As for the Spartans, they still don’t know what their best combination with Heinrich Klassen and co only playing in eight overs of MSL Action. Nevertheless, AB de Villiers will be their go to player in the top order with Theunis de Bruyn and Heinrich Klassen batting around the South African superstar. Their bowling unit has a lot of firepower with Tom Curran also expected to make his MSL debut alongside Morne Morkel. With Lungi Ngidi and Roelof van der Merwe also in their ranks, Spartans has a potent bowling unit capable of troubling any given opposition on its day.

AB de Villiers and Faf du Plessis are perhaps two of the greatest cricketers South Africa has produced. Their records speak for themselves as they are ideally picked for this game. Along with them, Dwaine Pretorius is also preferred with the all-rounder capable of contributing heavily with both bat and ball. Tabriaz Shamsi and Hardus Viljoen picked five wickets between them against Cape Town Blitz. With their experience coming in handy, they would be handy options to have in the side along with Roelof van der Merwe and Tom Curran. James Vince is another in-form player worth having in the side with the Englishman scoring a fifty against New Zealand last month. 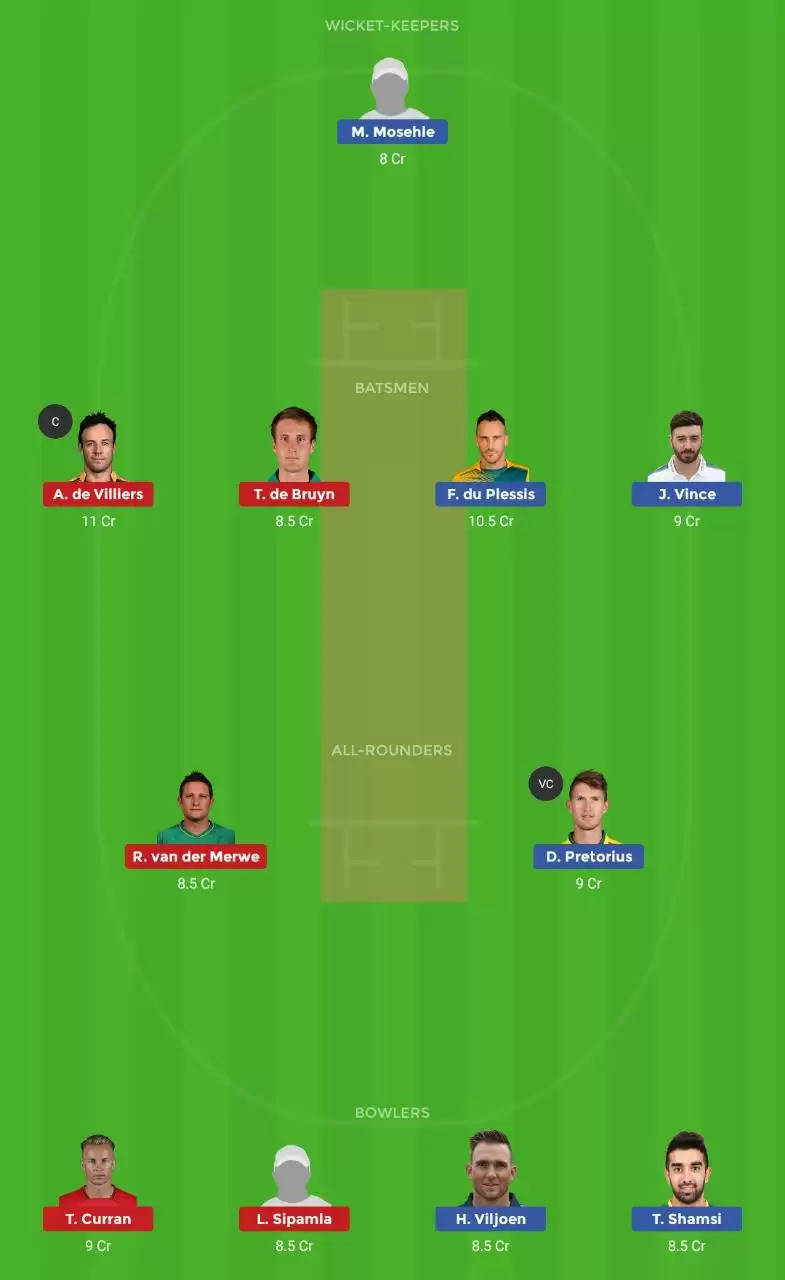