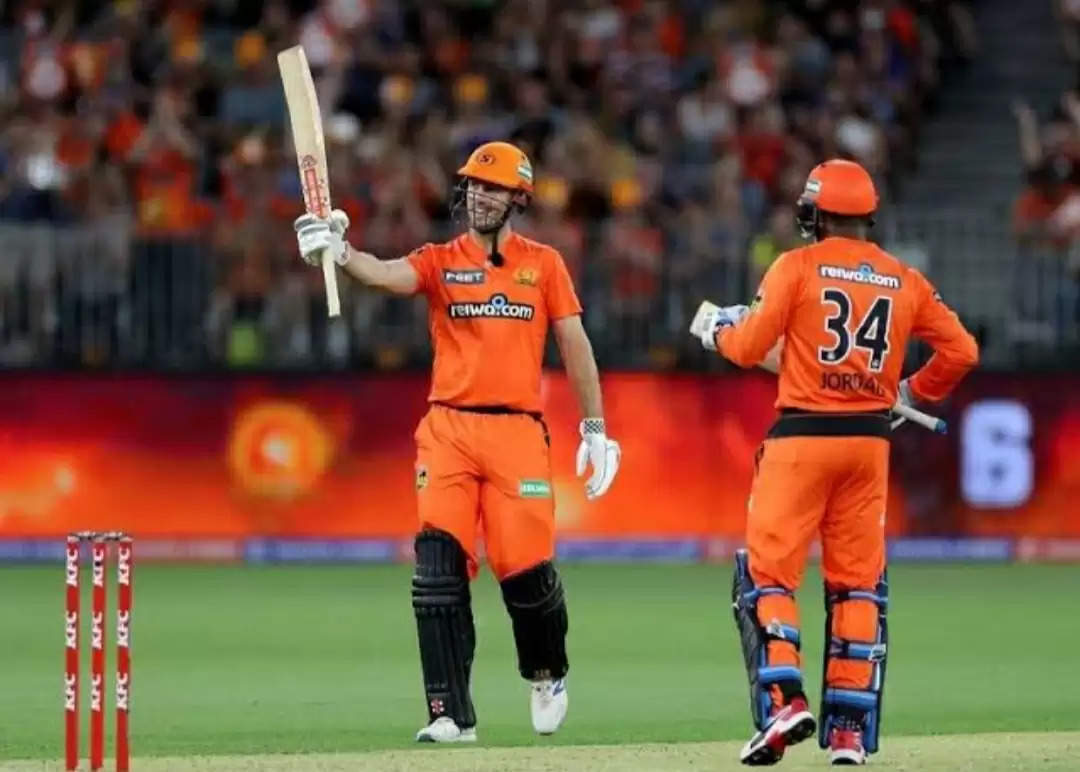 Scorchers and the Renegades will lock horns in the 26th match of the BBL season. Mitchell Marsh will be facing his brother Shaun Marsh who previously played for the Scorchers and he will be dearly missing his brother due to the dismal performance of the Scorchers middle-order this season. No one apart from Cameron Bancroft and Mitchell Marsh himself have found the rhythm in the middle-overs. Their batsmen must rise up to the occasion and support the bowlers in order to stay in the tournament. They lost their previous game by eight runs to the Hurricanes. The reigning champions Renegades, on the other hand, are almost out of the league having lost all their six games. Only Kane Richardson and Aaron Finch have contributed something and the form of Daniel Christian is a big concern. They have also dropped a lot of crucial catches and nothing much has gone their way so far. Beau Webster though has played a lot of wonderful cameos. Their batting too needs to step up and if they lose this game, they will have to bow out of the tournament. This will be a good match between two bowling heavyweights and on a slower deck, this is expected to be a low scoring thriller.

Pitch Report:
The pitches have been two paced in almost every game except a few. Spinners have generally commanded the middle overs and it will be the same here as well. Out of three games played here, average score batting first is 146 and teams have chased the target successfully in the second innings. So teams will look to bowl first.

Weather Report:
The weather is expected to be hot with temperature around 21-degree Celsius. There are a few possibilities of rain halting the play.

Perth Scorchers:
Mitchell Marsh will be a key player for the Scorchers as he has played fantastically and absorbed the pressure well during the middle overs. He has scored 145 runs in 5 games at an average of 37.

Chris Jordan has a very good accuracy and can bowl pin point yorkers in the death. He has the variations to pick wickets on any deck. Jordan has picked up 8 wickets at an average of 18 in 5 games.

Melbourne Renegades:
Aaron Finch has been in sublime form in white-ball cricket this year and he is a must pick in any team. He scored back to back fifties a game before and will be a crucial pick as he opens the batting. He has made 166 runs in 5 games at an average of 34.

Shaun Marsh comes to bat at the fall of two wickets and he has played his role to perfection so far and has made 190 runs at an average of 38 in 5 games.