SJH vs EMI Dream11 prediction: All you need to know about the ILT20 match between Sharjah Warriors and MI Emirates 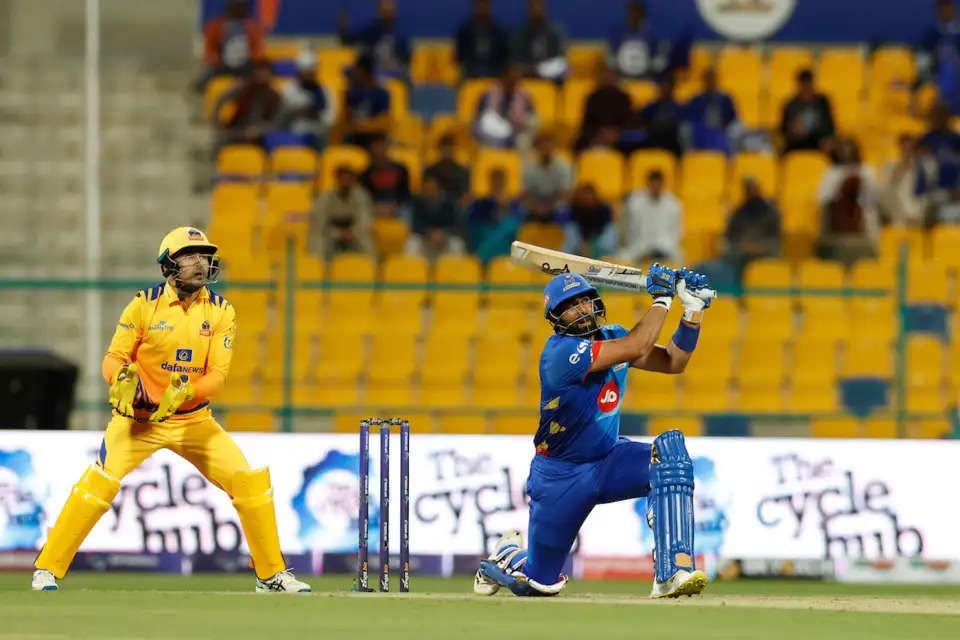 Sharjah Warriors have played two matches and unfortunately have failed to win even one of them. They are placed second last in the points table with zero wins. Their star-studded batting lineup has been the major disappointment, while the bowling is doing considerably fine. Moeen Ali will be hoping his batters to finally switch it on in this match and register their first win of the tournament.

Meanwhile, MI Emirates have played just one game so far and that was against the Sharjah Warriors. A complete team effort with both bat and ball led MI Emirates to get a massive win in their first game of the tournament. They will be looking to keep their winning form running and strengthen their position in the points table with another win.

The pitch at the Sharjah Cricket Stadium in Sharjah is expected to be a balanced one. Batters can play their shots once they are settled. Seamers get help initially and spinners take control during the middle overs. The first innings total is expected to go over 200 considering it will be the first game at this venue in this tournament.. The team winning the toss will bowl first.

The weather forecast in Sharjah looks brilliant throughout the day. This will be an evening game and there is no rain predicted during the time of this match.

No injury and availability updates reported from both the teams.

Both the teams are looking balanced on paper. However the experience and form of MI Emirates might have an edge and will get the better of Sharjah Warriors in this game.

Rahmanullah Gurbaz: Rahmanullah Gurbaz scored a brilliant 43 off 31 balls in the last game against MI Emirates earlier in this tournament. He has been in great form lately. In addition, he has an incredible record at Sharjah while playing for Afghanistan. In 4 innings Gurbaz has 158 runs at an average of almost 40. He will be a great captaincy choice going forward.

Imran Tahir: Imran Tahir was the peak of the bowlers for MI Emirates in their last win against Sharjah Warriors. Tahir has good past records at Sharjah and the conditions might also suit his bowling. He picked a 3 for 26 in his last outing against the Warriors. He will be another great captaincy choice for this game.

Moeen Ali: Moeen Ali will be another great captaincy choice for this match. His all-round abilities set him apart from the rest. The conditions of the pitch and the dimension of the ground will help Moeen surely. He has not converted his start with the bat in the tournament so far but is expected to come good in this game. In addition, his off spin will be very crucial during the middle overs on this Sharjah pitch.

Karthik Meiyappan: The young leg spinner has not been able to do much damage in the first two games but will be expected to come good on a pitch like that of Sharjah. He will be one of the differential picks you can have for this match.

Najibullah Zadran: Najibullah Zadran had an off day in the first MI Emirates’ game. He will be a top differential pick for this match. His ability to hit the ball long in these conditions makes him different from the crowd. While playing for Afghanistan he has 225 runs at a strike rate of almost 150 at Sharjah.

Evin Lewis: Lewis is one of the most dangerous T20 batters in the world. But his record at Sharjah has not been convincing. In addition, he has two ducks in the last two games in this tournament. It is advisable to avoid picking him in your XI for this match. 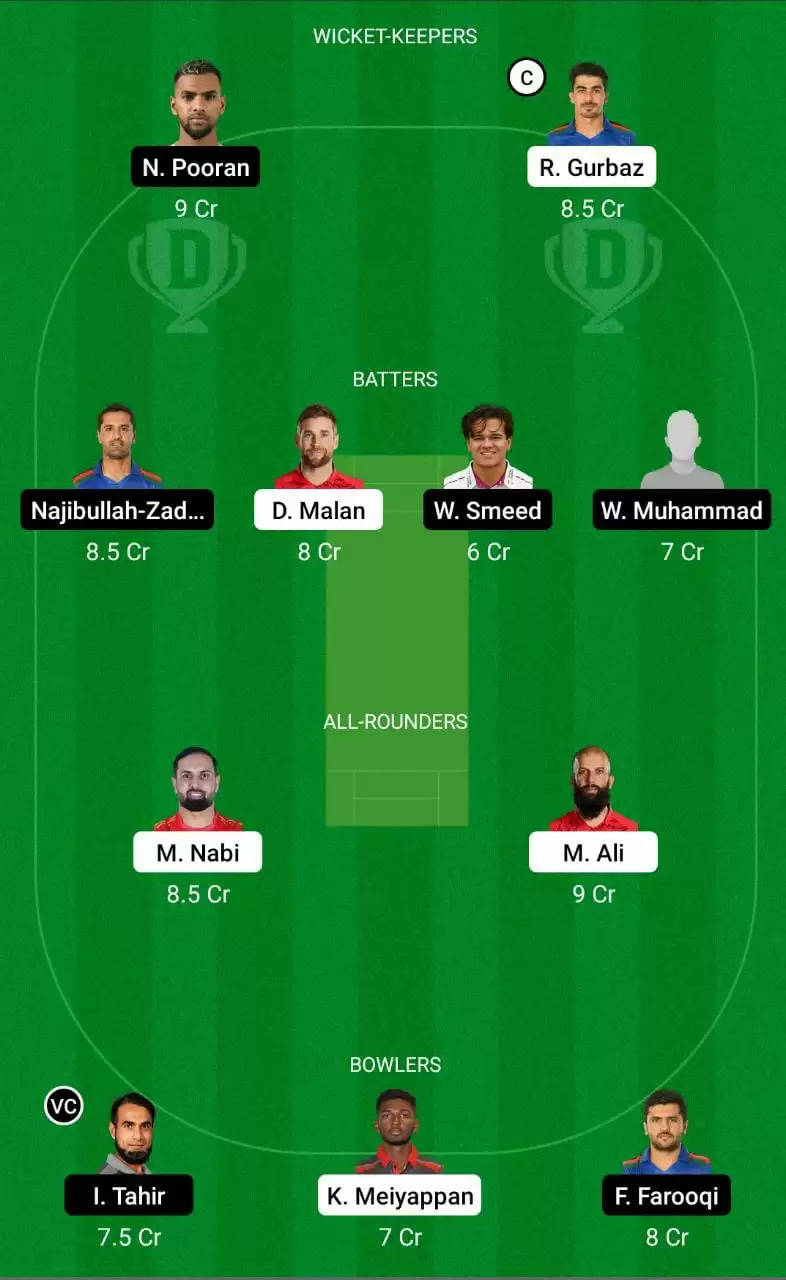 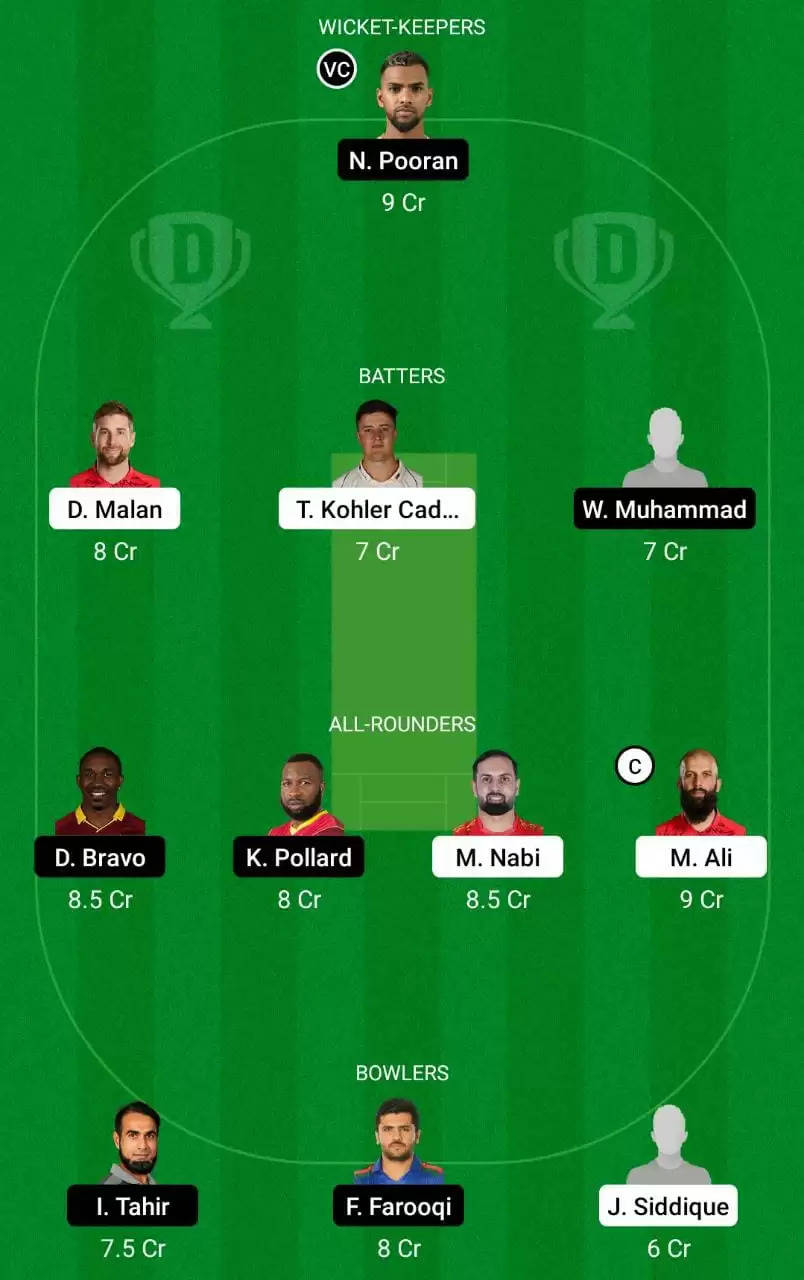