CD vs NK Dream11 Fantasy Preview The first game of the much-awaited Super Smash gets underway as Central Districts take on Northern Knights in Napier. Coming into the tournament as the defending champions, Central Districts are missing a few players although the core remains intact. With the likes of Tom Bruce and George Worker in […]
By Dwijesh Reddy Thu, 12 Dec 2019 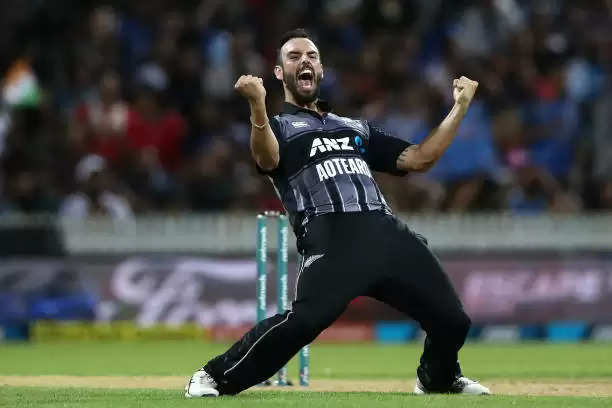 The first game of the much-awaited Super Smash gets underway as Central Districts take on Northern Knights in Napier. Coming into the tournament as the defending champions, Central Districts are missing a few players although the core remains intact. With the likes of Tom Bruce and George Worker in their ranks, CD will be eyeing a good start to their defence. Northern Knights, though, will be looking to avenge last year’s defeat in the final after they came out second best to a solid Central Districts side. With the experience of Daniel Flynn and Anton Devcich complementing their youth nicely, an intriguing clash is on the cards between the two sides at the McLean Park

A belter of a track awaits the two sides with loads of runs on offer. With dew also coming into play as the game progresses, 180 would be a competitive total although the firepower on either side could deem the par score insufficient. Pacers will get some swing early on with the shorter boundaries going against the spinners.

The weather should be clear for the duration of this game with the temperature hovering around 22 degrees Celsius. A few clouds are also expected to make an appearance with no chance of rain in Napier

Central Districts hasn’t named Smith in the squad for this game although they have a very balanced unit in place. With Worker and Cleaver opening the innings for them, CD look to set the tone from the start itself with big hitters following them in Tom Bruce and Josh Clarkson. The bowling attack is led by Seth Rance, who is ably complemented by Ben Wheeler and Ajaz Patel as well. William Ludick is one to watch out for with the youngster capable of winning games single-handedly.

Northern Knights bare a similar look to the side that featured in last year’s Super Smash. While the likes of Mitchell Santner and Tim Southee are out for national duty, the onus will be on their famed middle order. Daryl Mitchell and Dean Brownlie hold the fort in the middle phase with Northern Knights being heavily dependent on the starts they get from Tim Seifert and Anton Devcich. Scott Kuggleijn and Ish Sodhi will be crucial with the ball with the bowling attack being a relative inexperienced one.

Tom Bruce and Daryl Mitchell were brilliant last year which earned them a national call-up as well. While Bruce scored 353 runs in 11 innings for the champions, Daryl Mitchell wasn’t far behind him with 323 runs and also a few wickets to show for as well. Along with the aforementioned duo, Scott Kuggleijn is also a viable option with the pacer picking thirteen wickets last time around. While the likes of George Worker and Joe Carter also find a place in the side, Josh Clarkson is expected to deliver in the back end with a few mighty blows. As for the bowlers, Ish Sodhi and Seth Rance should pick with or two with both of them being proven performers in this competition.