Match Details Kia Oval, London September 12th, 2019 3:30 PM IST Preview England and Australia face each other in the fifth and final Ashes Test of the English summer at the Kia Oval, starting this Thursday. While the Australians have already ensured that the urn stays with them, England looks to salvage some pride […]
By Dwijesh Reddy Wed, 11 Sep 2019 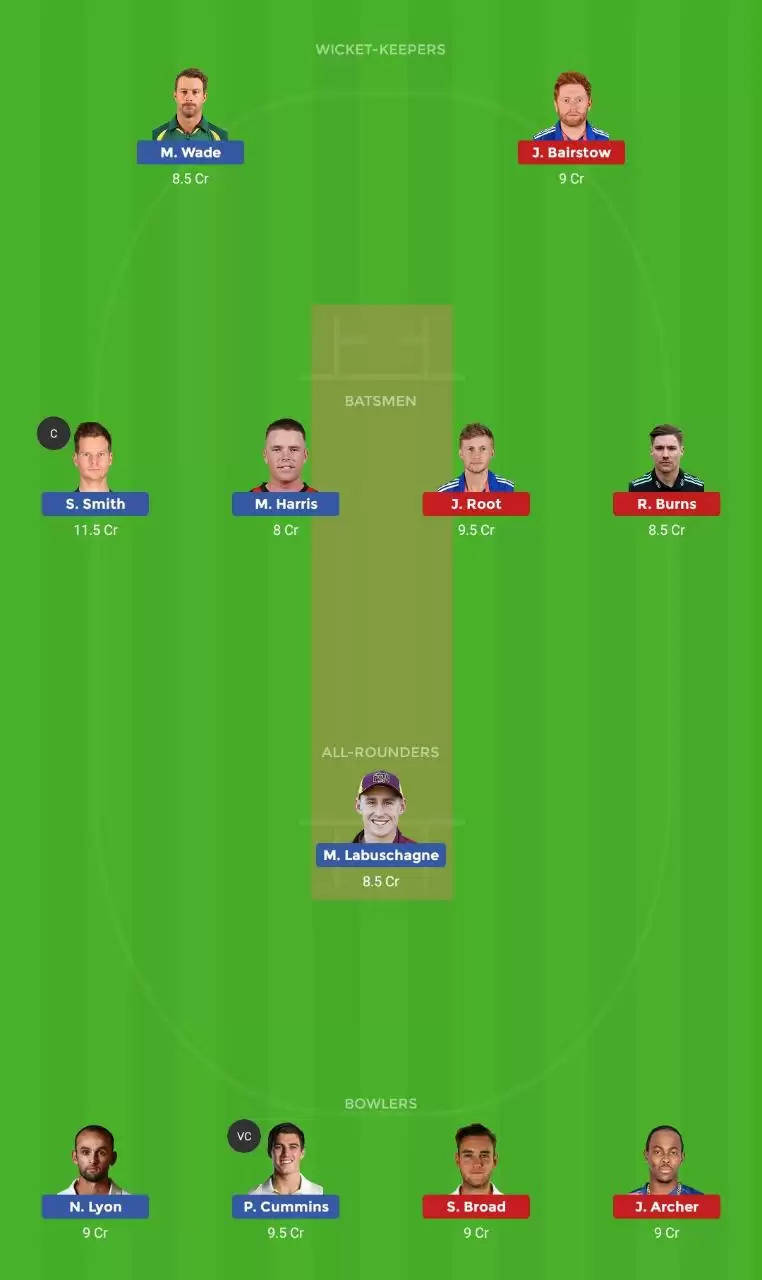 England and Australia face each other in the fifth and final Ashes Test of the English summer at the Kia Oval, starting this Thursday. While the Australians have already ensured that the urn stays with them, England looks to salvage some pride and level the series in London. Steve Smith has been the difference between the two sides with the English bowlers clueless on how to get the former Aussie out quickly. With the weather also being on the brighter side, another enthralling Test beckons with a lot at stake for both nations in terms of pride in this game

Seamers and spinners should feel at home with friendly conditions favouring them in London. Although there isn’t as much swing, the bowlers should be crucial to the outcome of this match. Batsmen will have to work hard for their runs on a pitch that could be perfect for what has been a highly entertaining Ashes series.

The weather forecast looks promising with no rain on the cards for the entire duration of the tests. New ball bowlers should be supported by the overcast conditions in the afternoon after which the spinners should come into play.

Injuries: No injury concerns were reported from the Australian roster with Ben Stokes being the only concern for England although he is in the squad for the final Test

Craig Overton and Jason Roy make way for Chris Woakes and Sam Curran, whose left-arm pace could add another dimension in the English bowling unit. Although Ben Stokes injured his right shoulder at Old Trafford, he should feature at least as a specialist batsman. He is their top scorer in the series with 354 runs and two centuries to his name as well. Jofra Archer is another such player to watch out for after a no-show in the previous game.

Australia does not have any cause for concern to change any personnel for this game. Although they have retained the urn, they should go all out to ensure a series win with Steve Smith in the form of his life. He has already scored 671 runs in just five innings with Marnus Labuschagne and Matthew Wade also playing their part. The onus will be on Pat Cummins and Josh Hazlewood to deliver the goods once again with 42 wickets among themselves in the series.

Steve Smith is the highest run-scorer in the series and averages over 100 in two Test at the Oval. He is a must-have in the side along with Joe Root and Pat Cummins. Matthew Wade and Jonny Bairstow have also consistently gotten off to starts but should be backed to score big runs on a good wicket. Rory Burns and Marnus Labuschagne have been the surprise packages of the series with 323 and 291 runs respectively. They are picked alongside the likes of Nathan Lyon and Jofra Archer, who should pick a wicket or two in the Test.
Captaincy Options: