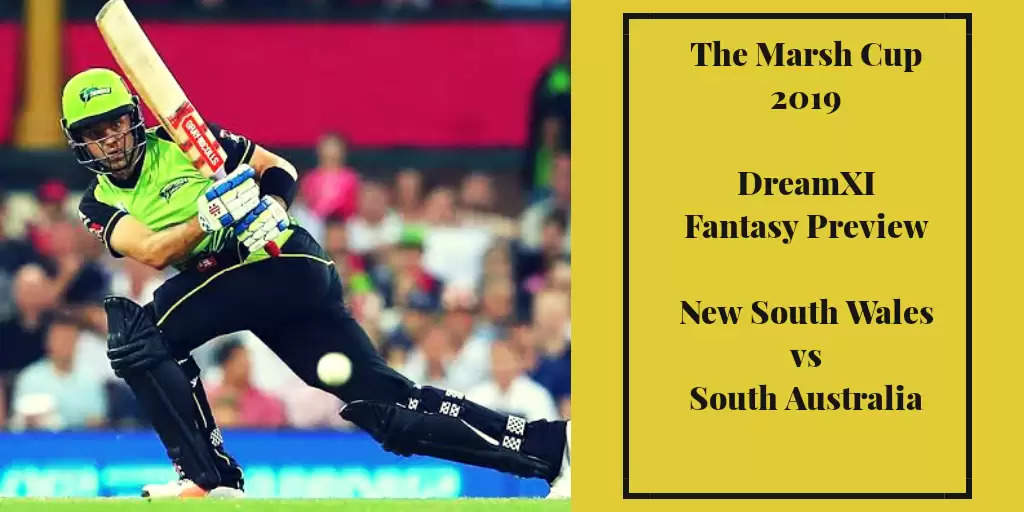 The sixth game of the Marsh One Day Cup sees New South Wales taking on South Australia on Thursday with both sides desperate for a first win of the season. Both teams lost their first games to Queensland although New South Wales did run them close be posting a 300+ score in the first innings. Both sides have fielded some youngsters in their side but South Australia should be considered the favourites with the likes of Alex Carey, Adam Zampa and Kane Richardson in their ranks for this match. Nevertheless, NSW will bank on the experience of Moises Henriques and Peter Nevill in what will be a stern test against Jake Lehmann and co at the Allan Border Field.

The pitch is on the slower side with Queensland’s spinners running riot against South Australia in the previous game. Nevertheless, runs are on offer with 260-270 being competitive on this surface.

The weather is all clear for this game with temperatures also varying in the range of 17-20 degrees all across Brisbane. The pacers will get help early on with the new ball in what is a decent pitch to be a fast bowler.

Nathan McAndrew did show some discomfort in the previous game and could be replaced with Daniel Sams. The rest of the side should remain the same with better performances expected from their bowling department. The onus will be on Sean Abbott with the ball along with Harry Conway, who did pick a couple of wickets against Queensland. Their batting unit looks well settled with Moises Henriques being the lynchpin of this side.

As for the South Australians, there isn’t any reason for change after just one poor outing. Their batsmen need to convert starts into big ones with only Tom Cooper able to score a fifty against Queensland earlier in the week. Their bowling unit is as good as any with Joe Mennie, Kane Richardson and Adam Zampa in their ranks. Watch out for the duo of Alex Carey and Wes Agar, who should be the key in the batting and bowling departments respectively.
Jake Weatherald, Callum Ferguson, Alex Carey, Tom Cooper, Jake Lehmann, Alex Ross, Cameron Valente, Kane Richardson, Adam Zampa, Joe Mennie and Wes Agar

With the pitch being a touch on the slower side, Kane Richardson and Sean Abbott are great selections given their use of subtle variations. Along with them, the experienced pair of Moises Henriques and Callum Ferguson are also preferred. Considering his recent form, Alex Carey is a must-have in the side while Cameron Valente and Wes Agar should do well for South Australia on Thursday.