Having won the previous encounter by a margin of 8-wickets, Adelaide Strikers Women would come into the contest with an intent to replicate a similar show versus Brisbane Heat Women. With four wins in five matches and a sole loss to their name, the Suzie Bates-led lineup is comfortably sitting at the top of the […]
By V Shashank Sat, 2 Nov 2019 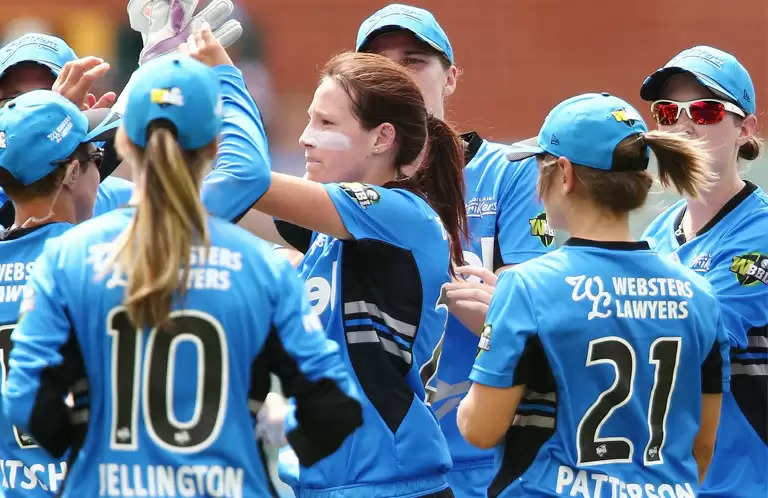 Having won the previous encounter by a margin of 8-wickets, Adelaide Strikers Women would come into the contest with an intent to replicate a similar show versus Brisbane Heat Women. With four wins in five matches and a sole loss to their name, the Suzie Bates-led lineup is comfortably sitting at the top of the points table and look pretty invincible at the moment.  On the other hand, Brisbane Heat Women are yet to find a foot in the ongoing season of WBBL. The defending champions are currently placed at the fifth spot in the points tally with merely two wins in five matches. A victory by whatsoever margin is what Kirby Short & Co will be aiming for when they lock horns with Adelaide Strikers in their second match of the league stage.

It is going to be a clear and sunny day at Mackay with the temperature hovering between 25-27 degrees Celsius. Complete 40-overs of play could be anticipated in the coming encounter.

Any score above 150 would seem like a par total on this venue. Taking into account the result of the recently concluded game between Adelaide Strikers and Brisbane Heat, one would expect the toss winning team to consider bowling first in the forthcoming feud.

No injuries have been reported for this match.

With 269 runs in 5 innings and three half-centuries to her name, Beth Mooney has been the lone warrior for Brisbane Heat in the concurrent edition of WBBL. In the bowling department, Jess Jonassen and Sammy-Jo Johnson have been the top-performers with six wickets each to their name. The likes of Maddy Green and Grace Harris would have to step up on the occasion for the current champions to outshine the likes of  Suzie Bates & Co at Mackay. Although Brisbane Heat Women lost out the previous battle versus Adelaide Strikers Women, one could still expect them to stick to a similar lineup for this forthcoming duel in particular.

For Adelaide Strikers it has been the combined effort rather than individual performances that has resulted in their back to back victories in the concurrent season of WBBL. Batting wise, the trio of Suzie Bates, Bridget Patterson, and Tahlia McGrath have been enjoying a decent run so far and would hope to continue the same as the tournament progresses further. In terms of bowling, the same could be said for Sophie Devine, Sarah Coyte and Megan Schutt who’ve picked seven wickets each in the matches played till now. Taking into account the current form of players, one would expect the Adelaide Strikers to go unchanged for the coming encounter.

Having scored a 49-ball 73 in the freshly concluded game, Beth Mooney remains a definite addition for the upcoming contest. Not to mention her wicket-keeping prowess which makes her a valuable pick for Brisbane Women. Suzie Bates and Bridget Patterson have been in terrific form with the bat, and along with Maddy Green and Mikayla Hinkley would form an invincible batting lineup. Tahlia McGrath and Sophie Devine’s all-round ability have contributed immensely to Adelaide’s victory in the matches played so far. Jess Jonassen seems like a fine prospect who could be of great advantage with the ball for the Brisbane Women. Megan Schutt and Sarah Coyte grabbed two wickets each in the previous game versus Brisbane, and along with Alex Price would form a competent bowling attack for the Fantasy XI.