Match Details: 17th September 2019 4:30 AM IST Kensington Oval, Bridgetown, Barbados Preview: Australia Women continued their fine form on this tour with an easy victory over a hapless Windies side in the first T20I. Throughout this Caribbean tour, the Aussies have appeared invincible while the West Indies women cannot buy a win and are […]
By Andrew Rodrigues Mon, 16 Sep 2019 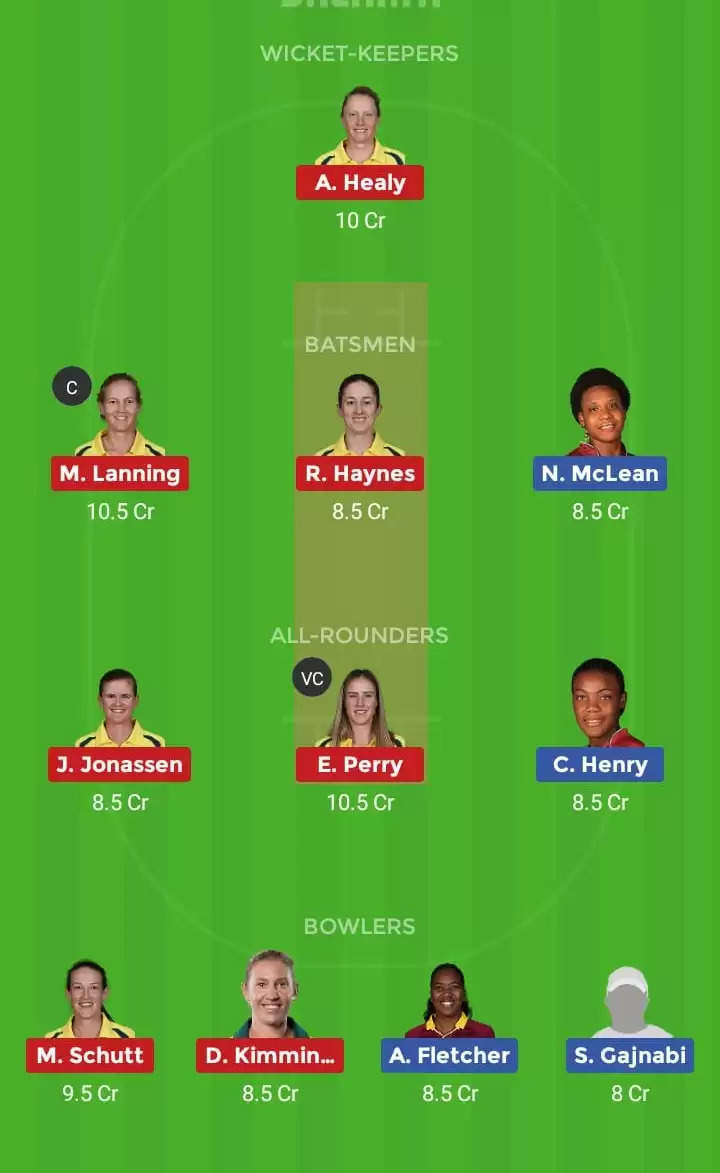 Australia Women continued their fine form on this tour with an easy victory over a hapless Windies side in the first T20I. Throughout this Caribbean tour, the Aussies have appeared invincible while the West Indies women cannot buy a win and are in wretched form at the moment. Now as they face off again in the second T20I, a victory for the visitors will complete a much-deserved series win for them whereas the home side look to even the proceedings and get their first triumph of the series.

A potential washout is on the cards as weather forecast has predicted heavy rain showers throughout the evening and we will be extremely lucky to get a full game of cricket if reports are to be believed.

In the previous game, the surface was on the slower side and made life difficult for the batsmen. One shouldn’t expect the pitch to change too much while overcast conditions will make things even tougher for the batters.

Alyssa Healy is a dependable presence at the top as well as behind the stumps and will need to display good technique and resilience against the moving new ball. After picking up three scalps in the last game, Megan Schutt will be vital with the ball in hand.

Skipper Stafanie Taylor played a fighting knock in the last game to help her side post a decent total on the board and the onus will lie on her to stay long enough at the crease against a potent Aussie attack. Chinelle Henry and Afy Fletcher will be expected to pick up a wicket or two and could play a massive role in this game.

Meg Lanning is a must-pick ahead of this encounter as the Aussie captain cannot stop scoring runs currently and will certainly bring a credible amount of points for your Dream11 Team. Ellyse Perry and Chinelle Henry are other obvious options due to their dual skillset which could prove to be valuable on this surface.