Match Details: 11th September 2019 7:00 PM IST Sir Vivian Richards Stadium in North Sound, Antigua Preview: Australia will be looking to complete an emphatic whitewash when they face West Indies in the final fixture of the three-match ODI series. The home side will need to conjure up a miraculous effort in their bid to […]
By Andrew Rodrigues Tue, 10 Sep 2019 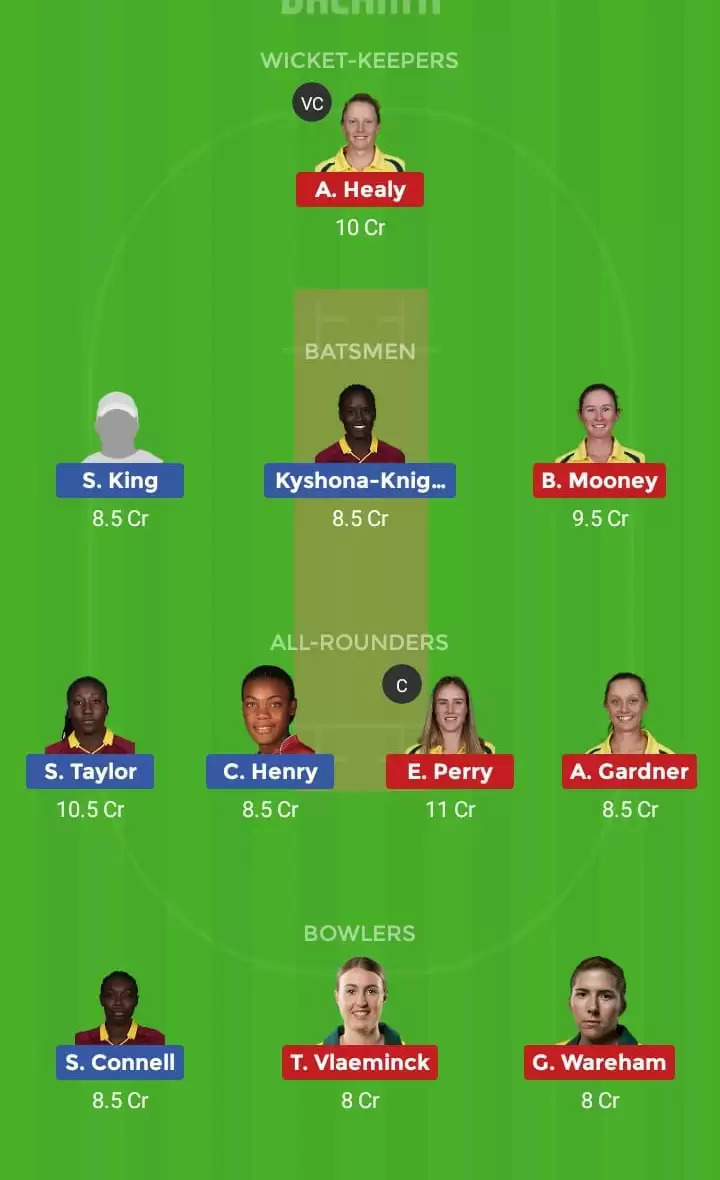 Australia will be looking to complete an emphatic whitewash when they face West Indies in the final fixture of the three-match ODI series. The home side will need to conjure up a miraculous effort in their bid to avoid a third consecutive loss as the Aussies have won the previous games by staggering margins.

Partly Cloudy conditions with few chances of rain and temperature ranging around 30 degree Celsius expected during the game.

The surfaces in this series have been generally flat in nature providing the batters a glowing opportunity to get runs under their belt and a similar pitch is anticipated for this contest.

Meg Lanning is a doubt ahead of this game.

Australia shouldn’t make any changes to a winning side. In the absence of Meg Lanning, Ellyse Perry was promoted to No.3 and plundered a spectacular century to help her side register a formidable total. The superstar all-rounder will yet again be key while the likes of Alyssa Healy and Beth Mooney are more than capable of playing a starring role.

The batting and bowling displays have been below par throughout the series as they have struggled to cope with the overwhelming quality of the visitors. Kyshona Knight and Stacy-Ann King will need to do better with the willow in hand whereas Shamilia Connel will take up the mantle of picking up a few early wickets with the new ball.

Ellyse Perry is an obvious pick courtesy of your stupendous performances. Alyssa Healey and skipper Rachel Haynes would be other fantastic options to have in your fantasy side. After scoring the joint-fastest half-century in ODI cricket for Australia women, Ashleigh Gardner is a player that can walk into any Dream11 team.