It’s the ball, not the pitch, but what comes of cricket after the bowling era? 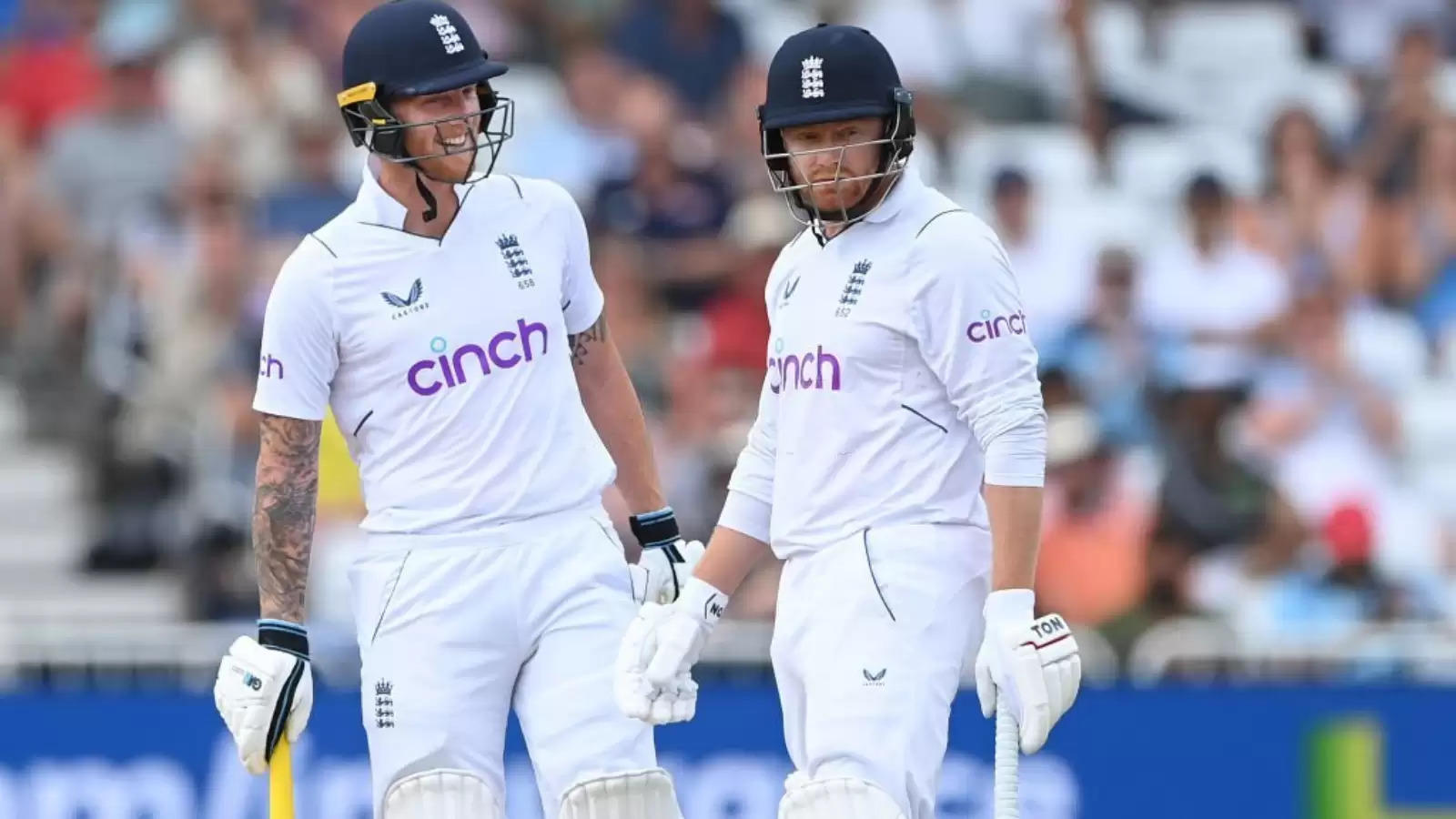 It’s no bat crap crazy looney tunes idea to suggest anymore that English pitches may be at a crossroads. Every Solomon with access to a keyboard is saying it. This article instead will tell you why it’s not a fully demented idea after all.

There are three reasons to think that English conditions could be about to change. First, the enormity of it. James Anderson is the god of swing bowling, the duke of the Dukes. Anderson’s plans to scalp Devon Conway and Tom Latham’s wickets on day one with a newish ball were to use a short midwicket and a short extra cover respectively. Ten years of exile finished, Stuart Broad is back as the enforcer. Of the five wickets he took against New Zealand in the Nottingham Test, two came from balls pitched 11m or further away from the stumps, a feat he last achieved in 2012. Never has an England Test team attacked as many balls as Stokes’ savages since 2006, riding from the rags of Hobart to the riches of Nottingham. It was overall abnormal. Maybe levels of abnormal that could herald something bigger than itself.

Then there were the means. It’s not unheard of for England to churn out batting strips for non-Asian tourists and reserve the grass for subcontinental teams (consider, for example, that English batters average 0.4 runs more per wicket against NZ, Aus, SA and WI since 2018 than to Asian teams at home). And that makes sense because it helps cull the spin attacks of Asian sides. But this is usually carried out by making interventions to the pitch, not the ball. Yet this Trent Bridge strip was so green before the start of the second Test that speculations were rife of a Craig Overton recall. It was not the pitch — was it the ball?

When Stuart Broad ripped apart the plastic case containing the Dukes balls made for the County Championship and buried his nose in its bosom to ingest its celestial scent, he wrote that it felt like a “rolled up piece of Plasticine”. The ball felt softer than normal. Now, this was nothing more than a workaday slip-up by the best manufacturers in the world — until the same species of ball manifested itself in the newly procured case for the Tests. One negative antigen test, there is a possibility that you are still carrying the virus. Two negative tests, and you are bellowing by the bar with colleagues about gossip you missed while on holiday. If the means used towards producing batting-friendly strips against non-Asian sides changed, the predictive potency of the data that this is classic England recedes too.

Finally, there is the all-important indicator of motive. When England surrendered the Ashes to Australia, the three loudest clamours were for the following: Regime change, prioritizing Tests, and batting-friendly conditions. Here’s Michael Vaughan’s insight: “When you are on flat wickets in Test cricket a dropped chance can cost you the match. If you drop someone they could get 150. At the moment we are miles away from replicating that in county cricket.” The first two were achieved, the third not so much yet. But it makes for a tempting analysis. In an academic discussion this “evidence” wouldn’t stand ground, but in a courtroom hearing it will colour the jury blind against England. If English conditions are indeed sentenced to favour batters in the coming years, what changes?

Inflated batting averages and run-rates stand out, but so do more draws and more fourth innings chases. Spin comes into the game more often, more earlier.

But the more fundamental effect could be on length. Nathan Leamon, England’s white-ball analyst, gives a rare sneak peek into his brain in this The Cricket Monthly article where he discerns the ideal length for pace bowlers by conditions and specialisation. He concludes: “If the ball is swinging big – pitch it up … But if the pitch is likely to offer help throughout the innings, then you are better off being patient and holding that good length.”

In a nutshell, this is based on two data-attested premises. At the fuller length the ball swings more, causing batters to attack more and score at high speeds but also to lose wickets regularly. Contrarily, on the good length the ball swings less, causing cricket to be overall slower. On swinging decks with no confirmation of everlasting lateral movement, it makes sense to hunt for wickets at the start and pay the price of runs, before hunkering down towards a defensive mindset. But if you know previously that this movement is going to last throughout the innings, why bother to pay the price for an openly substitutable good? English conditions were of the first variety in the great bowling era of 2018 to 2021, they could soon be heading towards the first.

What does that mean? James Anderson’s average ball in home Tests from the summer of 2014 to 2019 pitched 7.20m away from the stumps, but he might have to pitch the new ball fuller at the top of the innings.

At the same time, the enforcer’s value will peak. The last time a touring side scored 600 plus in England was South Africa in 2012. Towards the end of that innings, Stuart Broad was fighting a losing battle against Hashim Amla to knock out Amla’s head. At Nottingham, Broad was once again the enforcer. Perhaps not for the last time. With the ball not doing enough through the air conventionally, banging it into the pitch at high speeds not only keeps the batter guessing but also scuffs up one side of the ball to bring reverse swing into the contest earlier.

So yes, reverse swing too will find itself on an elevated pedestal. For the majority of the pace bowling pandemic, conventional swing was so pervasive that the Dukes seldom got soft enough for reverse to rear its head. That could be due to change. But also consider: the saliva ban of the Covid era worked in distinctly bowler-friendly conditions where the interplay between air and ball was sufficient to make the ball hoop. But this is largely England: more than one-fifth of the total balls bowled in Test cricket in this time have been bowled in the UK. Other less batting friendly terrains have complained. Who’s to say that the same is not written into the fate of the English? Broad and Anderson are grouchy senior citizens who write regular columns on daily newspapers about that missing pair of spectacles. We could soon find out.

But alternate employment opportunities can also play spoilsport, because like oppressed housewives seeking comfort in an extramarital relationship Broad and Anderson could be incentivized to wander away from cricket. Cricket itself provides them reasons to do so. As Tim Wigmore of The Telegraph reports, a vital cause for Anderson’s longevity is the care with which his body has been treated and the assiduousness with which his schedule managed. Between 2018 and 2022, the top four bowlers of teams sent down 18 overs per innings. For Anderson the figure was one over less. That is two overs per Test match off the hopper because Tests in England finished seven overs less than world average in this time frame. Deprived of that buffer, can cricket’s Batman and Robin watch over Gotham? It’s questionable.

Heraclitus of Ephesus said in the sixth century B.C. that “everything flows”. Cricket’s bowling era, too, had to pass. Like all chaotic breakups which leave you wishing that you had cherished that one last night together more, we won’t know until it has passed fully. But when its flags are uprooted in favour of the azures of batting ascendency, that it will beget more than just young English batters is for sure. Of those will be enforcers, reverse swing, two new English commentators, and the counterproductive outcome of senile TV audiences.