Often in life, one starts off to proceed in a path, hoping to attain light at the end of the tunnel for which one has worked arduously for a long period of time; and somehow, unexpectedly one turns up to find oneself in a whole new surrounding. That person did not wish to be here, […]
By Tarkesh Jha Sat, 12 Oct 2019 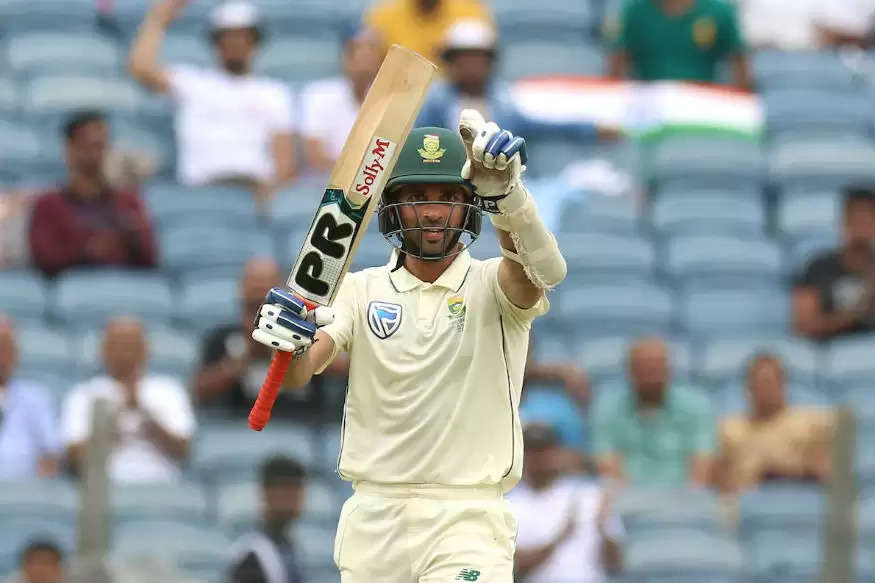 Often in life, one starts off to proceed in a path, hoping to attain light at the end of the tunnel for which one has worked arduously for a long period of time; and somehow, unexpectedly one turns up to find oneself in a whole new surrounding. That person did not wish to be here, but, overall he ends up being there for the greater good.

Keshav Maharaj arrived in India with a bid to display his bowling skills, the background being that he has been one of the most prominently consistent spinners in Test cricket over the past few years outside the subcontinent. Spin is the way to instant fame in India; there are no two ways about it. After having found themselves in the wrong end of the sword back in 2015, the Proteas wished they could bite some venom into the Indian batters through their most potent weapon in Maharaj.

However, the first day of the series was itself enough to showcase what a tough road it was going to be for the left-arm spinner in the coming few weeks. As the Indian batsmen adjusted quite conveniently to his bowling, despite him hitting the accurate lengths on a consistent basis, it became increasingly more difficult for the man to find a way through the shackles imposed on him by Rohit Sharma and Mayank Agarwal. Maharaj has found the challenge even more gruesome as the series progressed, with the home side finding answers to the questions he throws at them in a pretty opportune manner.

Hence, after a Virat Kohli masterclass aided the Indians in piling up runs in excess of 600 in the first innings, Maharaj had to find a touch to rediscover the limelight that was induced upon him ahead of the commencement of the series. After all, no one likes fading into oblivion; being cast aside after a huge bout of hype; being downplayed as an ignorable asset of the opposition. So, Maharaj found a way. And he found it in the most traditionally assured technique of coming out triumphant in the longest format of the game. Keshav Maharaj dug in. With the bat, he was unperturbed, undisturbed, and absolutely impenetrable for the better half of the third day of this match.

He came in to bat when the captain had departed after playing a valiantly entertaining knock, but eventually one that carried little context in the overview of the innings. Maharaj, though, did the exact opposite. He knew that the Indian side’s Achilles heel has been their inability to get done with the opposition’s lower-order after having swept aside the topmost batsmen. So he kept his concentration intact for the initial part, where he gave nothing away and ensured that some shoulders started to drop for the time being. Test match batting implies you to be positive, yet not overtly aggressive; to be content with your stroke-play and yet not try to over-enhance it in the heat of the moment. This requires a calm head, a composed thought process and clarity of mind to just look forward to one delivery at one point in time.

Maharaj hence showed a definite sense of footwork to both the pacers as well the spinners’ right from the very start. He didn’t deter from putting that strong forward defensive push whenever necessary, but hardly refrained from opening his arms and slashing the willow to let the leather find the boundary rope whenever the chance arose as well. Of course, the ball had worn out, the track had opened up and the delivery reached the batsman at an even pace that made the entire process of judging and carrying out the shot a bit more facile in general.

However, it required some resolute mental strength, determination to keep playing on, to keep defending the ball when it wasn’t even his primary job to do so, to keep leaving it to reach the keeper, to keep trying out the expansive shot once in a while, to keep chasing a target, a total that wouldn’t have been in the closest of reach even if a paramount effort would have been put up. It required a great sense of perseverance to put in the hard labors, to get bored in the middle, to put in efforts when he knew that it would mean eventually nothing in the end of the series. Yet, he did so. Maharaj toiled hard enough, with Vernon Philander offering great company, to ensure that he made the Indians play the waiting game for longer, to frustrate them furthermore. It seemed like a reply to all the sixes that he had been smoked for by the home team batsmen over the past couple of weeks.

Maharaj didn’t shine with the ball, but he made his opportunity count with the blade, at least, a chance most of the top-order failed to grab.