Virat Kohli walked back to the pavilion, with an unbeaten double, having become the first Indian with seven double centuries in Test cricket. He had gone past 7000 Test runs as well, going past Don Bradman.
By Nikhil Popat Fri, 11 Oct 2019 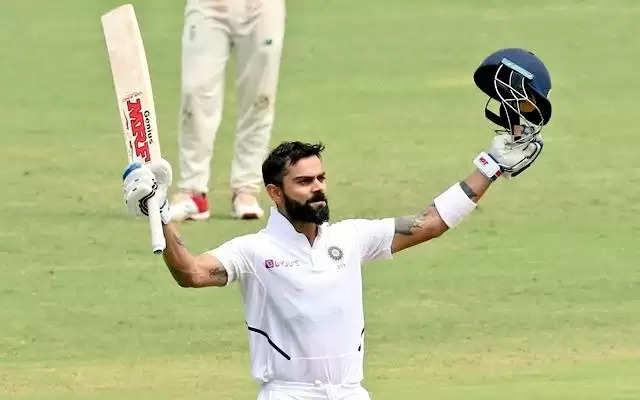 At noon, Twitter sent me a notification which read, “News for you – Virat Kohli scores 26th Test century in the second match against South Africa!”

It was his first after ten innings, and hence you wouldn’t blame Twitter for calling it news. That is what Kohli’s standards are!

Perth 2018 was the last time Virat Kohli scored a century. He had come in as early as the sixth over. His ton had gone in vain though as India lost the Test by a massive margin of 146 runs.

In the two Tests against West Indies, Kohli scored a couple of fifties but failed to convert them into big knocks. In the first Test against South Africa, Kohli came in an over before the second new ball.

He played out the tough overs, and when Muthusamy came in, he looked to play one off the back foot, but the ball held up, which meant he offered a return catch to the debutante and had a look of disbelief.

Kohli demoted himself in the second essay to allow Ravindra Jadeja to have a dash. A 20 in the first innings was followed by 25-ball 31. The best shot during those two scores was of the very last ball he faced. He pulled a short ball from Kagiso Rabada to the midwicket boundary before running off the ground, declaring the innings.

It didn’t feel like a Kohli innings. In India, the openers fired and lasted longer, which made his job a tad easier. In Pune, he came in to bat in the 51st over. India already had 163 on the board, and the new ball was seen off thanks to fifties from Mayank Agarwal and Cheteshwar Pujara.

He only played an over before the Tea break. He was beaten by Keshav Maharaj twice in his first five balls. A couple of nudges got him going before Mayank Agarwal eased the pressure with a couple of sixes before bringing up his second Test ton.

Kohli was on 3 off 16 deliveries when he went for a drive against Maharaj. The bowler had to bend down, but the ball still burst through his hands and Kohli got a life.

A couple of overs later, Rabada snapped his third victim, and the centurion Mayank had to walk back to the hut. Ajinkya Rahane came in and the duo were happy to bide their time to get in. On a surface which offered something to the pacers with the tinge of green and the occasional turn for the spinner, both were cautious for a while.

Kohli nearly got out to another debutante though, this time it was the pacer Anrich Nortje. Kohli went for the pull shot against a rising short ball and thankfully for him, the ball evaded the keeper and ran into the fine leg fence. It was the shot that woke up Virat.

Next over, Kohli pulled one neatly to the midwicket fence, and he was in his groove now having played over 50 balls. Maharaj returned for a spell but dropped it short, only to see Kohli find the boundaries at ease.

A leg stump half volley whipped past mid-on was followed by a crisp cover drive which brought Kohli his half-century. There was just a raise of the bat. Kohli was intent on seeing through, and he did so to end the day with 63 to his name.

On the second morning, Virat Kohli was happy to give the respect to the bowling as he knew having played a batsman less, India needed to not settle for a score in the range of 350-400 and had to aim for 500 instead.

Kohli had a couple of edges which didn’t go to hand, but every batsman needs that luck at the start of the day when the bowlers are fresh.

There is something about an MRF bat and a straight drive past the non-striker, and it was the very same shot that brought Virat, his 26th Test ton. And like always, he broke a plethora of records.

He equaled Ricky Ponting’s record of most tons as a Test captain – 19, with only Graeme Smith ahead with 25 of those. Phew!

Post the ton, Kohli was into auto-pilot mode, and there were a couple of on-drives off the bowling of Rabada post lunch, which would have scared South Africa. He was not done and wanted many more.

He drove one off the middle of the bat, and Temba Bavuma got a hand to it, but even that was not enough to stop the ball from flowing to the fence. Kohli was at his authoritative best.

Such was the ease with which Kohli had scored the runs that even his double century celebrations were relatively muted.

There is just so much written, talked about Kohli now that all of this feels like deja vu. Kohli has become a machine, nearly flawless, effortless on most occasions, breaking records without breaking a sweat.

Such was the generosity of South Africa that Muthusamy had overstepped when he had Kohli caught by Faf at first slip on 208.

Before the start of the Test, Virat Kohli was playing his lofted shots against the spinners, and when asked if it was a strategy, Kohli cheekily said, “I don’t do everything with strategy all the time, it’s important to enjoy yourself as well!”

That is precisely what he did, albeit post the life, his second. He got 6, 0, 4, 4 in an over of Maharaj and raced away to his highest Test score, 254 when Jadeja skied one in search of a century.

The Indian skipper walked back to the pavilion, with an unbeaten double, having become the first Indian with seven double centuries in Test cricket. He had gone past 7000 Test runs as well, going past Don Bradman.