Port Vila (Vanuatu), Apr 24 (AP): They’re ready to go live in Vanuatu. A tropical island in the South Pacific is very likely to be the only venue in the world hosting a competitive cricket final on Saturday, as most international sport remains shuttered around the globe.Vanuatu Cricket Association chief executive Shane Deitz is inviting […]
By PTI Fri, 24 Apr 2020 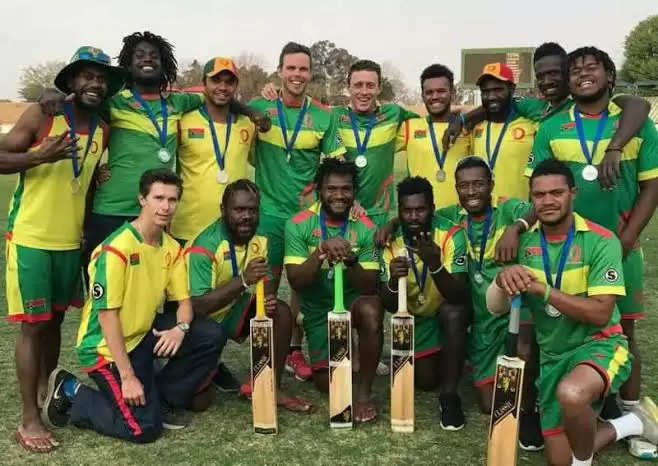 A tropical island in the South Pacific is very likely to be the only venue in the world hosting a competitive cricket final on Saturday, as most international sport remains shuttered around the globe.Vanuatu Cricket Association chief executive Shane Deitz is inviting anyone missing live action to tune in to a live stream.

“It’s one of the only live sports around the world at the moment. We can showcase a bit of cricket for everyone who is in lockdown, Deitz told the Associated Press.

Bored sports fans, he added, can see something a bit different. We can offer some entertainment that’s what we’re trying to do.

The Tafea Blackbirds and the Power Sharks are playing off in the morning in a women’s match, with the winner playing the Mele Bulls in the women’s domestic league final.

A condensed men’s exhibition match starts at 11 a.m. local time (0200 GMT) with the women’s final to follow at a stadium Deitz is calling the Vila Cricket Ground on the island of Efate. They’re setting up four cameras and commentary for the online stream on Vanuatu Cricket’s Facebook site.

Vanuatu went into lockdown late last month as a precaution during the coranavirus pandemic, and was then hit hit by a destructive cyclone on April 6.

So while they’re celebrating a reopening a lockdown and closed borders meant there were no reported cases of COVID-19 in Vanuatu there’s work to be done in parts of the island archipelago that are rebuilding in the wake of Cyclone Harold.

The United Nations last week released 2.5 million from its emergency humanitarian fund to help thousands of people affected when the cyclone made landfall on Vanuatu’s largest island of Espiritu Santo before hitting the Solomon Islands, Fiji, and Tonga.

In Vanuatu, the U.N. humanitarian office said initial reports suggest as much as 90% of the population in Sanma, the most affected province, lost their homes, and more than half of all schools and almost a quarter of health centers were damaged. Crops were destroyed and many communities were cut off from help because of flooding and washed out roads.

The cricket association is helping with fundraising for the relief effort at Santos, where it has an office and serious players.

Cricket is a serious sport in Vanuatu, which has roughly 80 islands and a population of nearly 300,000. It’s located east of Australia, west of Fiji and north of New Zealand.

After a decade of playing first-class cricket for South Australia, Deitz moved into coaching initially in New Zealand, then in Bangladesh and has lived for five years in Vanuatu, where he made his international debut as a player in 2018.

His aim is to keep developing the game and facilities, hoping to make Vanuatu a destination for club teams and national junior teams to practice and play.

The national women’s team is ranked 28th in the world, and most of the players in the squad will be involved on Saturday.

Also Read: How South Africa’s XI might look across formats once the Kolpak players return

Among them will be Selina Solman, who is captain of the national team. She has represented the International Cricket Council’s global development squad, and has played premier cricket for Deitz’s old club in Adelaide, the Southern Districts Stingrays.

Lining up for Mele will be Valenta Langiatu, a hard-hitting opening bat and a potential star of the future.