No-balls are a part and parcel of the game but getting a wicket off it can be heart-breaking for the bowler and the fielding side. There have been multiple such instances where batsmen have got reprieves because of the bowler overstepping. Some batsmen have made the most of it while some failed to cash in. […]
By Sahil Jain Fri, 11 Oct 2019 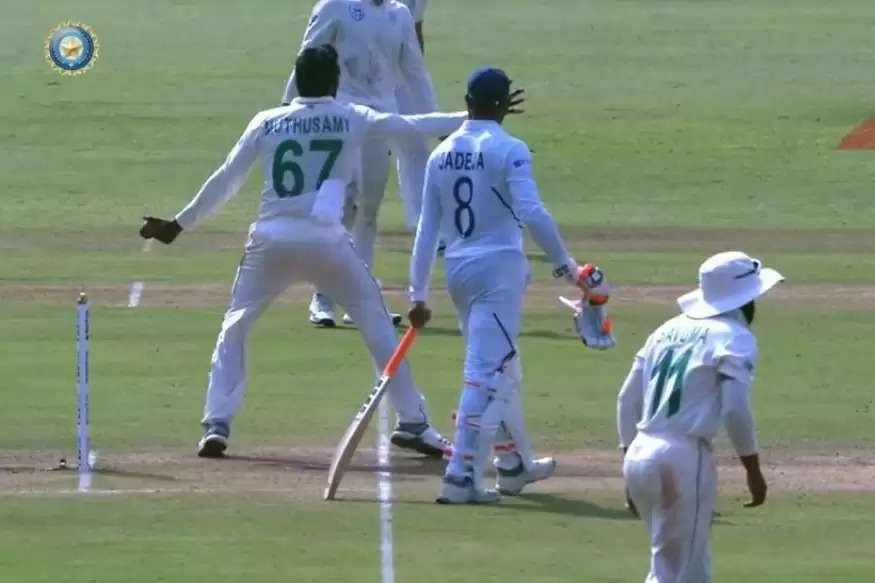 No-balls are a part and parcel of the game but getting a wicket off it can be heart-breaking for the bowler and the fielding side. There have been multiple such instances where batsmen have got reprieves because of the bowler overstepping. Some batsmen have made the most of it while some failed to cash in.

Let’s take a look back at some of the famous no-balls in the recent past in the longest format.

Muthusamy had dismissed the Indian skipper in the first Test for a low score. It was also the left-arm spinner’s maiden Test wicket. However, Kohli played the all-rounder very well in the second Test in Pune.

In fact, the Indian No. 4 was milking runs easily. He struck a fine double ton, his seventh in Test cricket. After crossing the landmark, Kohli was looking for some quick runs. Muthusamy dragged one down and Kohli launched him over mid-wicket for a six.

However, two balls later, the Durban-born spinner had Kohli for the second game in a row. But much to Kohli’s and the crowd’s delight, Muthuswamy had overstepped and the Indian skipper got a life. He made most of that life as he switched gears and scored quick runs. Moreover, he also notched up his highest Test score and went past the 250-run mark for the first time in his career.

During the third Test of England’s tour to Sri Lanka, Lakshan Sandakan came under the scanner. There were plenty of no-balls that weren’t called. However, only two of them were and on both occasions, Ben Stokes was dismissed. Thus, the on-field umpires decided to consult the third umpire.

In the 24th over of England’s second innings, Stokes who was batting on 22 was caught at cover but Sandakan had overstepped and the England all-rounder made his way back to the middle. 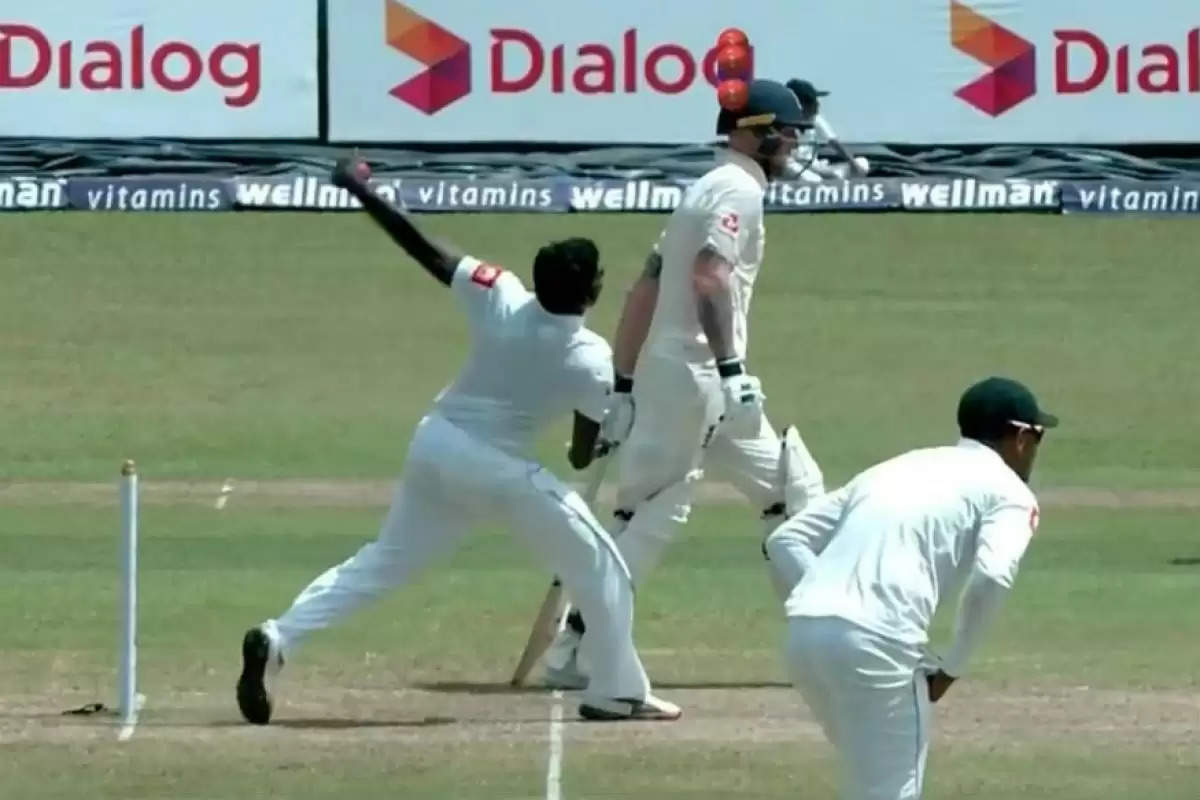 Sandakan gave two no balls to Stokes, who could not capitalize

A few overs later, Stokes got lucky again. He was caught behind when he was on 32 but the Sri Lankan chinaman bowler had overstepped once again. However, the England pace-bowling all-rounder couldn’t capitalize as he was eventually dismissed for 42.

Tom Curran made his Test debut during the Boxing Day Test in 2017. He was up against an in-form David Warner who had given his side a flying start. The duo were involved in some banter and war of words as well.

However, Curran seemed to have the last laugh as he dismissed Warner on 99. The Aussie opener top-edged a short-arm jab to mid-on. But replays showed that the England pacer had overstepped and Warner got a reprieve. On the next delivery, Warner completed his 21st Test ton and celebrated in style, his trademark jumping fist pump.

Eventually, Curran’s no-ball didn’t cost England much as James Anderson got rid of Warner soon who eventually finished with 103. But that no-ball had created a bit of tension between Warner and Curran.

England had a tough tour to the Caribbean earlier this year. They were outclassed in the first two Tests by a spirited West Indian team. However, they did make a strong comeback in the third Test and one of the highlights of the game was Stokes coming back after reaching the pavilion.

After notching up a fighting half-century, Alzarri Joseph took a fabulous catch to dismiss the England all-rounder. Stokes hit a back of a length delivery, however, Joseph took a blinder. The England all-rounder walked back and reached the dressing room but the umpires decided to have a look at the no-ball pretty late. It was found that Joseph overstepped and Stokes was recalled and resumed batting on 52.

Stokes couldn’t really capitalize on the reprieve as he added only 27 runs after the life. However, he ended the innings as the highest scorer for England who eventually won the game by a huge margin.

Steve Smith was in the form of his life during the Ashes earlier this year. He was batting like a dream and England simply had no answers against him. Though his average against left-arm spin is the lowest among all the other type of bowlers, Smith was undeterred despite Jack Leach’s inclusion. 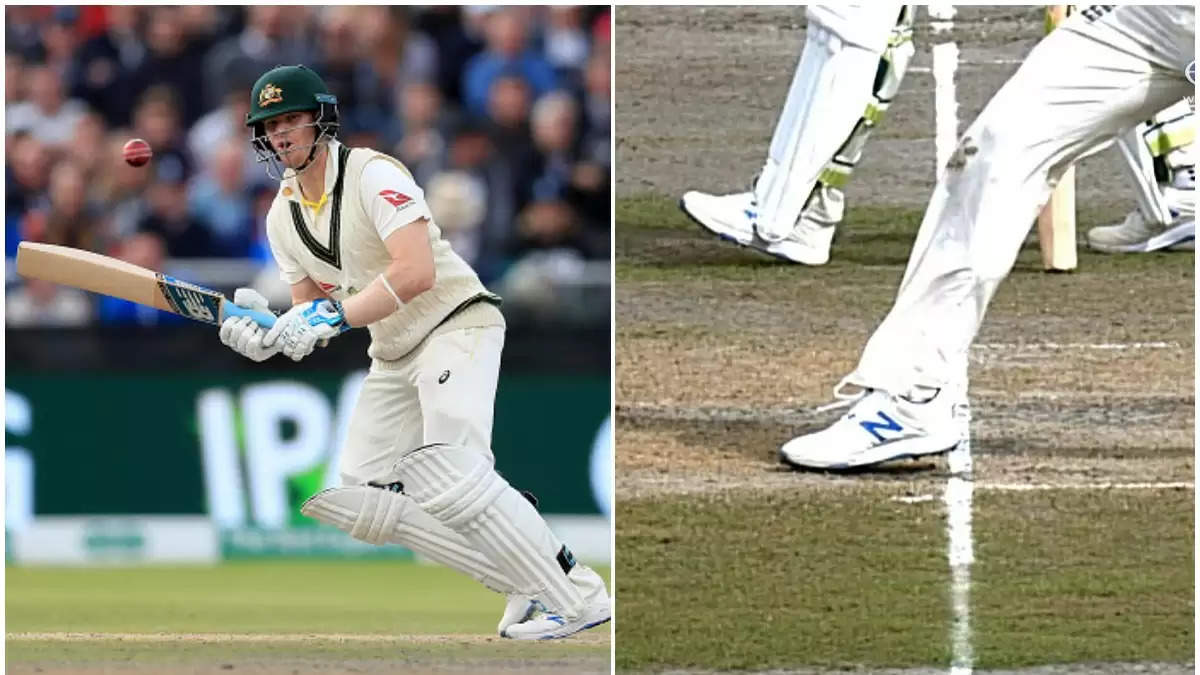 Leach’s no ball changed the course of the Ashes 2019

But Leach did induce an error from Smith in the fourth Test at the Old Trafford. After scoring his third ton of the series, the former Aussie skipper was fidgety and looked iffy. Thus, Leach had Smith edging to slip where Stokes took a good catch.

However, to England’s dismay, Leach had overstepped and Smith got a life. It was a huge blunder as Smith plundered runs after he got this reprieve. He went on to score a double ton and helped Australia inch closer to 500. Smith was eventually dismissed by Joe Root for 211. It was a knock that helped Australia retain the Ashes.

When England traveled to the UAE for a three-match Test series against Pakistan, Shoaib Malik made a return to the Pakistan side after a gap of more than five years. In fact, in 2010, the last time he played Test cricket, it was also against England. However, he couldn’t have asked for a luckier comeback to the longest format of the game.

After opting to bat first on a placid track in Abu Dhabi, Pakistan lost an early wicket, which sent Malik to the crease early. He started well and reached 40 when luck favoured him. Stuart Broad induced the edge which was caught at gully by Stokes. However, replays showed that Broad had overstepped and Malik got a reprieve.

And boy, he made the most of it. He went on to score a fine double hundred, eventually finishing on 245 as he punished the England bowlers. That no-ball cost England a staggering 205 runs as Malik had a dream comeback Test. England did score heavily too and almost won the game before bad light came into play.