Muhammad Shehzad, the Pakistan teenage opener who is a destructive pacer

17-year-old Muhammad Shehzad was picked for Pakistan’s campaign in the U19 World Cup 2022 keeping in mind his batting prowess. The youngster came into the tournament as one of Pakistan’s opening batters after he played exceptionally in the U19 Asia Cup in the United Arab Emirates (UAE). But there’s more to the Young Turk than […]
By Sabyasachi Chowdhury Sun, 23 Jan 2022 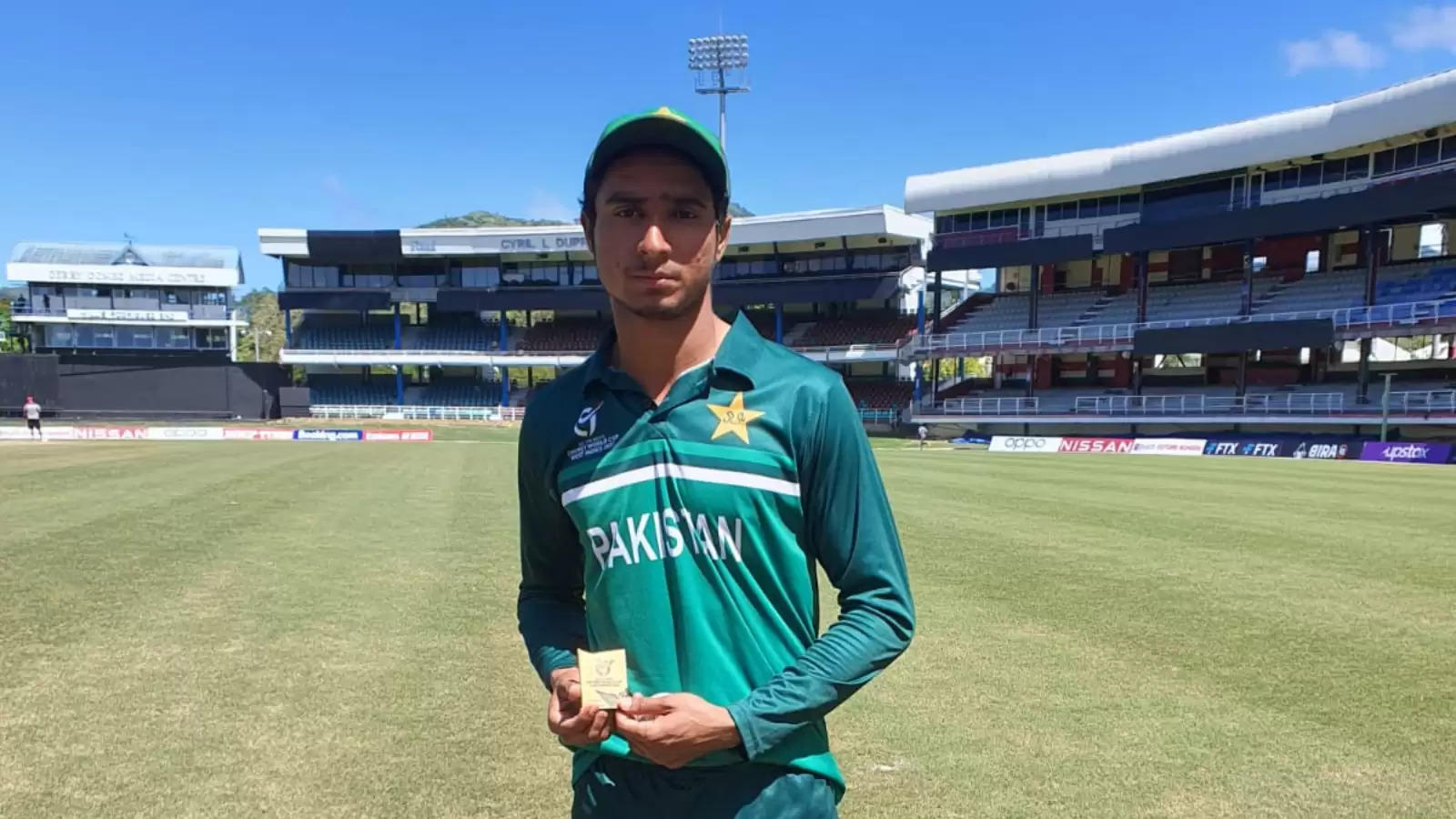 17-year-old Muhammad Shehzad was picked for Pakistan’s campaign in the U19 World Cup 2022 keeping in mind his batting prowess. The youngster came into the tournament as one of Pakistan’s opening batters after he played exceptionally in the U19 Asia Cup in the United Arab Emirates (UAE). But there’s more to the Young Turk than what meets the eye.

Shehzad is a more than handy medium pacer, although he bowled only 2.1 overs for the Pakistan U19 team before the start of the ongoing multi-nation event in the West Indies. On Saturday, January 22, Pakistan just might have unearthed a talented bowler in Shehzad after the seamer finished with figures of 6.4-3-7-5 against the Papua New Guinea (PNG).

Rather surprisingly he had only bowled 2.1 overs in his Pakistan Under 19 career before today.#U19CWC #Cricket

His spell of bowling helped Pakistan bowl PNG out for 50 after which the Boys in Green won by nine wickets. Over the last couple of years, a number of Pakistan pacers, including Shaheen Afridi, Naseem Shah, Muhammad Musa among others have come up the ranks in their teenage days. Shehzad is quite some distance away, but he isn’t in the wrong track.

The rise of Muhammad Shehzad

Born on February 5, 2004 at Dera Gazi Khan, Shehzad had to shun education at the age of nine to pursue his passion of playing cricket. The demise of his father when he was young didn’t take away his focus from the game. The year 2015 turned out to be a crucial year in Shehzad’s career as he got the first taste of playing with the hard-ball.

Three years later in 2018, the young prodigy moved to Lahore and in the subsequent year, he was selected to represent Pakistan U16 in their series against Australia U16. Although he faltered in the one-dayers, Shehzad scored 73 in Pakistan’s six-wicket win in their only T20I.

Thereafter, he performed to expectations in the ODIs and three-day games against Bangladesh U16 where he scored 198 runs across formats. Shehzad caught the eyes of U19 head coach Ijaz Ahmed, also a former national cricketer, ahead of the World Cup.

Shehzad draws inspiration from Pakistan all-format skipper Babar Azam, who has been a revelation for the Men in Green in the last six years. Shehzad also looks up to England all-rounder Ben Stokes and 1992 World Cup-winning Pakistan skipper, Imran Khan.

At a tender age of 17, Shehzad said that he can clock around the 130 kph on a consistent basis and he hopes to work on his speed going forward. He has set his goals clear and wants to represent Pakistan at the highest level while talking about his admiration for Test cricket.

The Pakistan national team has Faheem Ashraf and Hussain Talat as their pace-bowling all-rounders and Shehzad might have emerged as a future prospect. From scoring runs in the top order to picking up wickets, all eyes will be on Shehzad as his career shapes up.