Naseem Shah gets younger: Looking at all players who have made news for fudging their real age

We often here the phrase, “Age is just a number” and some of the cricketers have taken it too seriously. Over the years, there have been cricketers who have been caught for faulting their age. It matters quite a bit in age-group cricket but once you elevate to international or even domestic cricket, it hardly […]
By Sahil Jain Sat, 23 Nov 2019 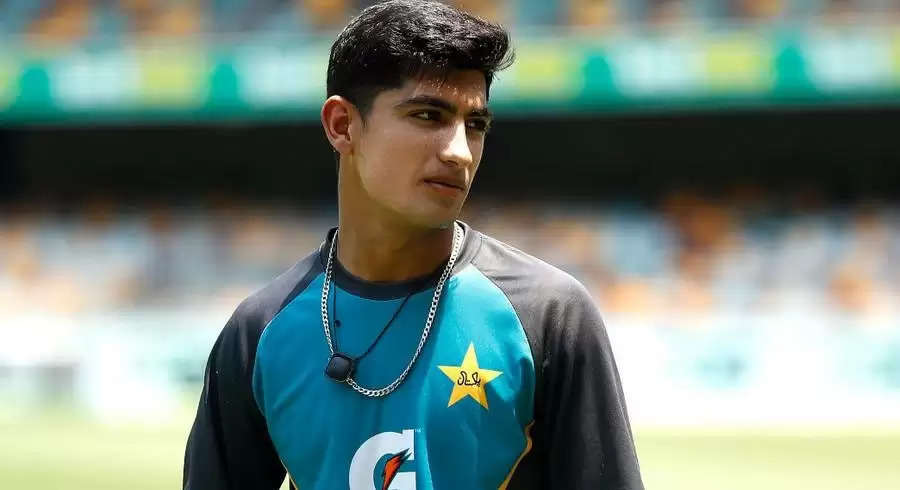 We often here the phrase, “Age is just a number” and some of the cricketers have taken it too seriously. Over the years, there have been cricketers who have been caught for faulting their age. It matters quite a bit in age-group cricket but once you elevate to international or even domestic cricket, it hardly matters. However, they do make a difference when there are records for youngest players to make debuts, score hundreds, take fifers and so on. Recently, Pakistani youngster Naseem Shah was in the news for his age. At 16 years and 279 days, he became the youngest Test debutant against Australia this week, however, old videos of the seamer have now emerged, where he was enlisted as a 16-year old back in 2016 as well!

Thus, here take a look at four cricketers who have been in the news in the recent past for their wrong age.

There’s often talk about how Shahid Afridi keeps coming out of retirement. But there is also talk about his age. He made his international debut as a 16-year-old in 1996 against in a Quadrangular ODI series in Kenya. In his second ODI against Sri Lanka, he smashed the then fastest ODI ton (off 37 balls) and the record stayed for more than 17 years. Moreover, he had become the youngest to score an ODI ton.

The star Pakistan all-rounder played international cricket for about two decades. He turned out for Pakistan in more than 500 internationals, scoring in excess of 11,000 runs and picking up close to 550 wickets. Afridi was a real entertainer and still continues to play T20 cricket. Earlier this year, he was in the news for his age again.

In his autobiography (Game Changer), the leg-spinning all-rounder revealed that he was born in 1975 and not 1980, as the records mention. So, with that being said, his age at the time of debut would’ve been 21 and not 16 which affects the record of the youngest player to score an ODI ton if they were to be corrected.

There are some players who become superstars at a very young age and are in the spotlight constantly. Manjot Kalra is one such who made headlines in the 2018 Under-19 World Cup. While he may not get the attention that the likes of Prithvi Shaw or Shubman Gill get, he was one of the bright upcoming talents. The left-handed opener struck a match-winning ton in the final of that Under-19 World Cup helping India lift the title.

He even got picked by the Delhi Capitals in the IPL auctions. However, Kalra got into trouble earlier this year. According to Delhi Police’s special investigation, the Delhi-born cricketer is a year older than what the cricketing records suggest. If that is true, it means that Kalra was ineligible to participate in the Under-19 World Cup in 2018 and yet, he did.

Pakistan is known to produce some quality fast bowlers and that too at a very young age. Naseem Shah is the latest. He has made headlines for his ability to bowl quick and rattle the batsmen with sheer pace. As a 16-year-old, he’s gone on to make his international debut at the Gabba in the first Test against Australia. The fast bowler has played just seven first-class games and has a very impressive record.

However, as soon as he made his debut, he came in the news for faulting his age. A tweet from 2018 by Pakistan cricket journalist Saj Sadiq resurfaced, where it was revealed that Shah was 17 years old back in December last year. Former India cricket Mohammad Kaif even took a dig at it as well.

Looks a terrific prospect. But is 16 now, aging backwards i think https://t.co/frlg06ZIFk

At the start of the 2019 IPL, Mumbai Indians (MI) threw a surprise when they played a young pacer from Jammu and Kashmir, Rasikh Salam. He was bought at his base price of INR 20 lakhs. He had made his debut for Jammu and Kashmir in all three formats in the 2018-19 season only and had featured in a handful of games. The J&K pacer impressed in the trials and was subsequently picked up by MI. However, he played just that one game and warmed the benches throughout.

However, after the IPL, Salam was in the news again. The right-arm pacer was picked in the Under-19 Indian squad which toured England for a tri-series. However, in no time, he was slapped with a two-year ban for faulting his age. “Mr. Rasikh Salam has been banned by the BCCI for two years following a discrepancy – submission of faulty birth certificate to BCCI,” a press release from BCCI stated.