After celebrating a 5-0 Test Series win over Ashes rivals England on home soil a few days before, Australia went on to reach the pinnacle of their One Day International Cricket history, winning their 3rd consecutive World Cup on this day back in 2007 at the West Indies. This was by far their most convincing campaign, […]
By Rajarshi Das Tue, 28 Apr 2020 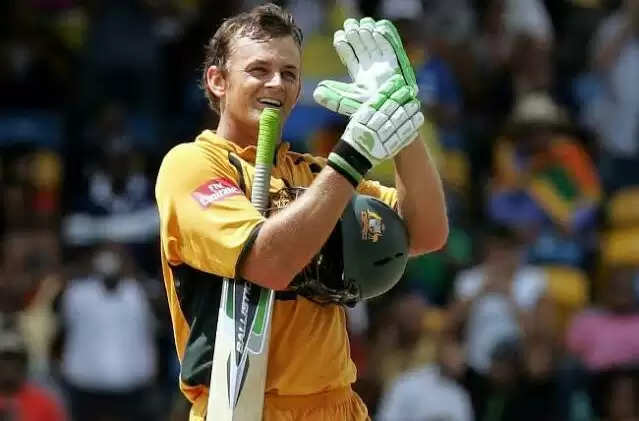 After celebrating a 5-0 Test Series win over Ashes rivals England on home soil a few days before, Australia went on to reach the pinnacle of their One Day International Cricket history, winning their 3rd consecutive World Cup on this day back in 2007 at the West Indies. This was by far their most convincing campaign, as they went on to win every single game in the tournament comprehensively.

Although, going into the tournament, Australia suffered a bad run in the ODIs they played prior to the tournament held in the Caribbean, losing to England twice in the best of three finals of the Commonwealth Bank Tri Series which took place after the Ashes Series. A tour to New Zealand for a three match ODI series after that yielded poor results as well, as Australia suffered a 3-0 whitewash against their Trans Tasman rivals, unable to defend over 330 twice.

In an interview to the ICC during last year’s World Cup, former Australian captain Ricky Ponting shared his experience of the tournament.
“To be honest, it actually didn’t feel too different to me at all going into the 2007 World Cup. From the media’s point of view, it felt a lot different,” recalled Ponting, the man who led Australia to the title in 2003 and 2007, “Still remember my first press conference when I arrived in the Caribbean, and if you remember, we’ve just been to New Zealand, lost 3 of 4 nil, I think we batted first every game and got 320 and lost every game, so there was a bit of negativity going into the tournament that we were too old, past our best, whatever, I suppose. Reality was, I think 6-7 guys out of that New Zealand tour squad were resting up to go to the World Cup. So I arrived and sat down in the press conference and I remember one of the journos(journalists) saying, “So how does it feel coming into the World Cup not being favourites this time?” ”

“I’m like, this is interesting. And he said, you know, the feeling is that everyone’s a bit older and lot of your players are on the way down, and every word he said, the hairs at the back of my neck were like….and I was sorta biting my tongue, thinking, “How am I gonna answer this?” And I then said to that bloke, “Alright, I wanna make sure that you’re sitting in that same spot in two months time, at the end of the World Cup. We’ll see what happens.”

The whole World ended up watching the ‘old’ Australian team steamroll opposition after opposition with utter disdain. Australia won 4 of their total World Cup games by over a 100 runs(3 of them over 200 runs), and 4 of their total World Cup games by a margin of 7 wickets or more. Going into the World Cup final, Glenn McGrath had 25 wickets in the tournament, taking atleast 3 wickets in almost every game, supported emphatically by the new ball combination of Nathan Bracken and Shaun Tait in the absence of Brett Lee, who had to return home due to an ankle injury. In the batting department, Matthew Hayden had scored a mammoth 621 runs in the tournament with 3 hundreds, including the then fastest World Cup hundred, off 66 balls against South Africa in the group stages.

Having won the toss against Sri Lanka in the final, Ponting decided that his team would bat first. Rain delays meant that the Final was truncated to a 38 Over contest. What followed next was absolute carnage. Adam Gilchrist, who didn’t quite leave a major mark in the tournament until then, took the Sri Lanka bowling attack apart, hitting them to all parts of the ground with utter disdain. The likes of Vaas, Malinga, Fernando and even Muralitharan were simply not spared. The fact that Gilchrist inserted a squash ball in his left hand glove meant that he was able strike the ball cleanly and better than before. With the help of cameos from Hayden and Ponting, Gilchrist ended up scoring a 149 off a 104 balls, the highest score by a batsman in a World Cup final. Australia set a target of 282 for Sri Lanka in the 38 allotted overs.

Sri Lanka lost opener Upul Tharanga early on, caught behind off Bracken. Sanath Jayasuriya and Kumar Sangakkara added 116 for the 2nd wicket, giving a thin ray of hope to Sri Lanka, but once Sangakkara fell to Hogg at the brink of the 20th Over for 54, with still a 159 runs to get, there was only one winner. Jayasuriya followed soon after, bowled after playing a reckless shot to Michael Clarke with the required run rate climbing. Further rain delays meant that Sri Lanka’s target would be reduced to 269 in 36 Overs. Sri Lanka started to lose regular wickets after that, and at the end of the 33rd over, with Sri Lanka still trailing the adjusted Duckworth Lewis target by 37 runs, the umpires suspended the game due to bad light. While Australia’s players began to celebrate their victory (since the minimum 20 overs had been reached), the umpires incorrectly announced that because the match was suspended due to light and not rain, the final three overs would have to be bowled the following day. With Sri Lanka needing 61 runs from 18 deliveries, Sri Lankan captain Mahela Jayawardene agreed there was no need to return the following day, and instructed his team to resume batting; Ponting agreed to play only spin bowlers. The last three overs were played in almost complete darkness, during which Sri Lanka added just nine runs to give Australia a 53-run victory by D/L method. The umpires later apologised for their error, saying that the match should have ended then with Australia winning by 37 runs.

Talking about the terrible closing to the tournament, Ponting said, “The finish to that 2007 World Cup final was just an absolute farce. I remember the umpires coming to me on the field, saying, “It’s getting too dark, we’re gonna come back and finish this game tomorrow.” There was a bit of rain during the course of the day, so I just made sure that I ran through…bowled spin, bowled Symmo (Andrew Symonds) just to get through 20 Overs, knowing that once 20 Overs are done, that’s game done, that’s what we needed to complete a game!”

“The Sri Lankans, thankfully, they had agreed, I think they must have had a flight out that night or something(chuckles)! They wanted to get home, but they agreed to come out and face the last couple of overs which were just literally…I mean you’ve got no idea how dark, it was pitch black dark, and to the point where we had to bowl Simmo, just lobbing down off spinners because you couldn’t have been able to see anything else, so it was a farcical end to what was a pretty good tournament.”

Australia ended the tournament with 29 undefeated World Cup matches. With 26 wickets to his credit, Glenn McGrath was adjudged player of the tournament.

“It was a good tournament, as I said, looking back on all my time during the World Cup, I think that was my favourite World Cup. Spent a pretty special time and pretty special celebrations afterwards as well!” Ponting concluded.