On This Day: Sachin Tendulkar scored his maiden IPL Ton

Before the introduction of Sunrisers Hyderabad, there was this other team in Orange who where a part of the IPL, albeit for only one season back in 2011. The name Kochi Tuskers Kerala brings back memories of the likes of Brendon McCullum, Brad Hodge, Mahela Jayawardene, Sreesanth in action wearing the orange kit with purple […]
By Rajarshi Das Wed, 15 Apr 2020 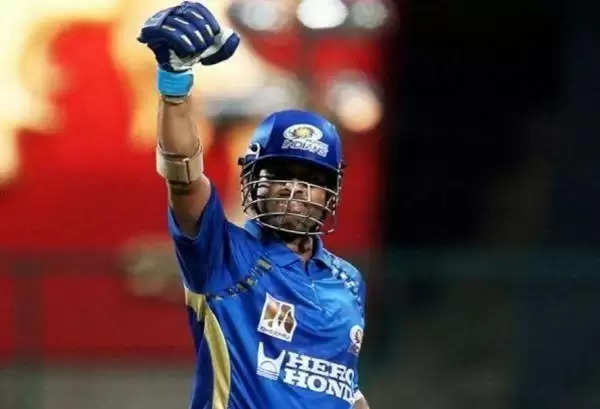 Before the introduction of Sunrisers Hyderabad, there was this other team in Orange who where a part of the IPL, albeit for only one season back in 2011. The name Kochi Tuskers Kerala brings back memories of the likes of Brendon McCullum, Brad Hodge, Mahela Jayawardene, Sreesanth in action wearing the orange kit with purple stripes. It was not a memorable experience for the team and its supporters, as they finished 8th in the league with only 6 wins out of 14. It was against this opponent that Sachin Tendulkar scored his maiden and only IPL hundred, playing for the Mumbai Indians.

After the high of winning the World Cup after 28 years, Sachin Tendulkar scored an elegant 100* off 66 balls against the Kerala based franchise at the Wankhede, the same venue where the Indians were crowned World Champions two weeks ago, beating Sri Lanka by 6 wickets.

ALSO READ: Throwback: When Sachin Tendulkar gave India its only Test win in New Zealand since 1976

After winning the toss in their first ever IPL game, the Kochi Tuskers Kerala captain Mahela Jayawardene invited the Mumbai Indians to bat first, thereby paving the way for an incredible exhibition of batting by the Indian maestro. It was a topsy turvy start to the innings for Tendulkar, as he survived a run out before scoring a run, and two dodgy lbw decisions from Paul Reiffel went his way as well. Once he was set, there was no stopping him. He started off with a trademark straight drive which earned him a boundary, and from there on, it was carnage. Despite the loss of Davy Jacobs in the 9th Over with 61 on the board, Tendulkar carried on making merry with a range of his shots very familiar to the whole Cricket watching World, even attempting a few unorthodox shots on the way like smashing straight sixes off his back foot, playing a helicopter shot towards square leg that rocketed to the fence, or sweeping Vinay Kumar for four past fine leg. The fact that he found a suitable partner in Ambati Rayudu also helped, with the latter scoring 53 off 33 before being run out in the final over. The two of them 116 runs for the 2nd wicket, with Tendulkar carrying his bat till the end, bringing up his hundred off the last ball of the first innings.

Unfortunately for Tendulkar and the Mumbai Indians, the score of 182 was not enough, as the Kochi Tuskers Kerala, powered by a dashing 81 by McCullum, who put on 128 with Mahela Jayawardene (56) for the opening wicket, and a very handy 25* from Ravindra Jadeja off 11 balls, won their first IPL game by 8 wickets with an over to spare. Brendon McCullum was named Man Of the Match.