Afghanistan’s rise as a cricketing nation since the last decade has been built upon the success of their spinners. The emergence of Rashid Khan, Mohammad Nabi and Mujeeb-Ur-Rahman has been followed by the arrival of Zahir Khan and Qais Ahmad now. So they have just kept churning these spinners out one after another. And the […]
By Prasenjit Dey Fri, 17 Jan 2020 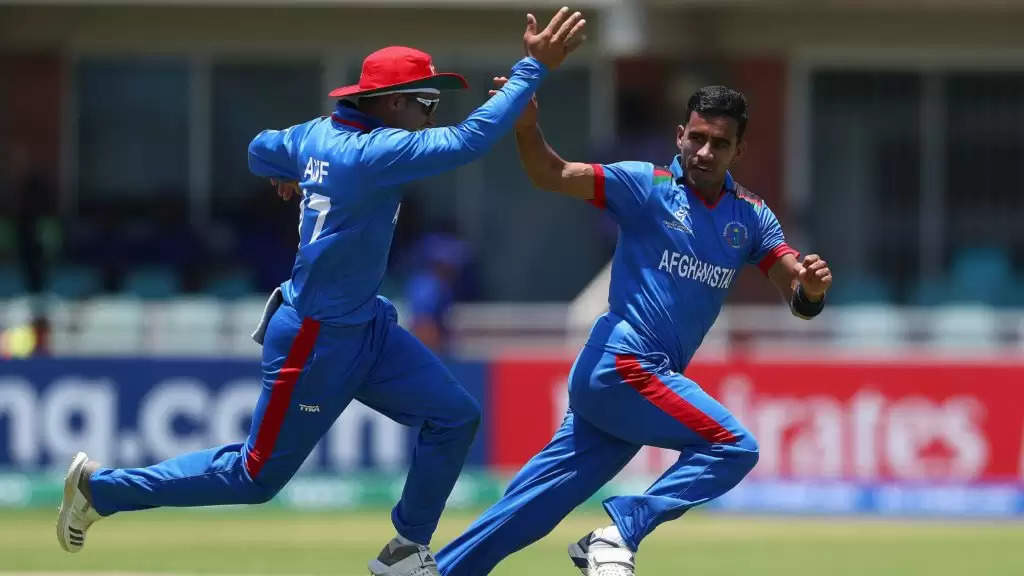 Afghanistan’s rise as a cricketing nation since the last decade has been built upon the success of their spinners. The emergence of Rashid Khan, Mohammad Nabi and Mujeeb-Ur-Rahman has been followed by the arrival of Zahir Khan and Qais Ahmad now. So they have just kept churning these spinners out one after another. And the latest addition to this long line of mystery spinners is none other than the 18-year-old leg-spinner Shafiqullah Ghafari.

There is still some time before he makes his way into the country’s national setup, but he is ensuring that he makes all the right noises as he charts his course on to his final destination. The young spinner showed his talent at the global stage on Friday when he powered the Afghanistan U-19 team to a comprehensive victory over South Africa U-19 in the tournament opener of the U-19 World Cup at Kimberley.

Shafiqullah Ghafari celebrates after claiming the wicket of Gerald Coetze during his spell of 6 for 15 against South Africa U-19 (Image: ICC/Getty Images)

South Africa U19 got two early jolts when pacer Fazal Haq sent both of their openers, Jonathan Bird and Andrew Leuw, back to the hut just inside the third over. However, just as they seemed to recover from that shock, it was Ghafari who completely bamboozled them, and thus ran through their middle and lower-order.

His first wicket came on the last delivery of the 14th over as he cleaned up Manje Levert with a well disguised googly to reduce South Africa to a score of 63 for 4. In fact, that went on to be the trend of dismissals for the remaining Protea batsmen as all of them failed to pick Ghafari’s googlies.

Also Read: ICC Under-19 World Cup 2020: One player from each team to watch out for

His second wicket came in his very next over as a left-handed Jack Lees was trapped plumb in front of the wickets with a leg-break that turned in just enough. Wicketkeeper-batsman Luke Beaufort tried to wage a lone battle but he had to surrender to Ghafari’s skills as well. Beaufort was playing for the dangerous googly everytime but Ghafari managed to edge him out in the slips with his stock delivery once again.

A closer look at Shafiqullah Ghafari’s outstanding effort with the ball.

The Lower-order batsmen followed soon– all of Khanya Kotani, Gerald Coetze and Achille Cloete were cleaned up by Ghafari’s googlies whereas Tiaan van Vuuren fell prey to his leg-break.

Coetze was the last South African batsman to depart as Ghafari registered a mesmerizing spell of 9.1-2-15-6. This, in turn, also became the best bowling figures by an Afghanistan bowler at the U-19 stage and also the seventh best figures by a bowler in the history of the tournament. 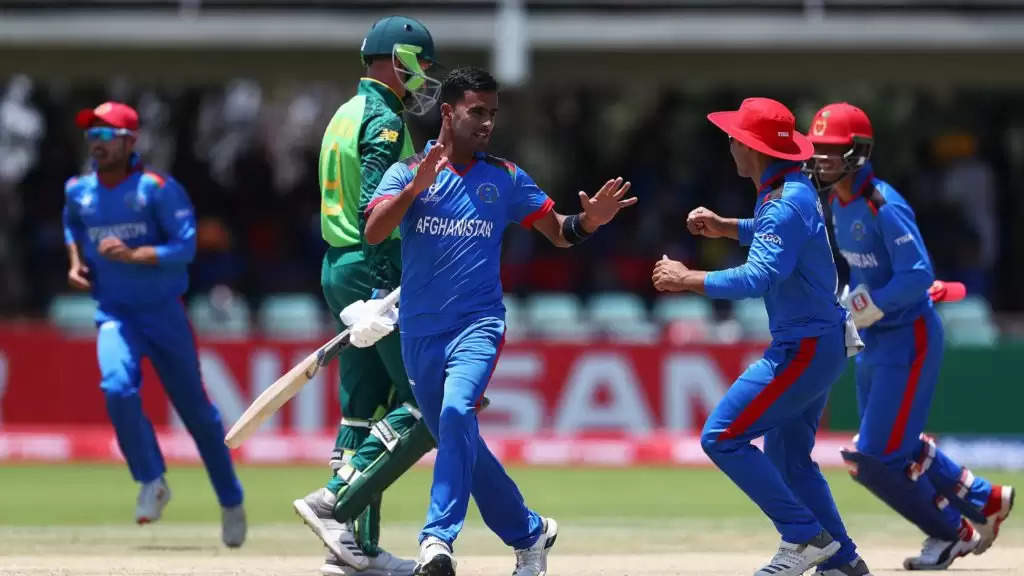 Shafiqullah Ghafari celebrates after dismissing Tiaan van Vuuren during his spell of 6 for 15 against South Africa U19 at Kimberley (Image: ICC/ Getty Images)

Ghafari claimed four of his six wickets in total with googlies and that goes on to tell how well he knows to disguise it.

A closer look at his action while bowling googlies reveals that he turns his wrist backwards just at the last moment, that is just at the point of release, which makes it very difficult for batsmen to spot it. It appears to them as if the delivery is coming on with a side-arm action and that, in turn, makes it look like a leg-break to them. However, by the time they realize that it isn’t, it is too late for them to make any sort of adjustment to save their priced wicket.

Also Read: From Virat Kohli to Kagiso Rabada: Five modern day players who had great a U-19 World Cup

The young leggie has already featured in three first class and seven T20 matches in Afghanistan’s domestic cricketing circles, and has nine wickets to his name in the two formats combined. A first-class batting average of 26.25 and a fifty each in this format and T20s goes on to tell that he is a useful lower-order batsman too and that means, we could end up watching him contributing some valuable runs down the order for Afghanistan U-19 during the course of this tournament.

Ghafari had already shown what he is capable of in the warm-up fixture against England U-19. His spell of 10-1-31-2 in their 21-run victory over the English side served as a trailer of what we witnessed today in Afghanistan’s massive seven-wicket victory over South Africa U-19, and the Afghan boys would be eager to see him delivering again when they take on U.A.E in their next match at Potchefstroom five days later.