Shannon Gabriel: The roller-coaster ride of the tearaway quick

“He, Shannon Gabriel, definitely reminds me sometimes of Patrick Patterson, with raw pace. When he gets the ball to swing, he is probably like Ian Bishop who had the outswing. He has the inswing. With the pace he has, he reminds of me the guys back in those days who used to bowl real fast.” […]
By Sahil Jain Thu, 11 Jun 2020 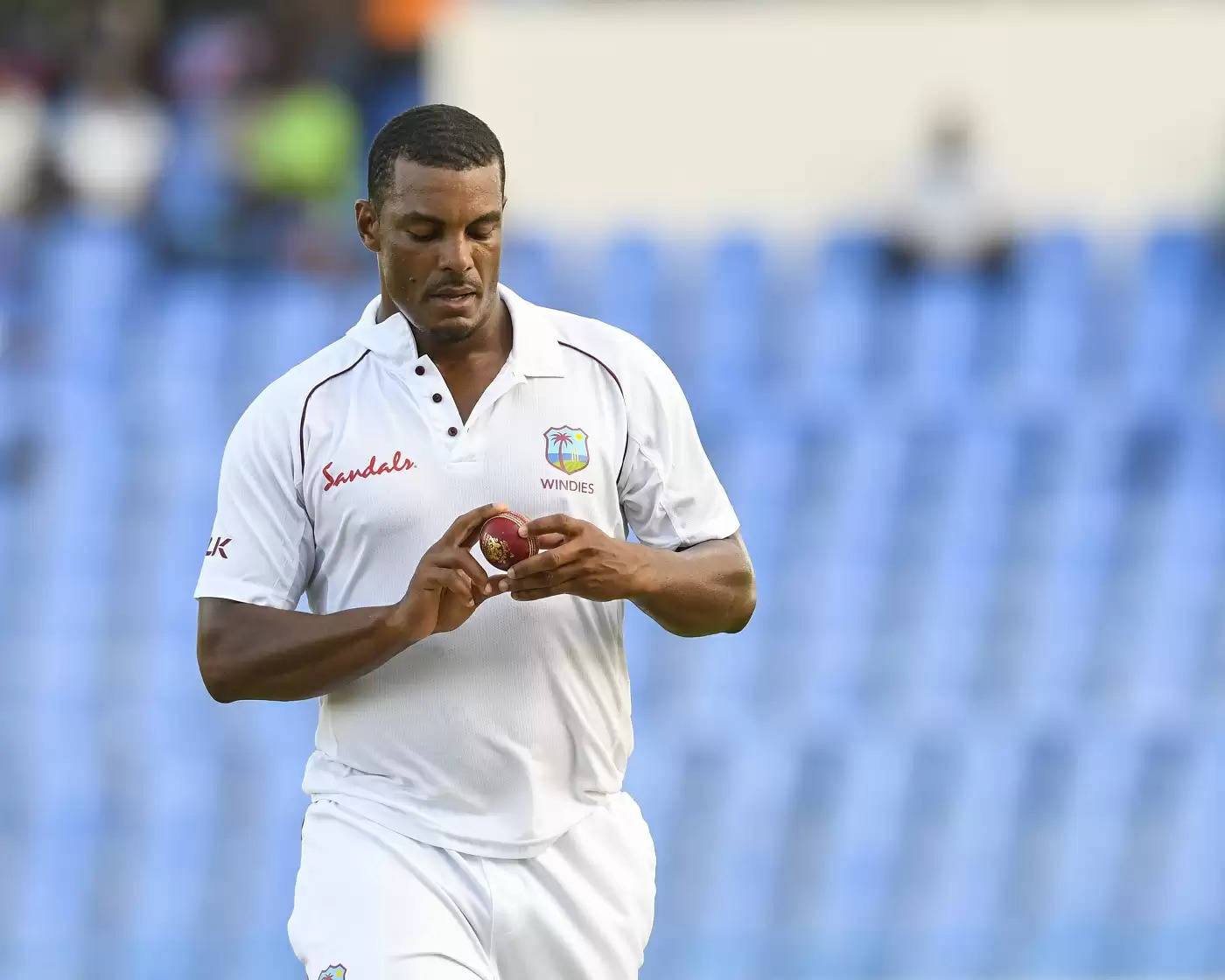 “He, Shannon Gabriel, definitely reminds me sometimes of Patrick Patterson, with raw pace. When he gets the ball to swing, he is probably like Ian Bishop who had the outswing. He has the inswing. With the pace he has, he reminds of me the guys back in those days who used to bowl real fast.”

This is how one of the greatest fast bowlers from West Indies and the country’s leading wicket-taker in Test cricket, Courtney Walsh, described Shannon Gabriel back in late 2018. West Indies have had a history of fast bowlers but there had seemed to be a dearth of them a few years ago. The pitches in the Caribbean lacked life, and they were slow and sluggish, more often than not. However, in the last couple of years, it has picked up the pace once again. The fast bowling seems to have been revived again with the likes of Gabriel leading the fast bowling attack with Kemar Roach and Jason Holder along with a few others.

Gabriel is big, bulky and often has an intimidating look when he runs in to bowl. What’s important is the consistency with which he’s been bowling. He has a high-arm action and generates good bounce that can be discomforting at times. And like Walsh mentioned he can move the ball at real pace. It was reminiscent of some of legendary West Indian fast bowlers who could bowl fast and yet, move the ball, and hence, Gabriel is often compared to Ian Bishop.

Although all wasn’t rosy for the Trinidad pacer. Yes, Gabriel is a tearaway fast bowler and has lethal pace and can trouble most batsmen in the world. However, for quite a few cricket fans, one distinct memory of Gabriel would surely be the ‘brain fade’ moment when he was batting against Pakistan back in April 2017. With seven balls to go, just one wicket in hand and with Roston Chase batting on 101 at the other end, all Gabriel had to do was survive one ball. And what does Gabriel do? He goes for an almighty slog and was out bowled. West Indies lost the Test match and the series. 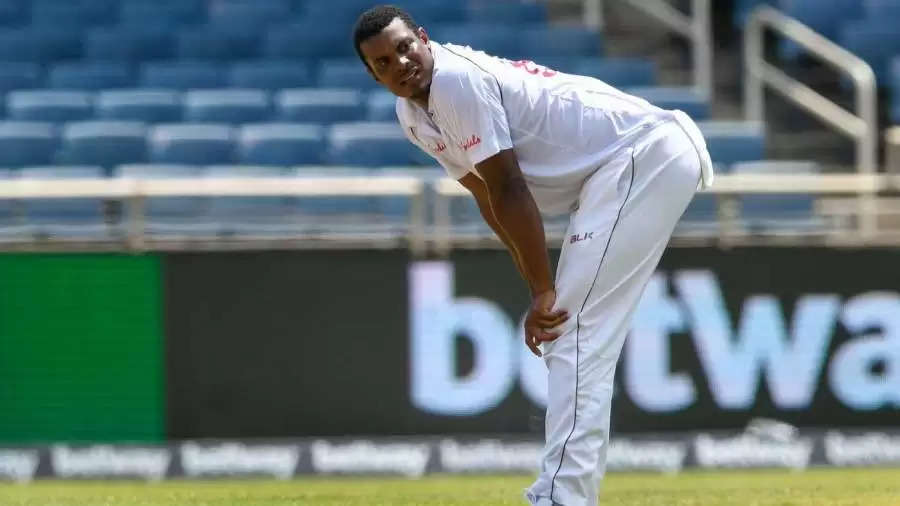 In two years (2017 and 2018), Shannon Gabriel picked 71 wickets at an average of 23.94. He, thus, played a big role in helping West Indies revive Test cricket and becoming a decent force again, at least at home.

People remember that series and Gabriel in that series for that one moment. But with the ball, it was that very series where the Trinidad fast bowler had started to transform. Before that three-match series against Pakistan at home, he had never picked more than nine wickets in a single series and he took 15 wickets in that series. His Test career seemed to be going nowhere and then came the switch. He became a lot fitter, both physically and mentally (as Gabriel told ESPNcricinfo back in December 2018) and the results followed.

Till the end of 2016, Gabriel had taken 48 wickets from 22 Test matches and averaged 38.92 after making his debut in 2012. The year 2017 changed quite a bit. In two years (2017 and 2018), he picked 71 wickets at an average of 23.94. He, thus, played a big role in helping West Indies revive Test cricket and becoming a decent force again, at least at home. He forged a formidable trio alongside Roach and Holder. And Gabriel’s role in this has been to run in and just bowl quick, rush (and push) the opposition batsmen.

It looked like the West Indies have revived fast bowling. At times, it did feel like times of old when the fast bowlers from the Caribbean ran in and had the batters in trouble. Due to Holder’s ability to move the new ball prodigiously, it was Gabriel who shared the new cherry with Roach. The pressure that he built was excellent and he kept hammering away from his end, making the life of the batsmen tough. 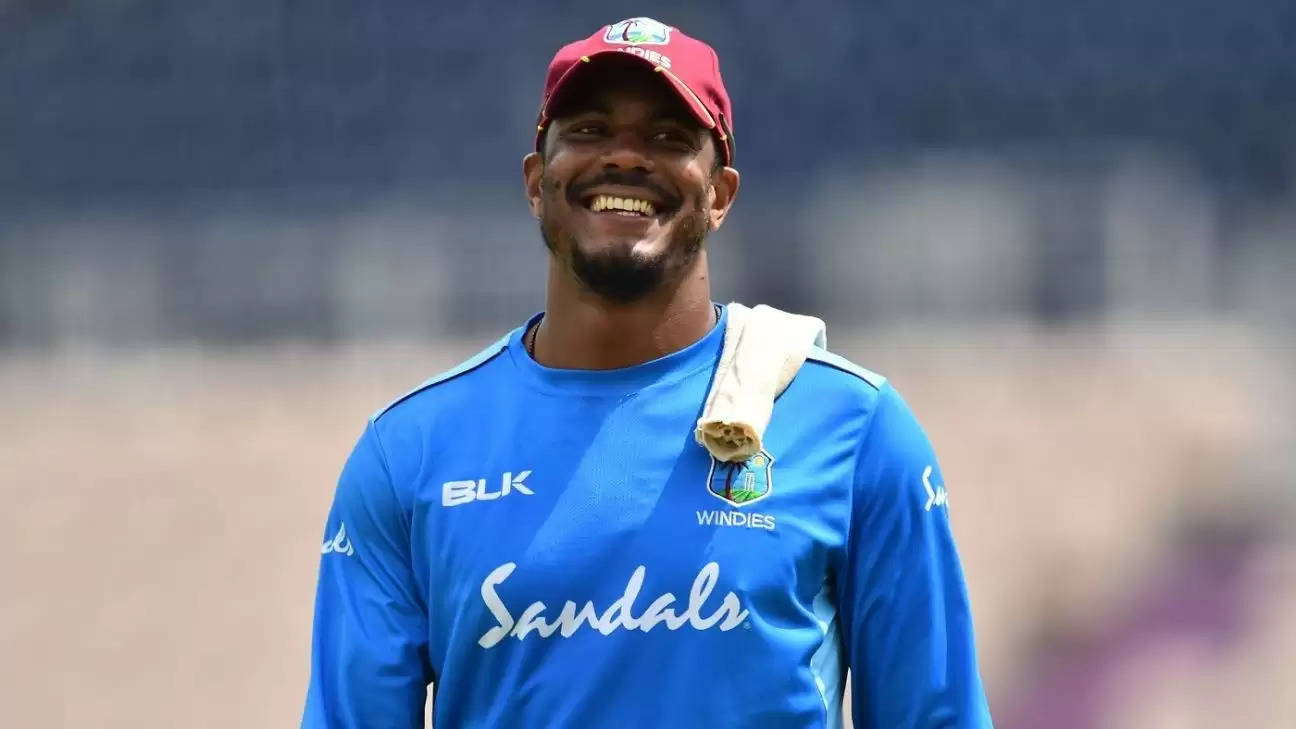 After his initial success, indiscipline, injuries and lack of form hampered the progress of Shannon Gabriel

However, since the time he was banned for the second and last Test in Bangladesh in December 2018, Gabriel’s career has gone haywire. He’s had disciplinary issues on the field and a few injuries here and there, which have halted his progress. 2019 wasn’t the best year both on and off the field for Gabriel.

He’s been getting into unnecessary duels with players, sledging unwantedly and not watching on what he says, resulting into demerit points and bans which have been a regular feature in the last 18 months or so. He was banned for the second Test in Bangladesh as he came in contact with Imrul Kayes unnecessarily before sledging England skipper Joe Root with a ‘homophobic remark’, which led to a suspension of four ODIs.

Moreover, after a disappointing series against India last year, Gabriel flew to the United Kingdom (UK) to join Gloucestershire for the last few County Championship rounds. While his inconsistent run continued, he picked a knee injury which meant he had to undergo a surgery.

Back in November, the 32-year-old quick went under the knife successfully and had a six-month rehabilitation program. That has now been completed and he has landed in England for the three-match Test series. However, Gabriel isn’t in the initial 14-member squad and is only a part of the reserves.

In a chat with i955FM, he had mentioned that he’ll likely be back to full fitness by July and might be ready for the first Test. Maybe, the West Indies team management wants to ease things back slowly and not put a lot of pressure on Gabriel and his knee straightaway. It may well be something to do with Gabriel’s middling returns in England. The pacer from Trinidad who can clock 140kmph consistently averages 31.64 while picking 11 wickets. Numbers can be deceiving at times and they don’t tell the entire story. He bowled his heart out in the Leeds Test in 2017, which West Indies won and picked up six wickets in the game.

Also, Gabriel has the experience behind him. He came down for a County stint in the country, which wasn’t great but he has the ability to bowl and move the Dukes ball at pace. He’s done that successfully in England and can be a handful if required on this England tour for the West Indies. He has been out of action for more than nine months and will be raring to go once he regains full fitness.

Gabriel is available if West Indies wants to use him. He’ll remain with the squad and might be the first one off the shelf if there’s a need to replace a player. He seems to be fresh and might want to have a crack at the England side at some stage in the upcoming three-match Test series scheduled to start on July 8.