Stories From ‘The Test’: Adam Zampa and Marcus Stoinis, The Love Café

Early in 2019, there was one story that constantly came out of the Australian dressing room – the plausible, alleged love story of Marcus Stoinis and Adam Zampa. It was after a picture of the Australian team broke out that the world started noticing the duo. It was a team photo but Zampa and Stoinis […]
By Sahil Jain Wed, 18 Mar 2020 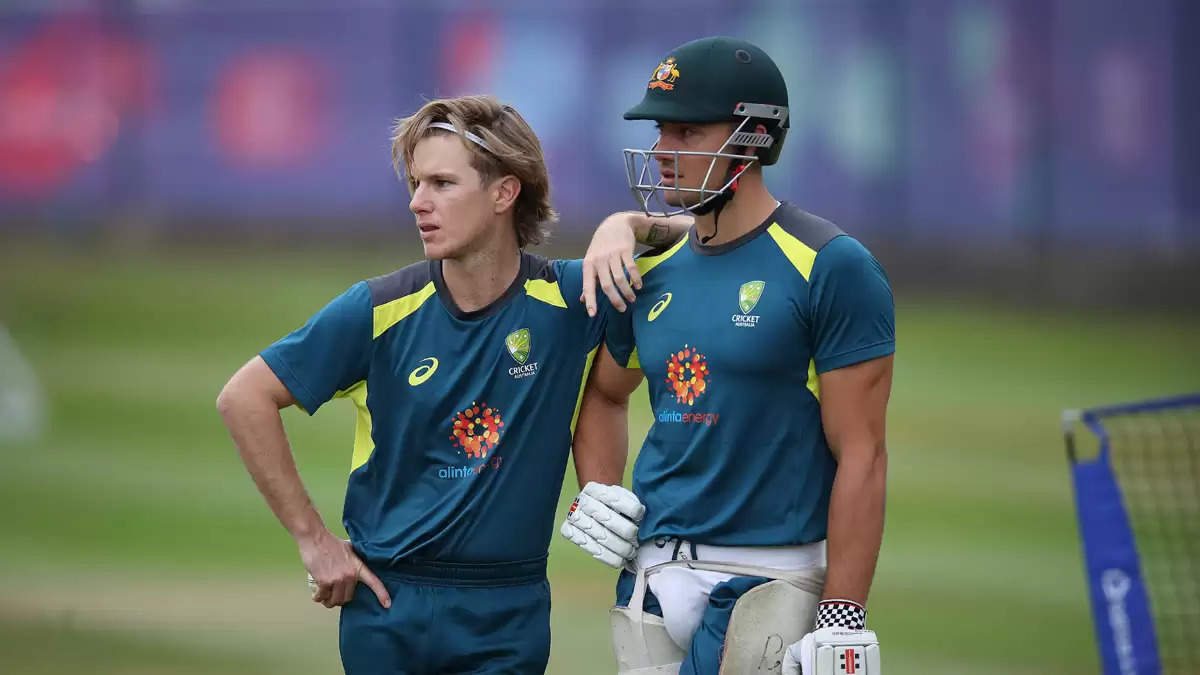 Early in 2019, there was one story that constantly came out of the Australian dressing room – the plausible, alleged love story of Marcus Stoinis and Adam Zampa.

It was after a picture of the Australian team broke out that the world started noticing the duo. It was a team photo but Zampa and Stoinis were holding hands in it and that picture was taken in Australia during the ODI series against India at home. Even when they travelled to India and then the UAE for white-ball cricket, it seemed like Zampa and Stoinis just kept getting closer. They kept doing weird things in the dressing room and it kept trending and going viral on social media.

“We are good mates, that sort of stuff gets you through long tours and all that sort of thing. A bit of banter, a bit of laugh. You can’t take yourself too seriously. We have got a good bond in the team and there’s a good group,” Stoinis had said in one of the post-match pressers in the UAE.

In the all exclusive documentary of the Australian team on Amazon Prime ‘The Test’, there is a real insight into their relationship. At first, Zampa gives a real insight into his love for coffee and how he carries around the machine, beans, the grinder and everything else for his coffee. Stoinis always hangs around, makes and drives coffee with Zampa. In fact, the head coach Justin Langer has given them the term ‘Love Café’.

White-ball skipper Aaron Finch and Langer even give their views on the Zampa-Stoinis relationship. Langer not so much but Zampa did reveal that the head coach calls him the ‘Love Café’ because the leg-spinner told him that the most important ingredient in his coffee was love.

Zampa spoke highly about Stoinis and said that the all-rounder exactly knows when to knock on the door and they love each other. They talk about the game on that day but when it’s done, it’s coffee, music and other things for the duo. Stoinis sheds light on the fact that the two of them have seen the ups and the downs, performing well and underperforming as well. However, at the end of the day, it’s about switching off after the game and it’s all about them and that’s the ‘Love Café’.

Langer terms them as two rarest human beings as he said, “They are two of the rarest human beings I’ve ever met in my life. They are rare, mate!” Finch had a more comic view on the duo. “Oh, it’s tough to describe. They’re just… They are just so close. They’re a little bit too close at times, aren’t they? Every photo, they are holding hands and just doing weird shit,” Finch narrated in the documentary’s (‘The Test’) fifth episode with a sly smile.

Make no mistake, it’s just the unconditional love between Zampa and Stoinis.