Stories from ‘The Test’ – Justin Langer vs Usman Khawaja: The love-hate relationship

There’s absolutely no doubt that 2018 was one of the toughest years in international cricket for Australia, both on and off the field. We’ve spoken and a lot was written about the sandpaper gate and the banned trio of Steve Smith, David Warner and Cameron Bancroft. After that scandal, the Australian team was sort of […]
By Sahil Jain Tue, 17 Mar 2020 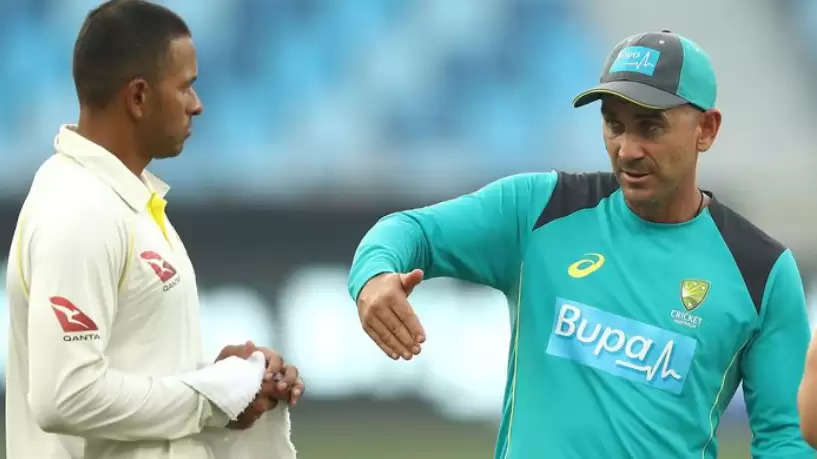 There’s absolutely no doubt that 2018 was one of the toughest years in international cricket for Australia, both on and off the field. We’ve spoken and a lot was written about the sandpaper gate and the banned trio of Steve Smith, David Warner and Cameron Bancroft.

After that scandal, the Australian team was sort of restructured. Tim Paine ascended to the captaincy throne, Justin Langer came in to the role of head coach after Darren Lehmann decided to step away, there was quite a bit of chopping and changing of players too. Things weren’t easy for the Aussies. Everything takes time to settle and they did too.

ALSO READ: Langer in search of finisher like Dhoni

They travelled to England, won six tosses and suffered six losses. Langer’s tenure was off to the worst possible start. Later that year, the great Western Australian’s first Test assignment was in the UAE as the Tim Paine-led side faced Pakistan in a two-match Test series. It wasn’t easy beating Pakistan in the Gulf. For 10 years, only one team had done it until then and that was Sri Lanka in 2017. Pakistan were a tough force to beat in conditions they knew really well.

However, Langer who had been coaching the Western Australia side for a few years was a hard taskmaster at times. In fact, in Amazon Prime’s special documentary of this Australian side ‘The Test’, Aaron Finch has gone on to say that Langer can be ruthless as well at times. And that was seen in a heated conversation with Usman Khawaja in the documentary.

In the UAE, Khawaja was one of the senior batters in the absence of Smith and Warner. He had to do take a fair share of the batting responsibility. He was going to be the key at the top of the order.

Khawaja revealed that Langer has a method of going about the nets in a particular fashion. He wanted batters to swap if they got out in the batting order they were to play to help them understand that if someone gets out it has an effect on the rest of the team as well. However, Khawaja didn’t like that and told that method was a ‘pain in the arse’.

In the second episode of ‘The Test’, after a net session ahead of the first Test, the Australian head coach asked for an honest feedback and that’s when Khawaja stood up. The left-hander felt that this method of swapping while getting out was affecting him and he and the others fear getting out instead of executing their skills.

Khawaja: I think we were more worried about getting out than actually trying to execute better and execute well.

Langer: Yeah well what happens when you get out in a game?

Langer: Well what are you worried about?

Khawaja: I’m worried about harping too much on negatives

Langer: Well don’t get out. What we are saying, is we’re not going to accept you getting out, because, for the last 20 times in Australian cricket, we’ve had 20 batting collapses. 20 f***in’ batting collapses. We’ve got to get better at it. It’s got nothing to do with how we set up the net session, because the Pakistanis, they might put 10 blokes around you. This isn’t f***in’ fair. Or they might put 10 blokes on the boundary. Oh, this isn’t going to suit my f***in’ style. You’ve got to deal with it. You’ve got to deal with it in Test cricket. So we’re going to put pressure on you. Now if you guys want to say, ‘This isn’t suiting my f***in’ style,’ no worries. It will suit your style when we don’t have f***in’ 20 batting collapses every time we play for Australia.

It looked like a heated argument as the Australians tried to get accustomed to Langer’s methods and techniques. There was a lot that the 49-year-old could’ve told Khawaja. But despite being agitated, he stopped, keeping the team in view. He didn’t really comment a lot individually but concentrated more on the team. But Langer did go on to say that he loves Khawaja and his attitude.“I love Uzzie, he’s got his own mind, he’s strong in his beliefs, and if you treat him with respect you usually get your best results,” the head coach narrated in the documentary.

However, Khawaja was a strong character and didn’t like constantly being told what to do and what not to do. He likes doing things on his own and gets pushed back if the coach tells him to do something specific. “You don’t tell me what to do. That’s not saying I’m not a team player, I do what the team needs me to do. I always put the team first, what I think the team needs, but my motivation comes from me. You can’t force someone to do something they don’t want to do,” Khawaja narrated right after the incident was played.

But this wasn’t the only time these two confronted each other. Khawaja was like the senior statesman of the team and always stood up for himself and the team when he had to. He was open and bold whenever he spoke and always gave an honest feedback.

After Australia lost the Melbourne Test (Boxing Day Test) to India and went 1-2 down in the series, Langer admitted that the dressing room was pretty flat after the loss. There was a lot of discussion around the loss and Khawaja went on to admit that the team was intimidated by Langer. And then followed another serious Langer-Khawaja discussion and this time it was in the dressing room as Khawaja revealed that the Australian team were ‘walking on eggshells’ around Langer. 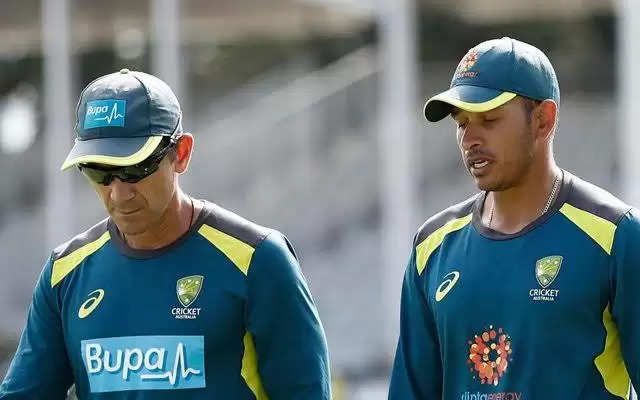 Justin Langer and Usman Khawaja had a confrontation in UAE in 2018.

“I think the boys are intimidated by you. There’s a bit of that walking on eggshells sort of thing,” said an honest Khawaja giving feedback with a slight confrontation with Langer. However, he did make a lot of things clear and said that this wasn’t the excuse for losing and added, “I feel like the boys are afraid to say it. Let me clear this up, this is no way us saying we are losing because of this. The boys are saying things that we can improve on … batsmen are not saying that this is going to make us score hundreds, that is a different story.”

Langer took it well and during the narration in the documentary, he said that he loved Khawaja’s honesty and it always came from a good place. “Uzzie was like the spokesperson of the team. He’s just an honest dude. He will tell you what he thinks. It always comes from a good place. That is why I respect him so much,” Langer confessed.

The Justin Langer -Usman Khawaja relationship was more towards the betterment of the team. Moreover, it was Langer who showed maturity every time Khawaja had feedback on what was going around. Despite being the head coach and of that stature, Langer kept his calm and put the team in front. Hence, there’s little surprise, Australia could get out of turmoil soon after that India series.