There is only a little over a month to go for the ICC Men’s T20 World Cup 2021 and India announced their squad for the showpiece event. The selectors picked the mandatory 15-man squad and also added three reserve (standby) players who will travel with the squad. T20 World Cup Squad Virat Kohli (captain), Rohit […]
By Sahil Jain Wed, 8 Sep 2021 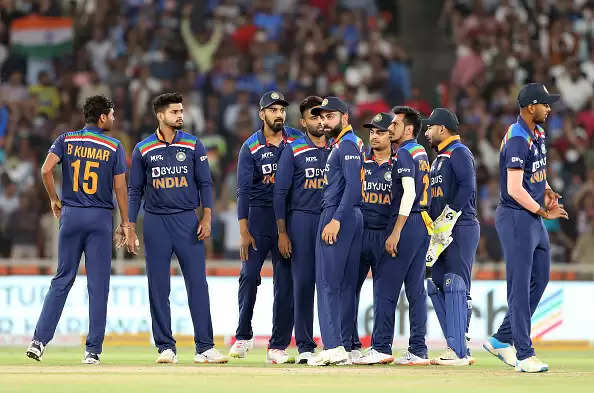 There is only a little over a month to go for the ICC Men’s T20 World Cup 2021 and India announced their squad for the showpiece event. The selectors picked the mandatory 15-man squad and also added three reserve (standby) players who will travel with the squad.

Yuzvendra Chahal’s exclusion is arguably the most surprising and talked about point after the 15-man squad was announced. The Haryana leg-spinner has been India’s No. 1 spinner in white-ball cricket for a while now. Not to forget, Chahal is India’s leading wicket-taker in the history of T20I cricket – 63 wickets in 49 T20Is at an economy rate of 8.32.

However, his form has been on the decline in the recent past. Since the start of 2019, Chahal has played 22 T20Is for India and he has returned with just 19 wickets. He averages 40.47 and has a bowling strike-rate of 27.1. His economy rate of 8.94 isn’t great either.

Chahal’s performances since November last year haven’t been too convincing either. The 31-year-old leg-spinner played just one game against Sri Lanka where he took 1/19. Apart from that, he took three wickets in as many games while conceding runs at an economy of 9.91 (most expensive Indian bowler of the series). In the series against Australia in December 2020, he took 3/25 in the first game but in the following two matches, he conceded 51 and 41 runs respectively, picking up just one wicket across those two games. Even in the 2021 edition of the IPL, Chahal picked up just four wickets from seven games and had an economy rate of 8.26.

Also Read: Does Cheteshwar Pujara need to alter his method for English conditions?

Ravichandran Ashwin returns to the white-ball squad after four long years. It was back in the Caribbean in July 2017 that Ashwin last donned the India jersey. Ashwin has been in terrific form in Test cricket. However, his T20 form has been pretty good as well. Since the start of 2019, the Tamil Nadu off-spinner has picked up 29 wickets at an economy rate of 7.50. Add to this, Ashwin’s record in ICC T20 World Cup is superb as well. He has picked up 20 wickets from 15 games and averages 16.70 apart from an economy rate of 6.18.

Ashwin’s inclusion may well have come at the expense of Washington Sundar who has been ruled out due to a finger injury (the very injury that forced him to return to India from England and also ruled him out of the IPL). Ashwin is the only off-spinner in the Indian squad. Moreover, Ashwin can bowl at any stage of the game and is an excellent exponent of the new ball as well. He took seven wickets at an economy rate of 7.00 in the 2020 season of the IPL when it was held in the UAE.

UAE is likely to assist the slow bowlers but it came as a slight surprise that India included as many as five spinners in their 15-man squad. Ravindra Jadeja, Rahul Chahar, Ravichandran Ashwin, Axar Patel and Varun Chakravarthy have all found a place in the squad.

Chahar’s inclusion is no surprise, considering his wicket-taking ability and excellent form in the recent past. Ashwin’s comeback is on the back of Sundar’s injury and the fact that India needed an off-spinner in their line-up. Jadeja has become a vital member of the squad across formats and his all-round brilliance makes him crucial to the balance of the side. Chakravarthy has been very impressive in the IPL over the last couple of seasons and he adds mystery to the spin department.

Meanwhile, Axar Patel’s inclusion has come as a surprise. The left-arm spinning all-rounder has played just one T20I (or rather just one white-ball game) in the last three years. That game came against England earlier this year in a T20I. With Jadeja already in the squad, Patel’s inclusion is a bit intriguing as well.

As far as the pace attack goes, India have opted to go for the tried, tested and experienced trio of Jasprit Bumrah, Bhuvneshwar Kumar and Mohammed Shami. They also have Hardik Pandya in the ranks but his bowling fitness might be clearer only during and after the second half of the IPL. Besides, Shardul Thakur and Deepak Chahar are the stand-by players.

No space for Shikhar Dhawan

Shikhar Dhawan has been in blazing form in T20 cricket over the last few years. His overall T20 game has been on the rise and he has been one of the best batters in the IPL over the last two or three seasons. In fact, since the start of the 2019 season, only KL Rahul has more runs than Dhawan in the IPL.

Ishan Kishan got the nod as the backup wicket-keeper and spare batsman in the 15-man squad. Furthermore, Kishan can float around the batting line-up which could’ve tilted the balance in his favour. Dhawan couldn’t even find a place in the reserves as Shreyas Iyer was preferred as the standby batsman.

MS Dhoni back… As mentor!

The biggest news that came out of this T20 World Cup selection meeting for the Indian team is that Mahendra Singh Dhoni will be back with the Indian team, albeit in a different role. He will don the mentor’s role and assist Ravi Shastri, Virat Kohli and the rest of the team management. Jay Shah confirmed the news and said that he has spoken to Dhoni, Kohli and Shastri and everyone seems to be happy with the decision (appointment).