The Timeline of Fawad Alam and his mismatch with destiny

Pakistan’s cricket team is under all sorts of trouble ever since the conclusion of the 2019 World Cup. Losing 3-0 to a relatively inexperienced Sri Lankan team at home in T20Is followed by a T20 as well as Test series whitewash Down Under at the hands of the Aussies. A lot has been spoken about […]
By Anuj Nitin Prabhu Sun, 8 Dec 2019 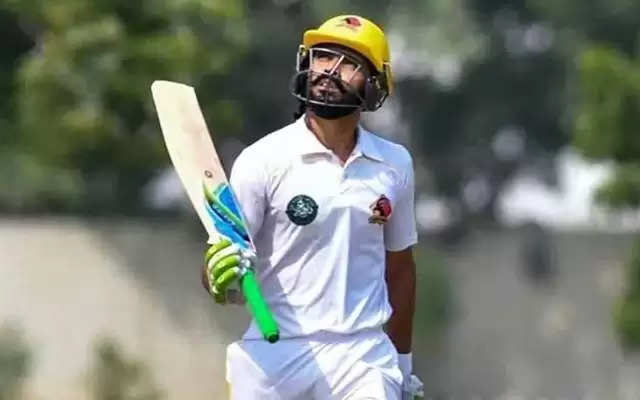 Pakistan’s cricket team is under all sorts of trouble ever since the conclusion of the 2019 World Cup. Losing 3-0 to a relatively inexperienced Sri Lankan team at home in T20Is followed by a T20 as well as Test series whitewash Down Under at the hands of the Aussies. A lot has been spoken about the inexperience in Pakistan’s batting with Babar Azam being the only shining light in what seems to be a shambolic batting line-up. Thus amongst all this frenzy and confusion about the Pakistan batting, it is very hard to understand the ignorance of the Pakistan National selectors towards a certain left-hander named Fawad Alam who is just putting on heaps of runs year after year in Pakistan’s Domestic cricket and yet not being able to be in the radar of the national team.

34-year-old Fawad Alam has amassed a massive 12,222 runs in 165 first-class games at a stupendous average of 56.84 which is the highest ever in Pakistan domestic cricket. He is the second-highest run-scorer behind Hanif Mohammad with over twelve thousand runs. Sadly, he has managed to play only 3 Tests and 38 ODIs for Pakistan, which is a shame for a person who has such a tremendous domestic record. Where did it all go wrong? How has the career of Alam fared? Is it him who did not make the most of the chances that he got or is it the favourism of Pakistan selectors towards certain players that has cost him his career?

Here is a timeline of events in the career of the 34-year-old that will paint a clearer picture of what exactly has gone wrong for the southpaw.

Fawad Alam makes his debut for Pakistan in Tests versus Sri Lanka in Colombo. With the entire Pakistan batting line up getting cleaned up and the team being bowled out for 90 in the first inning, Alam on debut scores a valiant 168 in the second innings, showing the kind of technique, temperament and maturity required at the highest level and though Sri Lanka won the game, Alam proved that he is here to stay promised to be a formidable batsman for Pakistan in the future.

Fawad Alam played his third Test for Pakistan versus New Zealand at Dunedin which Pakistan lost narrowly by 32 runs. Alam managed scores of 29 and 5 and was dropped from the Pakistan team. he has not played a Test match since for Pakistan.

Having made his ODI debut in May 2007, Alam was always in and out of the Pakistan team, having managed to play only 14 ODIs till the beginning of 2010 and scored only 210 runs with the highest score of 63*. However, things started to change in 2010 when chief selector Mohsin Khan hailed Fawad Alam with few other players as those who are suitable for all formats and Alam started to get regular chances in ODIs against Australia, England, and South Africa. In 2010, he played 13 ODIs and scored 393 runs at a decent average of 35.72. But again due to some mysterious reason he did not play any form of international cricket again till 2014.

Fawad Alam said in an interview that he is discouraged because he does not know why he is not in the reckoning for national selection as his average in Pakistan’s premier domestic competition Quaid-e-Azam trophy was over 66 and his average in the President’s one-day cup was over 71. There could be an argument made that the Pakistan middle-order at that time was filled with stalwarts like Younis Khan, Misbah-ul-Haq, Shoaib Malik, Mohammad Hafeez, etc. due to which Alam could not get a look in even into the squad let alone the playing eleven.

Alam made an ODI comeback in the Asia Cup and scored a brilliant 74 off just 70 balls against Bangladesh under pressure which helped Pakistan win the game with just one ball to spare. That year, he played 8 ODIs and scored 345 runs at a mind-boggling average of 69.00 with the highest score of 114*. However towards the end of the same year, Pakistan suffered a 3-0 ODI whitewash at the hands of Australia and with the 2015 World Cup on the Horizon, Alam was dropped for his poor performance in the series, overlooking his impressive performance throughout the year.

Immediately after Pakistan bowed out of the World Cup in the quarter-finals, Fawad Alam was recalled for their three-match ODI series against Bangladesh. But he managed to score just 28 runs in those three ODIs and Pakistan suffered a historic whitewash at the hands of Bangladesh. Alam was again dropped from the squad and has never played another ODI for Pakistan till date.

Alam was named a part of Pakistan’s squad for the three-match Test series against England in UAE after he had a fantastic Quaid-eAzam season, scoring 719 runs at a mammoth average of 71.9. But somehow, he again misses out on getting a game in the series despite his brilliant form and temperament in domestic cricket.

Pakistan had set up a 22-man probable camp for the tough tour of England and in the 2015-16 season, Alam had amassed 672 runs at an average of 56. But somehow, the selectors deemed him not capable enough of getting selected in the 22-man probables even after he cleared all the fitness Tests.

After piling up runs year after year in Domestic cricket, Alam once again knocked the door of Pakistan selectors and was called up for the 25-man camp for the tours of Ireland and England. It was expected that with the experienced Misbah-ul-Haq and Younis Khan having already retired from international cricket, Fawad Alam will bring the required experience needed to the Pakistan batting line-up. But he again missed out on the final 16-man squad.

Even after being overlooked by the selectors for so long, Fawad Alam continued to pile on the runs and as Pakistan team were getting walloped in the Test series against Australia, Fawad Alam hit a magnificent 211 for Sindh in the Qaid-e-Azam trophy just to remind chief selector Misbah-ul-Haq what he is really missing out on. Alam also crossed 12000 runs in domestic cricket having the best first-class average by any Pakistan batsman.

After waiting for 10 long years, Fawad Alam is finally named in Pakistan two-match Test series against Sri Lanka which will be played in Pakistan starting December 11. The 34-year-old deserves all the praise for the kind of perseverance that he has shown for almost a decade after being repeatedly ignored and he will be hopeful of bringing the form he showed in the domestic cricket to international cricket and becoming a mainstay in the Pakistan team by scoring heaps of runs and winning games for his country.

ALSO READ- IPL 2020: HOW SHOULD DELHI CAPITALS APPROACH THE AUCTION