Throwback: Hansie Cronje and the Centurion fix, 20 years on

As England’s batsmen carefully negotiated the opening day of the third Test in Port Elizabeth on Thursday, many people in the cricket world were casting their minds back 20 years to another Test in South Africa. The fifth Test at Centurion in 2000, which ended on January 18 with an exciting narrow England win, was […]
By PTI Fri, 17 Jan 2020 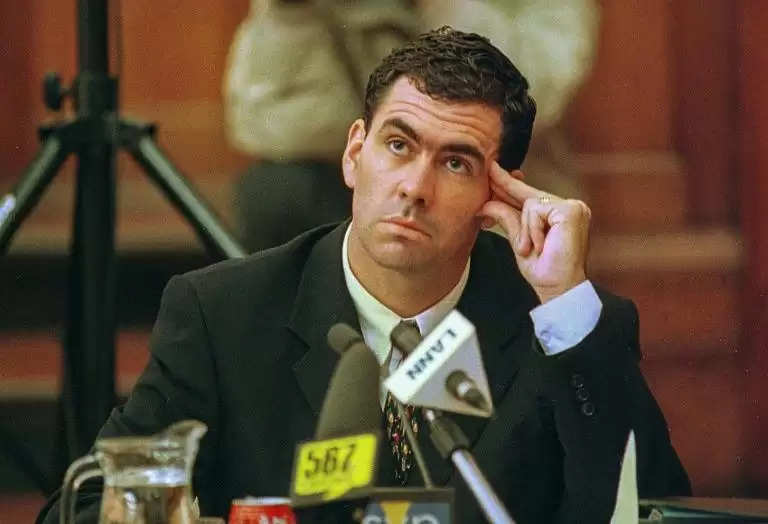 As England’s batsmen carefully negotiated the opening day of the third Test in Port Elizabeth on Thursday, many people in the cricket world were casting their minds back 20 years to another Test in South Africa.

The fifth Test at Centurion in 2000, which ended on January 18 with an exciting narrow England win, was celebrated at the time for its wonderful spirit before the shroud of match-fixing was lifted to reveal a cancer of corruption at the heart of the game.

“It was false, it was fake,” Mark Butcher, who opened the batting for England in that game, told TalkSport.

It was a Test that marked the beginning of the end for Hansie Cronje, the South African captain, whose new leather jacket — a reward from his bookmaker friend Marlon Arenstam for fixing the outcome of the Test — became for a while the most famous in world sport.

“I saw it at the time as a terrific victory for England,” said Darren Gough who hit the winning runs.

“If you ask anyone who played in that game or was there to watch they will say they were thoroughly entertained, a belter to play in. Just tainted.”

The English tourists had been outplayed on the 1999/2000 tour, the series already won by the Proteas who led 2-0.

At Centurion, rain threatened a damp and disappointing end to the series, washing out part of the opening day and all of the next three.

South Africa were still batting in their first innings when, after helicopters had been called in to dry the pitch, the fifth day started in front of a respectable crowd.

What none of them knew was that plans were afoot to make a game of it. It only emerged several months later why.

Cronje threw England a carrot when he proposed both sides forfeit an innings to set up a run chase on the final day.

“It just looked like we weren’t going to have a game at all,” the England captain of the day Nasser Hussain told Sky Sports this week.

“And then on the last day, we were warming up and Hansie went up to Alec (Stewart) and said ‘speak to Nasser and we’ll do what we do in county cricket and forfeit an innings each and we will set up a game’.

Once Hussain saw how easily the pitch was playing on that fifth morning, he changed his mind.

“When we went out there it wasn’t a spicey pitch so I thought, well, we can chase on here.”

A thrilling chase swung both ways before Gough hit the first ball of the final over for four to seal a two-wicket win for England.

The initial response was celebration of the game.

“We had a rough old time on the trip so any inkling of positivity was warmly welcomed with the exception of Athers (Mike Atherton) and myself who thought it was a bit strange,” said Butcher.

Atherton has since described it as “the end of innocence”.

Three months later, Indian police revealed that they had recordings of Cronje conspiring to fix matches with an Indian bookmaker and three months after that Cronje confessed.

He admitted that with bookmakers set to take a big hit if the game was a draw, which was a certainty given the rain, he been instructed to ensure that there was a result, a win for either team would do.

“It wasn’t a question of Hansie trying to lose the game but he’d obviously been in touch with a bookmaker and there had to be a result,” said Hussain.

“There was so much money on the draw, he was told to get a result.”

The Centurion Test – which yielded him 50,000 rand and the leather jacket – was just one incident in a chapter of fixes that Cronje admitted over the previous four years.

“I had a great passion for the game, my team-mates and my country,” he told the commission into the scandal.

“The problem is the unfortunate love I have for money. I do like money. I’m not going to try to get away from that.”

Cronje was, not surprisingly, hit with a lifetime ban and the lid was lifted on the network and operations of the bookmakers, largely Asian, who had infiltrated the game.

The ICC set up their anti-corruption unit which keeps an eye on all matches around the world. Atherton believes it has made for a cleaner game.

“There was no reporting of corruption back then but as it transpired cricket was pretty corrupt in the 90s,” said Atherton.

“I think the vast majority of international cricket we see now is clean.”

The tragic postscript to Centurion came two years later when the disgraced Cronje was killed in an air crash. AFP