Before this World Cup started, there was a lot of talk about the flat pitches and tall scores. 325-350 was supposed to be par and even 400 was expected to be breached. However, bowlers more or less dominated this tournament. Yes, the pitches weren’t as flat or batting friendly as predicted but the bowlers did […]
By CricXtasy Staff Writer Tue, 20 Aug 2019 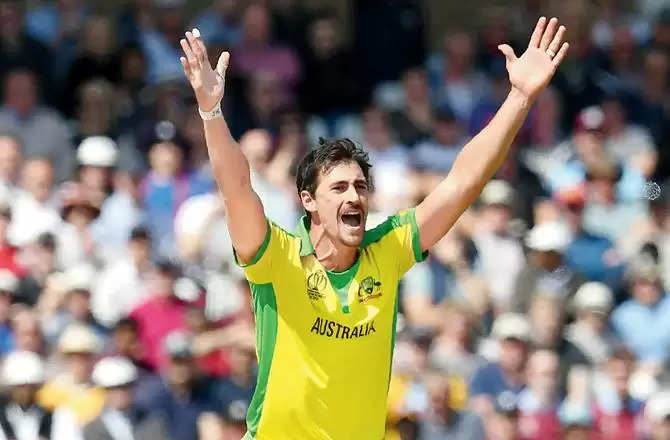 Before this World Cup started, there was a lot of talk about the flat pitches and tall scores. 325-350 was supposed to be par and even 400 was expected to be breached. However, bowlers more or less dominated this tournament. Yes, the pitches weren’t as flat or batting friendly as predicted but the bowlers did extremely well and they always seemed to be a step ahead of the batsmen.

Hence, there were a lot of excellent performances with the ball. Here’s a look at five of them.

New Zealand had just about managed to sneak into the top four on net run rate. They were brilliant in the first half of the tournament but stumbled in the last three group games. In the semi-final, they were up against a strong Indian side.

After opting to bat first, Kane Williamson and Ross Taylor’s half-centuries helped them post 239. It was slightly under par on what was a tricky surface. When the Kiwis came out to bowl, the conditions were ideal for swing and seam and Matt Henry exploited that beautifully.

He troubled the Indian batsmen with movement in the air and off the pitch. The 27-year-old fast bowler bowled a brilliant first spell and nipped out three out of the first four wickets to fall. First, he dismissed the tournament’s highest run-getter Rohit Sharma with a jaffa before he had KL Rahul poking one for a caught-behind. He then had Dinesh Karthik caught at point where James Neesham took a brilliant catch.

Those three wickets gave New Zealand a perfect start in their defence of 240. Moreover, he was adjudged the man of the Match as well.

Mitchell Starc is a World Cup beast. He simply loves the big stage. In fact, he topped the bowling charts in the 2015 edition and has repeated the feat in this tournament as well.

He started the tournament with figures of 1/31 against Afghanistan but was back to his lethal best in the game against West Indies. Steve Smith and Nathan Coulter-Nile helped Australia get out of jail with the bat. They scored 73 and 92 respectively to help Australia get to 288.

Starc picked up an early wicket. He got the big wicket of Chris Gayle for 21. However, it was his spell in the back half of the innings that was more lethal. He returned to first dismiss the dangerous Andre Russell. When Windies were back on track for the chase, he nipped out Carlos Braithwaite, Jason Holder and Sheldon Cottrell, not only to pick up a fifer but also bowl Australia to a victory. He helped the defending champions get out of jail many a time, and every time they needed a wicket, he produced one. Starc finished with 27 scalps in the edition.

Liam Plunkett has been one of the most underrated bowlers in the England side. He has this knack of picking up crucial wickets in the middle overs. He did that constantly throughout the World Cup whenever he played. He did that again in the final as well.

New Zealand were going along decently but it was Plunkett who pegged them back with wickets at regular intervals. He didn’t have the best of starts as he went for 19 runs in his first three overs but he came back strongly.

He first got the big fish – Kane Williamson (caught-behind) before going knocking over the well-set Henry Nicholls. He then came back to dismiss James Neesham and finished with 3/42 in his 10 overs. Plunkett used the scramble seam and the slower ones really well and choked the Kiwis in the middle overs.

This was the game which threw the World Cup wide open. There were fears that the tournament was getting predictable and we might have quite a few dead rubbers but it was this England-Sri Lanka game that turned everything.

On the back of Angelo Mathews’ 85, Sri Lanka got to 232 in their 50 overs. It was an under-par total but the old workhorse Lasith Malinga struck early and put England under pressure. He dismissed the openers in the powerplay and bowled an excellent spell first up.

Just when England were getting back on track, he came back and picked up another couple of wickets to put Sri Lanka ahead. Malinga picked up the wickets of Joe Root (57) and the dangerous Jos Buttler. He may not have picked up wickets in the back half of the innings but he didn’t give away too many runs either. Thus, it was his spell in the powerplay and in the middle that turned the tide for Sri Lanka.

Shaheen Afridi had a very impressive start to his international career. However, ahead of this World Cup, he struggled against England where he went for plenty. Even in his first couple of games in the World Cup, he was taken for runs.

However, he came storming back in the game against New Zealand. He bowled a terrific opening spell and ripped through the New Zealand top order. He was introduced in the fifth over of the innings and conceded a boundary in this first over. But he struck in his second over as he had Colin Munro nicking to first slip. He then got Ross Taylor in his second over where he had the New Zealand No. 4 caught behind where Sarfaraz Ahmed took a blinder. Tom Latham soon followed suit as the Kiwis did not have an answer to Afridi’s pace and bounce. He finished his first spell with figures of 7-3-11-3 which set up the game for Pakistan and allowed them to dictate terms for a large part with the ball.