EXCLUSIVE: Atharva Taide opens up about his journey so far, the influence of Sachin Tendulkar’s advice on him and more

It has been a roller-coaster last couple of years for the 19-year-old Atharva Taide from Vidarbha. From being the highest run-scorer at the Indian U-19 domestic level to representing India U-19, and then a Ranji Trophy debut alongside the likes of Wasim Jaffer and Faiz Fazal to winning the competition too, he has made a […]
By Saumin Parmar Mon, 3 Feb 2020 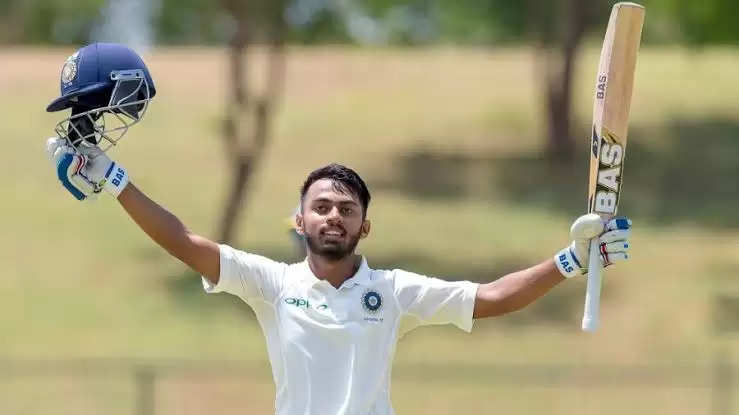 It has been a roller-coaster last couple of years for the 19-year-old Atharva Taide from Vidarbha. From being the highest run-scorer at the Indian U-19 domestic level to representing India U-19, and then a Ranji Trophy debut alongside the likes of Wasim Jaffer and Faiz Fazal to winning the competition too, he has made a name for himself quite early in his career. Currently, he is waiting in the wings to cement his place at the top of the order of the defending Ranji Trophy champion side Vidarbha. In this exclusive interview with CricXtasy, the youngster talks about his time with mentor Rahul Dravid, his Indian Premier League aspirations, Sachin Tendulkar’s influence on him and more.

How does it feel to win the Ranji title in your debut season?

The selection was a result of the hard work I had put in since the last few years, the triple hundred in the Cooch Behar Trophy and the double hundred in Sri Lanka in the U19 series, that’s when I got a call. I was scoring a lot of runs for the U-23 side too. Before getting a call-up for the Ranji team, I had played 4 games in which I had scored 500 runs. I was already in the groove and in my second game itself against a strong Mumbai side, I scored 95. It wasn’t like I had to prepare from the start. I was ready to play against any team in any tournament. 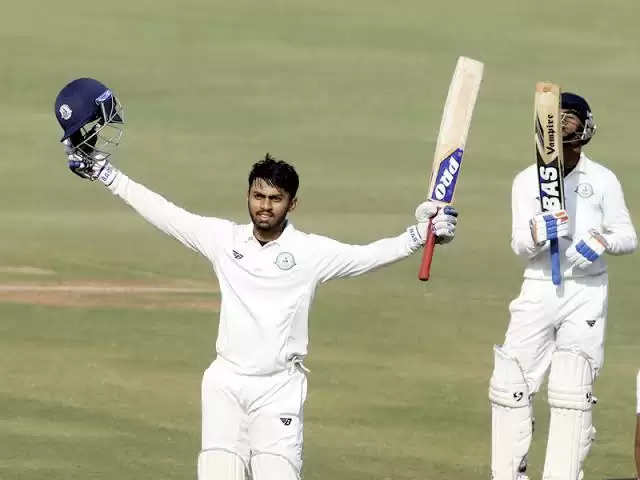 You are the only player to make a triple century in the Cooch Behar final after Yuvraj Singh. How is that for a record?

I wasn’t aware of this actually. I was batting overnight on 313 and a reporter informed me that I was just the second. It feels nice being compared to a great legend like Yuvraj Singh. I wasn’t playing for the record though.

How was the feeling of playing for India U-19?

It was my dream to play at that level. I had been training for that since the last couple of years. I was playing the U-19 one dayers for Vidarbha in Vinoo Mankad Trophy and that’s when I got the call for India U-19. I was the highest run-scorer in India and I was selected to play the Asia Cup in Malaysia where I scored 177 against Sri Lanka.

Now that you have played all the three formats, which is the most challenging one and why?

I believe the four-day format is the toughest of the lot. It really tests your character, as a person and a player. That’s where you have to show your A-game. In limited-overs cricket, you can cover up your flaws but in four-day cricket, everything shows up. You can’t hide behind your flaws and have to face it. You have to improve and evolve continuously.

Tell us something about your time with Umesh Yadav in Vidarbha. What did you learn?

The first time I interacted with him was when I had come from the U-19 set and he asked me how may runs did I score there. I said I had scored 500 runs. When I scored my maiden hundred in the Vijay Hazare trophy during my innings of 148 runs, I batted with him. We were batting together in the death. He said you are in a really good form and have a great potential and asked me to continue doing that. He gave me tips on how to handle the pressure. 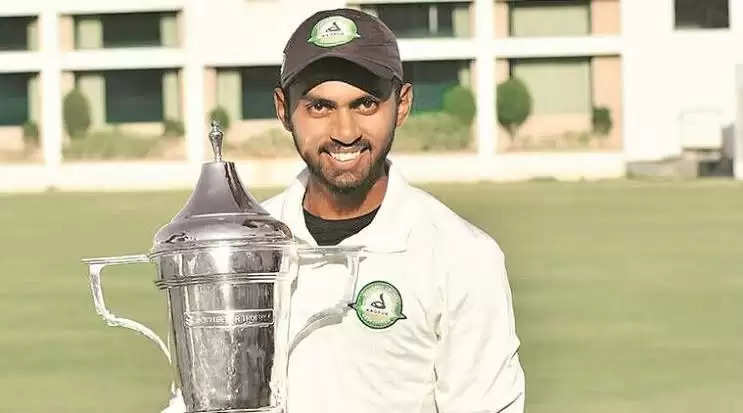 Do you feel a bit of pressure playing with the stalwart of domestic cricket, Wasim Jaffer?

He is surely a legend, but also the most humble man I’ve ever met. During the innings against Mumbai, we had a good partnership going on. I scored 95 and he had scored 170-odd. We had a partnership of 200 and I must say the best place to watch him bat from is the non-striker’s end.

How was your time with Arjun Tendulkar as a teammate?

He is an amazing person and a totally funny guy. He is a very nice person and is somebody who doesn’t go by his name, talks to everybody and doesn’t carry the unnecessary attitude. He is a fantastic teammate too.

How has the influence of Rahul Dravid been at the U-19 level?

Rahul Sir’s effect was humungous. In the Asia Cup I didn’t do well. He said we aren’t going to judge you on the basis of one innings, you are very talented and have scored runs so far. I was very pressurized and tensed after not getting runs in the first game. It gave me a lot of confidence coming from a very big man. He calmed me down and said not to worry. It’s about clicking at the right time. After that we went to the Challenger’s Trophy and I got my hundred there. He then came and congratulated me.

Tell us about your IPL aspirations.

I believe IPL is the toughest tournament to get into, given the fact that there are so many openers in India who are doing so well. The U-19 World Cup is a big base to reach there which I haven’t got. There are players who have been sold in the auction. So right now, I have to perform well in the Ranji Trophy and then make an impact for the IPL.

Do you think playing for a team like Vidarbha gives you less opportunities as compared to players from other states?

Yes, it is there to an extent but things are changing now since we have back-to-back Ranji titles. Our coach Chandrakant Pandit is one of the best in the country and we are already seeing the results. He is the one who backs young talents in the side like me and a few others. Previously, Vidarbha didn’t have a culture of breeding in young talent in the side, like we saw him doing it with Prithvi Shaw in Mumbai. But now, things are changing with a new and fresh approach.

How important is the mental strength in today’s fast-paced game?

See 70% of cricket is based on your mental approach. I focus on being in a good frame of mind. In the off season, I work on my skill and fitness. In the season, I work on my mental aspects like talking to the right people, discussing my game, how am I going to approach the next game or tournament and things like that. This is my process.

Were you disappointed at not making it to the Ranji squad after a good debut and other brilliant performances?

As far as runs are concerned, they were not a problem. It was all about the team combination, what is required and what’s not. Faiz Fazal, Wasim Jaffer, and Ganesh Satish are the pillars of the team at the top of the order. I am very positive and confident that my opportunities will come next season. If I am scoring runs, I will be picked automatically. I don’t focus much on the selection process.

What’s the best cricketing advice that you have ever received?

I once happened to talk to Sachin Tendulkar at the U19 camp in Dharamsala when he visited us. He asked me how was I doing and if I needed any help. I asked him what should a batsman expect from himself while going it to bat as it requires only one delivery to get out. He said the only thing you should expect from yourself is to give your 100 percent. You can’t expect a certain number of runs, you want a 100 but what if you don’t? For example, you score 20, then the remaining 80 runs will put unnecessary pressure on you in the next game. This way you are putting pressure on yourself. And suppose you score 100 in that innings, then what’s the plan? There is no plan as you have already scored a 100. The only plan should be to watch the ball and react, bat as long as possible, and play one delivery at a time. You normally play two balls in your mind, one which you visualize and the other that is actually bowled. So that should not be there. Keep your mind as blank and calm as possible, and stay in the present.