This has been quite a memorable year for Karnataka all-rounder Krishnappa Gowtham. When the year began, he started performing consistently with both bat and ball at the domestic level, and for India A as well, and it only got better as the year progressed. A few months back, he had an all-round outing in the […]
By Prasenjit Dey Sun, 15 Dec 2019 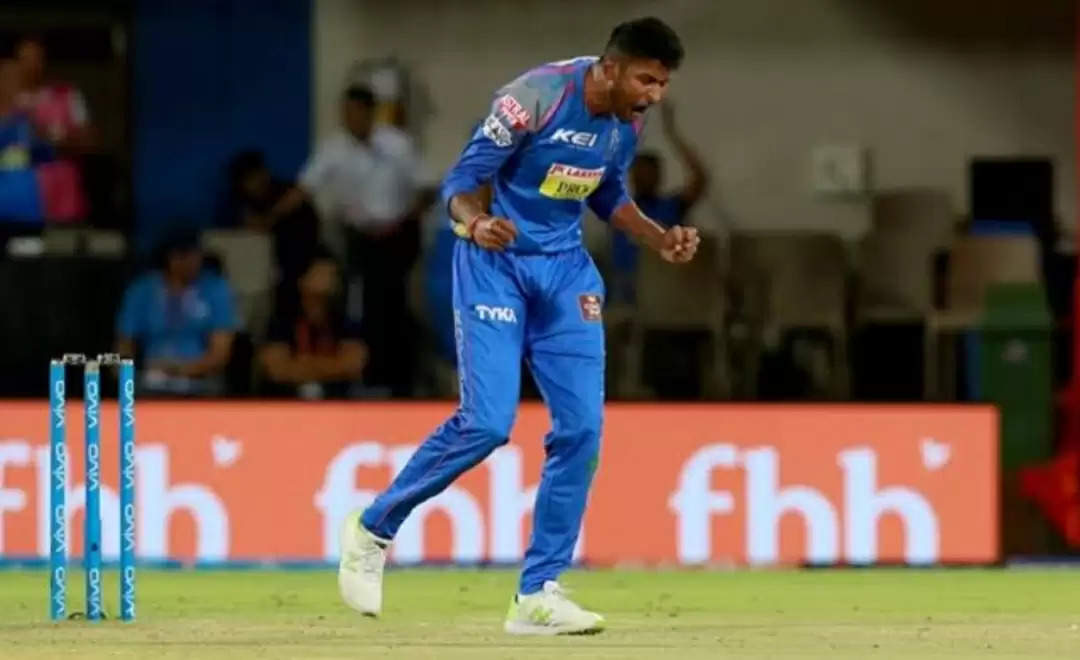 This has been quite a memorable year for Karnataka all-rounder Krishnappa Gowtham. When the year began, he started performing consistently with both bat and ball at the domestic level, and for India A as well, and it only got better as the year progressed.

A few months back, he had an all-round outing in the Karnataka Premier League, one which players can only dream about. Gowtham not only played a magnificent knock of 134 but also registered an eight-wicket haul in the same T20 game and, as things stand this month, he has been the reason why his state side, Karnataka, won two crunch games against another domestic giant, Tamil Nadu.

First, it was the Syed Mushtaq Ali Trophy final during which he defended their total successfully in the final over and then, he powered Karnataka to a thrilling victory with a superb all-round performance — 14 wickets with the ball and 76 runs with the bat — in their Ranji Trophy opener, all in the span of just 12 days.

We have seen even the best of international players fumbling in such intense matches and situations. But these high-pressure situations ‘bring the best out’ of the 31-year-old and he ‘enjoys’ being in the battle in such times. In fact, these kind of performances might just open the gates to the Indian team for Gowtham and if he performs well in the upcoming edition of the IPL as well, we might see him making a late entry into India’s T20 World Cup squad as well.

In an exclusive interview with Prasenjit Dey, Krishnappa Gowtham opened up about various things like his aspirations of making it to India’s T20 World Cup squad next year, switch from Rajasthan Royals to Kings XI Punjab for IPL 2020 and his recent exploits against Tamil Nadu. Here are the excerpts from the interview.

You have now successfully delivered in two crunch games in the space of just 12 days and that too, against domestic giants like Tamil Nadu. What was going on in your mind while bowling in those two situations?

I got married two days before the start of this game, so I think I had my share of pressure in the wedding and was more eased out while coming into this game (Chuckles). But yeah, on a serious note, it was definitely a challenge playing against a quality side like Tamil Nadu. Most of their players are really good players of spin. They have been doing really well in the domestic circuit and everyone knows about the quality of their players. So, yeah, it was challenging but I enjoyed the high-pressure situations in both the games. Actually these kind of situations get the best out of me. So I was just looking to soak in the pressure and deliver my best.

You have always been a partnership breaker for all the teams you have played for. Even in this Ranji Trophy match, you broke the stand between M Siddharth and Murugan Ashwin when they threatened to take the game away with a 82-ball stay at the crease. So what is your approach in such situations? Do you try to do anything different?

I just try to stick to plans and try to bowl the right line and lengths. You don’t need to do anything different to be a partnership breaker. It’s just about holding your nerves and trying to play on the batsmen’s nerves. So if you can do that and be patient for a longer time than the batsman, you are definitely going to come out on top as a bowler. So the same thing happened when I broke Siddharth and M Ashwin’s partnership. It was a lapse in concentration from Siddharth and I cashed in on the opportunity.

Was it pre-decided that you were going to bowl the last over in the Syed Mushtaq Ali Final? Or that was a decision made on the go?

It hadn’t been decided until the 15th over of the innings. Manish (Pandey) did tell me that I was going to bowl the ending overs. So I started preparing myself mentally from that moment. But these are the kind of situations I like.

What did the skipper tell you while handing you the ball before that all important over?

Half of the battle was won when the Manish showed so much confidence in me to bowl the last over, despite being an off-spinner, and told me to go and “win the game for the team”. We decided that I would be bowling from round the stumps to try and cut out the scoring areas for the batsmen. The first two deliveries didn’t go according to plan but I recovered in the next four to win the game for my team.

Your thoughts on that terrific run-out by Manish Pandey in the final over?

I don’t have to speak much about Manish’s fielding. Everyone knows he is one of the best fielders in the country right now. He always puts his 100 percent on the field and he is just amazing to watch. In fact, I don’t know why am I even trying to comment on his fielding because his excellency in the field can’t be described in words.

Players often seem rusty while switching between formats but here you were playing in a completely different format a week after that T20 final, and you came up with such a superb all-round performance. What does a player need to do for such a smooth transition between formats?

As a professional cricketer, you won’t get the time to get back into the groove for a particular format before going into a particular match. The schedule is so packed up with different formats of the game and you have to be able to switch on and off very fast. So you need to prepare for match situations instead on directing your attention towards the difference in the formats. If you can do that, you won’t have that much of a problem in switching between the versions.

You achieved a very unique feat in the KPL this year when u scored a century and also picked up an eight wicket haul. This is something improbable in T20s and must have given a massive boost to your T20 credentials. What’s your take on that kind of a performance?

It was like a dream. We have always done such things in our dreams. I mean what are the realistic chances of something like that happening? Yet it happened. Whatever I was hitting was going out of the ground while I was batting and when I was bowling, the batsmen almost found me unplayable. I was just bowling the way I always bowl. So I was fortunate to get those eight wickets as well.

Any regrets that this match wasn’t recognized as an official T20?

Not really you know. I think we just need to enjoy the good things that come our way. And I feel that you don’t need to be on the record books all the time. But yeah, as far as my personal record goes, this would be one of my most cherished performances of my career. I would remember this throughout my life and would even tell this to my kids.

You played for the Rajasthan Royals in the last couple of seasons and now, you would be Playing for Kings XI Punjab? What was the parting message from Rajasthan and welcome message from KXIP after the trade?

As far as parting message from Rajasthan goes, they weren’t very happy about trading me but they told me why they had to make the decision. They told me they had their reasons and I understood that completely. I was happy that they were transparent enough and took the time out to explain the reasons to me. Whenever you leave a place, you should ensure that you end things on a good note and we did the same on both our parts. 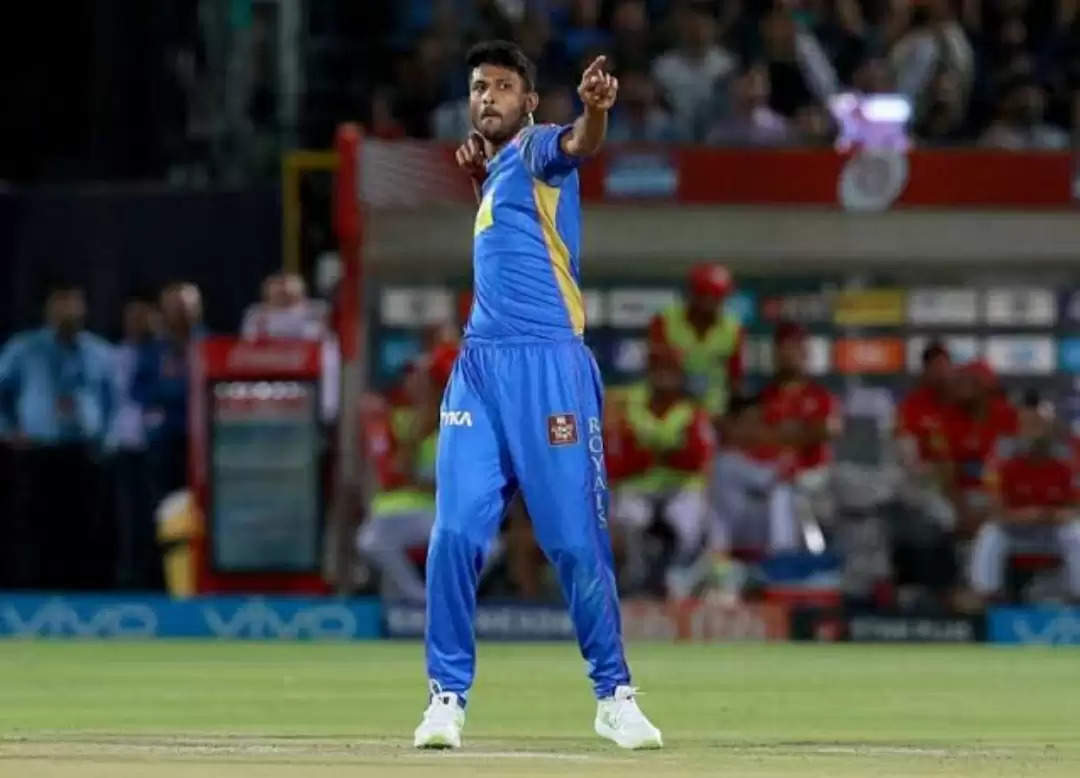 Krishnappa Gowtham would be eager to deliver for his new franchise in IPL 2020.

And after the trade was done, it was KL Rahul who contacted me first and told me that they were very happy to have me in Kings XI Punjab. That message meant a lot as he is my Karnataka teammate too. Mayank Agarwal and Karun Nair got in touch after that as well and congratulated me. We share a bonding as we play for the same team in Ranji Trophy and other domestic tournaments, and we are happy that this bond is being carried forward further into the IPL as well.

When I was with the Royals, I got to learn a lot about the mental aspects of the game from Shane Warne. He always used to teach us how to be calm and be smart in high-pressure situations. He was a part of a champion side like Australia for so many years, so it was good to pick up that mindset and those values from him. And from Anil (Kumble) Sir, I am also looking forward to learn similar things. In fact, I would try to learn the finer details of bowling from him like how to improve my variations, how to bring in subtle changes that can take my bowling to the next level and other things like that.

You have been performing consistently across all formats, in all tournaments–whether it is for India A or in domestic cricket–and have now started the Ranji Trophy on an excellent note as well. Do you think a good performance in the IPL next year can push your name into India’s T20 World Cup squad?

I hope so but it is not in my control. Only performing well and cashing in on the opportunities that I am given are in my control. And I’ll try to do that continuously. But yes, I would love to represent my country at the international level and perform in the same way as I am doing now.

You are someone who bowls in the powerplay and bats in the slog overs. You have had success while doing both in the IPL. So is it safe to say that ‘Krishnappa Gowtham could be a game-changer for India’, if selected for the T20 WC?

Yes, if selected, I think I have the ability to win a couple of games for my country on my own. I am a positive person and that helps me in overcoming tough situations. If I get the opportunity and I end up doing that, there won’t be a better feeling for me.