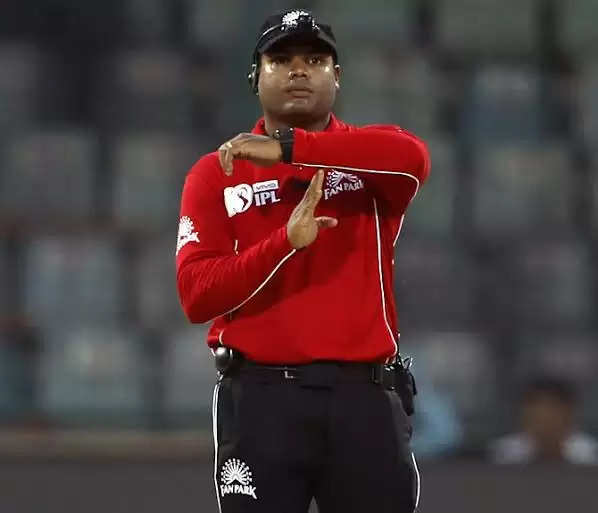 At 36, Nitin Menon is the youngest ever and the third Indian to make it to the ICC elite panel of umpires. He replaced Nigel Llong in the panel for the 2020-21 season after first officiating in an international game in 2017.

This is what the ICC elite panel looks like for the 2020-21 season.

In an exclusive interview with CricXtasy, Nitin Menon goes through his journey, routines that umpires follow, player behaviour and how it influences them and the big IPL final.

It’s not usual for someone your age to become an umpire. What made you take the plunge from a playing career to umpiring?

My career wasn’t going anywhere as a player. I couldn’t really crack into the state team. In 2006, the BCCI conducted an umpiring exam and my father asked me to try it for a while; if I like it, take it as a career. After that season, I felt this is my calling.

Was it a major shift in mindset?

There’s probably more pressure when you are playing because it is a team game and your performance as such takes a backseat. In umpiring, there’s no dependency on others. It’s on you. My performance is all that counts. That made me think it’s better to be an umpire.

The structure is pretty good in India now. There’s a couple of practical and theory exams. Someone doing a good job at district or state level has a real chance of getting into the stream on a full-time basis. Unlike before, umpiring is now an accepted job. Earlier, it used to be like a side income. Umpires these days are well trained and motivated to make a living out of this.

How is the rapport with players given you are almost their age?

Yes, I think it has helped me. They treat me more like a friend rather than a strict senior person. I can talk to them frankly and like a friend.

But do players take you for granted and try intimidating?

See, that happens irrespective of age. Players test you on the field. They put pressure on you (by appealing) to give a decision in their favour. But if I am consistent and neutral, they eventually start respecting me. I don’t think age is a huge factor there. Ultimately, all it matters is for me to be strong in my stance (decisions). If I am a professional and behave like one, they do the same too.

Like players, umpires too get turned off and pissed but they remain calm, says Nitin Menon

Just like players, do umpires also get pissed off when there is excessive appealing or an unwarranted send off? How do you keep your calm?

Yes, of course we do. Happens a lot more than you might think. We can’t show our emotions like a player just like we can’t celebrate after we make a good decision. That calmness comes from our experience. You kind of tune yourself to remain composed come what may. It’s a learning curve when new situations happen but you are trained to remain calm even when a player is appealing right on your face. We are tuned to have a smile on our face even when turning down an appeal. Different umpires have different coping mechanisms, but they all remain composed.

Have you faced intimidation from a player during a match?

No, I have never faced that, not even in first-class cricket. They know they have to cope punishment too if that happens. Maybe that’s why it is uncommon. But I haven’t faced that kind of intimidation from any player, not in my 13 years of experience.

How much of a discussion do the officiating umpires have prior to a game? Do you discuss about players that possibly try and put pressure on you?

Yeah, we do that. Before a game the four umpires and the match referee have a discussion – how to go about it, what to expect from the players or game. If we know it’s a high profile game or one that involves aggressive players, we discuss what tactics they might try (based on what they have tried before) to put pressure on you. That helps during the game because you aren’t caught off guard.

How was officiating in the IPL (2019) final like? Is it more pressure? Does the fact that the two skippers in the game (Dhoni and Rohit Sharma) are usually calm in their demeanor help?

It was a fantastic experience. The atmosphere and pressure is completely different. The stakes are pretty high. But that’s where we need to thrive – to perform under pressure. That’s a challenge but a welcome one. It gives you a confidence in your own abilities.

Before the final, myself, Ian Gould, my on-field partner, Nigel Llong, the third umpire and Javagal Srinath, the match referee had a long chat. We ensured that each of us were clear in seeing this as just another game, and not to bear in mind that this was a massive occasion as it adds pressure on you.

We also did the same game in Chennai in the qualifiers. So we kind of knew what to expect from the players. 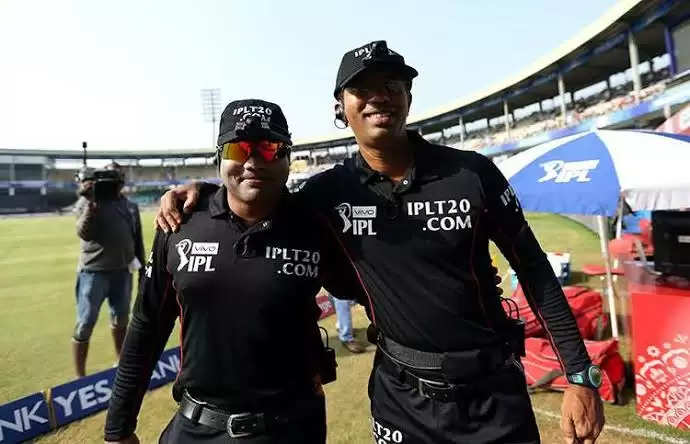 Nitin Menon says he treated the IPL final like any other game.

Do you think players have trends too in the way they try and appeal or force an umpire to give a decision in their favour? Is that something you take note of?

That’s part of our homework. Before a game, we sometimes discuss individual players. Certain bowlers appeal for each and everything. Some batsmen might try to run on the pitch. So we take note of all this just so that we are prepared for it when it unfolds before us.

What does becoming an ICC Elite Panel umpire at this age mean to you? And possibly for the game as such? Do you see yourself as an inspiration for younger people to take up the job?

It is a huge honour for me to be in the elite panel. At the same time, it is a responsibility too. Now, I realise most of the Indian umpires at least will be looking up to me. I need to be an example and guide them too when required. I don’t want to take it as something big. I will keep doing what I have been doing a these years and hopefully I will be able to produce results as good.

Since you are young now, do you think in terms of fitness you are ahead of some of the umpires, say on the fifth day of an intense Test match?

All the elite umpires are supremely fit, physically and mentally. The way they are dedicated to the job and perform is commendable. They are possibly fitter than me [laughs]. I don’t think there’s anyone in the group that is below the line in terms of fitness. 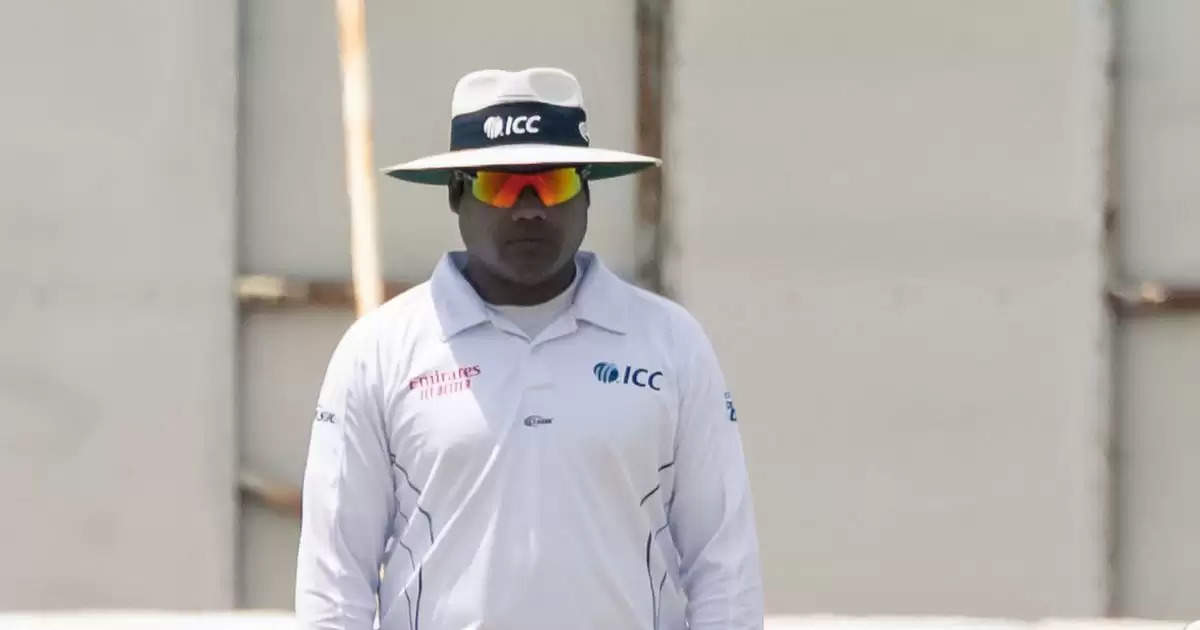 Nitin Menon has officiated in three Tests, 24 ODIs and 16 T20Is in men’s cricket.

Everyone has their own fitness regime. Some do a lot of cycling, some walk a lot, some run. Everyone has different routines or fitness patterns they follow in the gym.

There’s no prescribed fitness standard mentioned by ICC or BCCI. It’s an individual’s choice. But as a professional, we are expected to cope the rigours of the game and as such remain fit enough mentally and physically.

How do umpires train themselves to be focused always?

I have not seen any umpire, elite or otherwise, specifically work on the mental aspect. We know that if we are enjoying the game, we are always focused and prepared and concentrating well. As long as we are in the game, we are at the peak in terms of focus.

Are you looking at officiating in more Test matches in the future?

I started off wanting to be a Test umpire. I feel that’s a real test for an umpire, just like it’s for a player. I would love to officiate in an Ashes game. A men’s World Cup would also be welcome. I have officiated in a women’s World Cup.

Can you talk about the controversial decision in the 2016 Test match between India and England where you were the 4th umpire?

Incident: Nitin Menon was the 4th umpire and supposed to step in for the 3rd umpire after Marais Erasmus (the original third umpire) replaced an injured Paul Reiffel (on-field umpire). But C Shamsuddin – who had come to watch the game – instead took over as the match referee (Jeff Crowe) was uncertain about making Nitin Menon the third umpire as he lacked experience.

I thought ICC made the right call. Shamsuddin was way more experienced than me and he had stood (officiated) in a DRS game before. I hadn’t done that and to do that directly in a high-profile game against India and England in a Test was a huge ask. So I feel ICC made the correct call. I did feel awkward at the time, but I have no regrets or grudges about the incident. I believe everything happens for a reason. 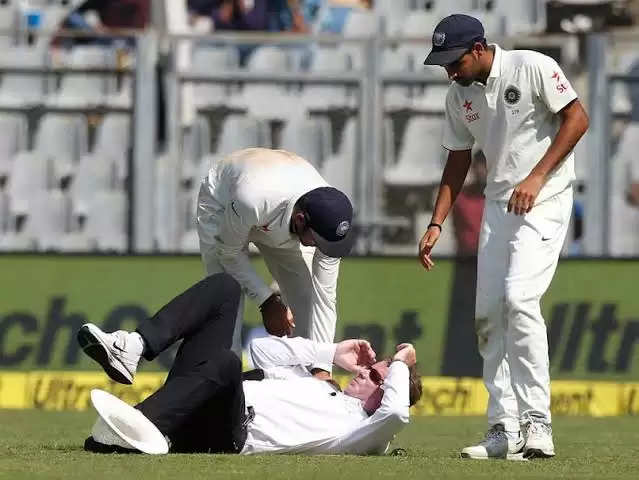 Why do you think we see very few Indian umpires in the ICC panel?

I think it’s just luck and being there in the right place at the right time. India had some very good, umpires who performed really well but let’s not forget that the umpires who were a part of the ICC’s Elite Panel were pretty flawless.

Just seeing how the Indian umpires performed is probably not fair. The ones in the elite panel already might be doing an excellent job, so it’s unfair to move them. If the ICC sees there’s no need to make a change in the panel, even if an Indian umpire is doing extremely well, it won’t be easy. It also depends on opportunity available.

How do you think are the facilities for umpires in India?

BCCI has done incredibly well to improve the standard of umpiring in Indian domestic cricket. The facilities – both on and off field – for umpires is extraordinary. India probably has the best facilities.

The remuneration and travel and accomodation arrangements even for a domestic game is top notch. That I think has contributed to the proficiency of umpires here. They know what the BCCI have been doing for them. They feel they should give something back to the board too.