ICC World Cup 2019 | Ben Stokes plays for his team, not for his own numbers, says Anand Chulani

With a little bit of support from other batsmen, scores of 82* and 89 from a No. 5 batsman are match-winning contributions on most days. However, despite his valiant efforts to take his team home, Ben Stokes wasn’t fortunate enough to bask in the glory of victory as England went down to Sri Lanka and […]
By CricXtasy Staff Writer Tue, 20 Aug 2019 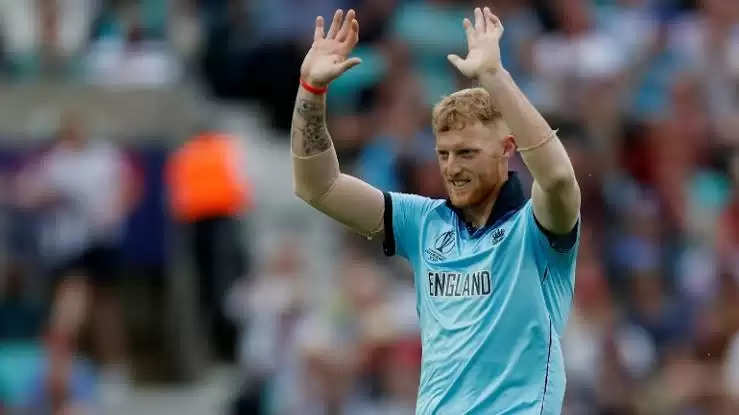 With a little bit of support from other batsmen, scores of 82* and 89 from a No. 5 batsman are match-winning contributions on most days. However, despite his valiant efforts to take his team home, Ben Stokes wasn’t fortunate enough to bask in the glory of victory as England went down to Sri Lanka and Australia in back-to-back matches. He could have been happy with his individual success but it meant nothing to him as his efforts were ultimately not good enough to win the matches for his team.

“And that’s what makes Stokes a great player, ” said Anand Chulani, a renowned peak performance coach and someone who knows Stokes since his tenure with the Rajasthan Royals in IPL 2018.

“Personal achievements mean nothing to Stokes unless it is benefitting the team. He may score a hundred or even take five wickets in an innings for instance, but it is all meaningless to him if it comes in a losing cause. Stokes is that kind of a bloke, he wears his heart on his sleeves,” Chulani said.

Stokes had to experience the bitter taste of defeat not once but twice as his fighting knocks of 82* and 89 came in losing causes against Sri Lanka and Australia respectively.

In the match against Sri Lanka, he stood at one end and saw wickets tumbling, one after another, at the other end. While some of the batsmen were victims of soft dismissals, Stokes was livid with the way Moeen Ali threw his wicket away in the 39th over of the innings in an attempt to go for back-to-back sixes and that too, in a chase that required just 63 runs off 70 deliveries at that particular point.

He saw England being reduced to ruins as wickets kept falling at one end. But he carried on and went on the charge knowing that he may run out of partners soon. Curtains were drawn on England’s innings when Mark Wood was caught behind off Nuwan Pradeep’s bowling. Stokes was devastated as he was left stranded at the other end and England fell short of the target by just 20 runs. Everyone could feel his agony. He took his team so near, yet it turned out to be so far in the end.

“He looked disappointed. Anyone would be so after coming so close. But he is a tough bloke with immense mental strength. No loss or disappointment will stop him from giving his 100 percent again in the next match.,” Chulani said.

The same story repeated in the next match against Australia. There was no real contribution from the top-order. Stokes walked out to bat when England were in trouble on a score of 26/3 while chasing a target of 286. He saw his team getting reduced further to 53/4. Then he had a good partnership of 71 and 53 runs, in which he was the major contributor, with Jos Buttler and Chris Woakes respectively. Stokes threatened to take the game away from Australia single-handedly.

However, this time, his efforts were undone by a superb yorker from Mitchell Starc. It was unplayable and Stokes had no answer to that. He was disappointed as he was denied the chance to take his team over the line once again. The batsmen slotted after him were obviously not good enough to finish the job off. It was painful but Stokes had to wait for another day, a better day!

That day arrived against India, who were the only unbeaten team in the tournament until the conclusion of this match. Everything was perfect for England, right from the beginning till the end. The top-order clicked, Stokes stepped up with yet another brilliant knock of 79 off just 54 deliveries, the lower order contributed and the bowlers ultimately finished the job off with a tight and disciplined bowling effort.

This was a totally different showing from England as compared to the sorry performances in the last two matches. The only constant, however, was Stokes who fought hard in every match. There was a phase even in this match when India had brought things under control with three quick wickets but Stokes changed the complexion of the match once again with a match-defining contribution with the bat.

The 28-year-old now has a total of 370 runs to his name in this World Cup at an excellent average of 61.66. Moreover, he has picked up six wickets at an average of 32.33 to go with those runs as well. So, Stokes has completely justified his all-round value and his tag of being one of the best all-rounders in the world at present.

“Ben (Stokes) is the best all-rounder at the moment. I don’t care what others say but he is the best. Not just talent wise but mindset wise.,” Chulani added.

The best thing about Stokes, according to Chulani, is his fighting spirit. He has shown his ability to stand tall in times of adversity numerous times in his career and in this tournament as well, “He is a fighter and a born leader.”

He doesn’t give up ever and rather inspires confidence in his teammates. He is a great influence on others around him.

“Even at RR (Rajasthan Royals), he made a big impact on our younger boys. One of the most caring and misunderstood people I’ve ever met. He’s a champion.”

His Never-say-die attitude is what makes him stand apart from others. He doesn’t let over-confidence creep into his game ever. For him the battle is never over until the final delivery.

“You will never see him stop giving his best. Even when it was clear England had won yesterday, he was diving for balls at the boundary. We’ve seen other guys from other teams give up on balls while fielding when their team was losing. We’ve even seen people giving up on run-chases well before the final delivery is bowled.

“Ben Stokes will never do that. He has never done that. Take his last three knocks for example. He will give 100 percent whether his team is winning or losing. The scoreboard has no bearing on the effort that he gives and standards that he plays at.