Pujara on his strike-rate debate: Captain and coach understand importance of my playing style

Cheteshwar Pujara finds the constant fuss over his strike rate a tad unfair and wants to clarify once and for all that he has got full backing of the team management which understands the “importance” of his style of play. In the age of slam-bang cricket, Pujara brings delight to the purists of the game […]
By PTI Thu, 19 Mar 2020 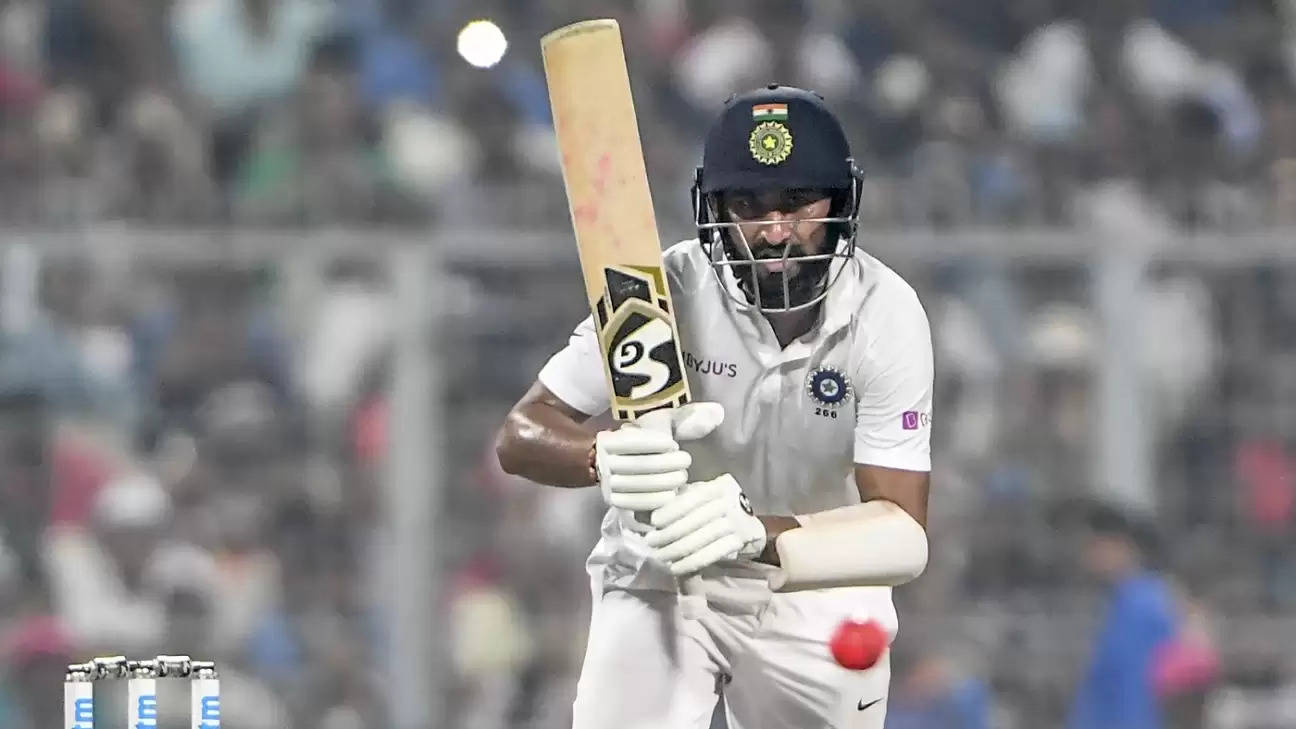 Cheteshwar Pujara finds the constant fuss over his strike rate a tad unfair and wants to clarify once and for all that he has got full backing of the team management which understands the “importance” of his style of play.

In the age of slam-bang cricket, Pujara brings delight to the purists of the game by batting on and on without worrying too much about the strike-rate. But to appreciate someone who epitomises patience in Test cricket is may be asking for too much from the “millennials”.

Last week, the soft-spoken 32-year-old from Rajkot found himself at the receiving end again on social media as he laboured his way to 66 off 237 balls in the Ranji Trophy final against Bengal.

To his credit, he overcame fever and throat infection to share a game-changing stand with Arpit Vasavada, helping Saurashtra to their maiden title on the basis of first innings lead.

Whether it is playing for Saurashtra or India, Pujara is used to constant chatter around his strike-rate.

“I don’t think there is too much talk (on the inside). In media, it is described differently but the team management has been backing me on this completely. There is no pressure from the captain, coach or anyone else,” Pujara, who is currently getting much-needed family time due to the COVID-19 outbreak, told PTI.

“I just want to clarify that when it comes to strike rate people start pointing towards team management’s take on it but there is no pressure on me at all. The team management understands my style of play and its importance.”

For someone who averages 48.66 in 77 Tests, perception counts for little.

“The question that was asked on social media (during Ranji final) was ‘why am I taking so long to score X number of runs’? Whether I pay attention to that, no, I don’t. My job is to make sure that the team wins at all times.

“People have this tendency to pinpoint one person but it is just not about me. If you look at any Test series where I have scored runs and taken little bit of time, the opposition batsmen, most of them, have consumed same number of balls.

“I know I can’t be a David Warner or Virender Sehwag but if a normal batsman takes time there is nothing wrong in that.”

The entire batting unit had a tough time in New Zealand with the 0-2 loss in Tests marking the end of the international season. Pujara collected five half centuries this season, including one in New Zealand, but could not add to his 18 hundreds.

“People expect big knocks from me. I always challenge myself to score a 100 but to average close to 50 in Tests means you are scoring a half-century almost every second innings.

“My standards are always high and I am not satisfied with the season that I had but I would not call it a bad one at all.”

It may be boring and exhausting for majority of the fans, batting time and wearing out the opposition excites Pujara the most. Asked why they don’t make it like him anymore, Pujara gave a practical response.

“I don’t think it is on the decline (art of batting time). There is value for it. May be the youngsters are not inclined towards this format. It is a fact that there are more games in white-ball cricket. A youngster would want to play shorter formats because it is financially better.

“There is nothing wrong with that but they should understand that real cricket is Test cricket and you will be judged only on the performances in the five-day game.”

With uncertainty over the upcoming county season in the UK due to the COVID-19 outbreak, Pujara has no game time lined up in the near future. The biggest international assignment for him this season is the tour of Australia and he can’t be more fired up for that.

Rather than focusing on the loss in New Zealand, Pujara looked at the Australian challenge, especially after India’s historic triumph Down Under last year.

“It is one of the most important series for us.”

On playing a full-strength Australia this time, he said: “They (Smith and Warner) are important players but if we played the way we played in the last series, we should be able to beat them.

“Fast bowlers have to be fresh and ready for that series and I am sure their workload will be managed. Best part about the tour is that we recently played in Australia (2018-19). I feel that is the biggest advantage for us.”

Pujara acknowledges that no team, including India, is doing consistently well overseas and picked the reducing pool of quality Test cricketers as the reason for this trend.

“The importance of limited overs cricket has increased significantly. You are not getting too many quality Test players. Earlier, there was a lot of importance given to a Test series. Players used to take ample rest before that. Now we see so many injuries during the season.

Over the past 24 months, India have lost Test series in England, South Africa and New Zealand. Pujara said the batsmen’s shot selection could have been better in New Zealand where they were completely outplayed.