Delhi Capitals (DC) are the only team in the current lot of eight that has never reached the final in the history of the Indian Premier League (IPL). However, DC did show a lot of promise last season and will be hoping to build and continue that in IPL 2020 as well. In 2019, there […]
By Sahil Jain Tue, 24 Mar 2020 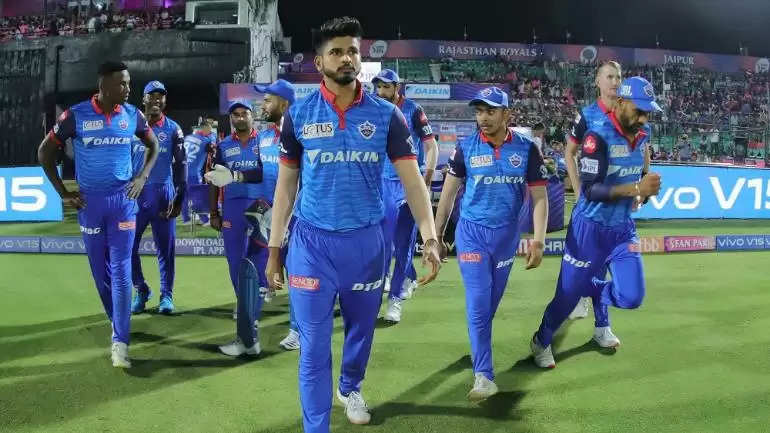 Delhi Capitals (DC) are the only team in the current lot of eight that has never reached the final in the history of the Indian Premier League (IPL). However, DC did show a lot of promise last season and will be hoping to build and continue that in IPL 2020 as well.

In 2019, there was one big change for the Delhi franchise and that was the name. There were a lot of trolls but a change in name (from Daredevils to Capitals) really worked wonders for them. They made it to the playoffs (and finished third on the points table and overall, as well) for the first time since 2012. The Shreyas Iyer-led side won nine out of their 14 league stage games.

Hence, with the IPL 2020 season just around the corner, here’s a look at five players from the DC side to watch out for in the upcoming season.

The last 10-12 months haven’t been easy for Rishabh Pant. There’s barely any Indian player who has had such an up and down time. From being tipped as the MS Dhoni’s replacement to being side-lined in the white-ball formats and also losing his place and regaining it in the Test team. Pant is always in the limelight irrespective if he does well or not.

Also, over the course of the last year, his form has always been in question. However, the Delhi wicket-keeper batsman has been in blazing form in the last couple of IPL seasons. He’s been among Delhi’s premier batsmen and has led the batting charge for them. He has scored 1172 runs at an average of 45.08 and a strike-rate of 168.88 in the IPL since 2018. Moreover, he has smashed 64 sixes which is the second-most as well in the same time frame.

With Pant out of favour from the XI and being reduced to a backup keeper, this IPL will be a big one for him. He will look to replicate his form and continue the good work for the Delhi Capitals.

Most of them would be surprised to see this name in this list. Harshal Patel has had a fabulous domestic season 2019-20. Be it white-ball cricket or red-ball, the Haryana cricketer has had a fine season. However, he hasn’t really been noticed a lot.

He did bat in the top-order and may not get to bat in the top order for Delhi. DC need to use the form Patel is in during IPL 2020. He could be the surprise package and if he gets a chance, the 19-year-old might well be one of the players to watch out for.

There’s been a lot of spotlight on Ravichandran Ashwin in the recent past. After leading Kings XI Punjab (KXIP) for a couple of seasons, he’s now been traded to Delhi. It was a slightly surprising move but Delhi won’t complain. The Tamil Nadu off-spinner is a wily customer and can outsmart the batsmen.

However, Ashwin’s form in white-ball cricket hasn’t been at its best. He’s played a very few games in the shorter formats but the premier Indian Test spinner has looked to play as much white-ball cricket in the domestic circuit as he can. Even in the IPL, his form has swayed as he took just 25 wickets from 28 games over the last two seasons.

Ashwin will be eager to get back in the mix in white-ball cricket. The track at the Ferozshah Kotla will suit him as well. He will be looking to lead the spin attack and could be a great man to have alongside Shreyas Iyer as well and can give his inputs as well.

Shimron Hetmyer is one player who has been talked about quite a bit. He was the hot property ahead of last season’s IPL but he flattered to deceive and didn’t get enough backing from the Royal Challengers Bangalore (RCB) team management as well. Moreover, his form has been very topsy-turvy in international cricket.

However, the explosive West Indian batsman showed what he is capable off just a few days before the auction as he smashed a fine ton against India. Hetmyer will form a crucial part of the Delhi middle-order. With most batsmen having a liking to bat at the top, Hetmyer’s presence in the middle could be huge. He could well be the X-factor along with Rishabh Pant for DC in IPL 2020.

Kagiso Rabada is an expected name on this list. The way he bowled last season and the number of wickets he took, he will be in almost everyone’s list of Delhi players to watch out for in the upcoming IPL season. The ace South African pacer was one of the reasons for Delhi’s success last season.

He picked up 25 wickets from 12 games at an average of 14.72. He took a wicket every 11 deliveries and was Delhi’s strike bowler. If not for a back injury towards the end of the season, Rabada would’ve well ended up with the Purple Cap. This time around, he’s coming into the IPL on the back of some inconsistent form and after an injury. But with Trent Boult traded and Chris Woakes unavailable, Rabada will be the spearhead once again for DC in IPL 2020.