Rajasthan Royals (RR) were always known to be a quiet team and one that doesn’t like to hog too much limelight. They try to punch above their weight and don’t really go after big star players. However, everything seems to have changed ever since RR returned from a two-year hiatus in 2018 and in IPL […]
By Sahil Jain Tue, 24 Mar 2020 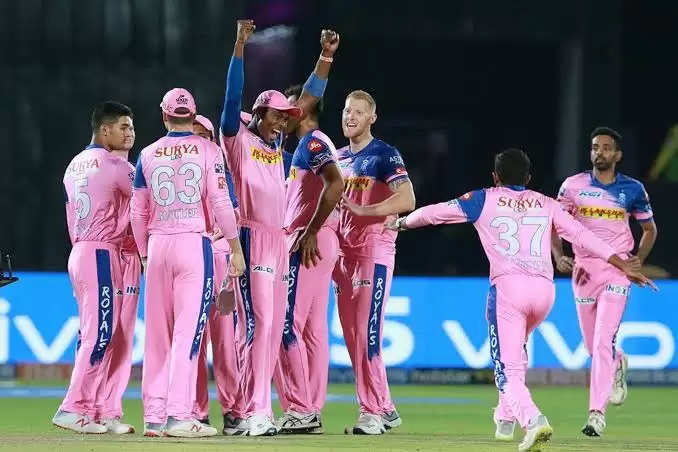 Rajasthan Royals (RR) were always known to be a quiet team and one that doesn’t like to hog too much limelight. They try to punch above their weight and don’t really go after big star players. However, everything seems to have changed ever since RR returned from a two-year hiatus in 2018 and in IPL 2020, RR will be looking to go one step further.

Right from 2018, they’ve never been shy to go all out for a particular player in the auction. They have plenty of overseas stars who will walk into the XI. But they haven’t really shown a lot of consistency. They have blown hot and cold in 2018 and 2019. They finished fourth in the 2018 edition while came second-last in 2019. Thus, consistency is something that will be at the top of the radar for RR this time around. And here are five players who can help them achieve that.

There is a trend that Rajasthan Royals (RR) have followed over the last few years. They release Jaydev Unadkat after every season only to buy him back at a cheaper price. This year it’s been no different and the left-arm fast bowler is back with RR. But things are a lot different this time around.

Unadkat is coming on the back of a brilliant domestic season. He’s topped bowling charts across formats for Saurashtra. He took 15 wickets from eight games in the Vijay Hazare Trophy while he took 12 wickets at an average of 12.91 in the Syed Mushtaq Ali Trophy. Unadkat had a mind-boggling Ranji season where he picked up a staggering 67 wickets.

The Saurashtra skipper hasn’t been at his best in the IPL over the last couple of seasons. He seems to be bowling really well and is in excellent rhythm and he will want to correct his record with RR.

ALSO READ: Are RR all about their English players?

There’s been hardly anything that Ben Stokes hasn’t been able to do in the recent past. Everything he touches has turned into gold. Right from the World Cup to the Ashes to the Test series in South Africa, he’s been England’s hero. The only blemish that Stokes had in 2019 was the IPL where he just couldn’t get going.

Stokes has had a couple of pretty quiet IPL seasons now. After a blockbuster debut season in 2017, 2018 and 2019 have been underwhelming to say the least. But the England all-rounder is too good to kept quiet for long. He could well be back with a bang this season. He is someone who makes things happen and this could well be Stokes’ IPL year.

Ever since he started opening in T20 cricket, Jos Buttler’s USP has increased several notches. The England wicket-keeper batsman is a destructive player and batting at the top is giving him the chance to cause maximum damage. He’s been RR’s best batsman for the last couple of seasons.

In both seasons – 2018 and 2019, Buttler has had to leave the tournament midway due to international commitments but it may not be the case this time around (depends on when the IPL is scheduled). He has scored 859 runs in 21 games for RR and has a strike-rate in excess of 150. There’s absolutely no doubt Buttler will be critical at the top of the order for RR in IPL 2020 as well.

RR has somewhat become a star-studded side with the likes of Steve Smith, Stokes, Buttler, Sanju Samson and the others in the side. However, there is a leg-spinner who quietly goes about his business and yet ends up at the top of the bowling charts. Shreyas Gopal has been a key figure in the RR XI in the last couple of years.

He’s had good control and has consistently picked wickets in the middle-overs. The Karnataka leg-spinner has taken 11 and 20 wickets across 2018 and 2019 respectively. In fact, he’s had the better of the likes of Virat Kohli and AB de Villiers on multiple occasions. Gopal picked up 19 wickets from 12 games in the Syed Mushtaq Ali while he took 13 wickets from eight games in the Vijay Hazare Trophy.

Thus, he’s been in good form and will be the lead spinner for RR once again. In the absence of Krishnappa Gowtham, his batting lower down the order will be crucial as well.

Yashasvi Jaiswal has already become a common name in the Indian cricketing circles. The youngster from Mumbai has had such an impact that he has made the entire nation and also, the world to sit up and take notice. Jaiswal had a stunning debut season for Mumbai where he played just a handful of List ‘A’ games.

He became the youngest ever to score a double ton in a List ‘A’ match. The left-handed opener who also bowls part-time leg-spin topped the run-charts in the Under-19 World Cup this year (400 runs and was never dismissed under a score of 59). Jaiswal has already become a star and was a great pick by RR in the auctions.

However, there seems to be a rush for a top-order batting slot and Jaiswal may not fit in straightaway. But there’s absolutely no doubt that the left-hander will be itching to have a go and will definitely be one the players to watch out for from the RR camp in IPL 2020.