IPL 2020: 7 players who will get affected the most if the tournament gets cancelled

The world has come to a standstill. COVID-19 has hogged all the limelight and in no time, all sporting events have been put on hold or are cancelled. The 2020 season of the Indian Premier League (IPL) has been deferred until April 15th at least. In fact, there are rumours going around that with the […]
By Sahil Jain Mon, 23 Mar 2020 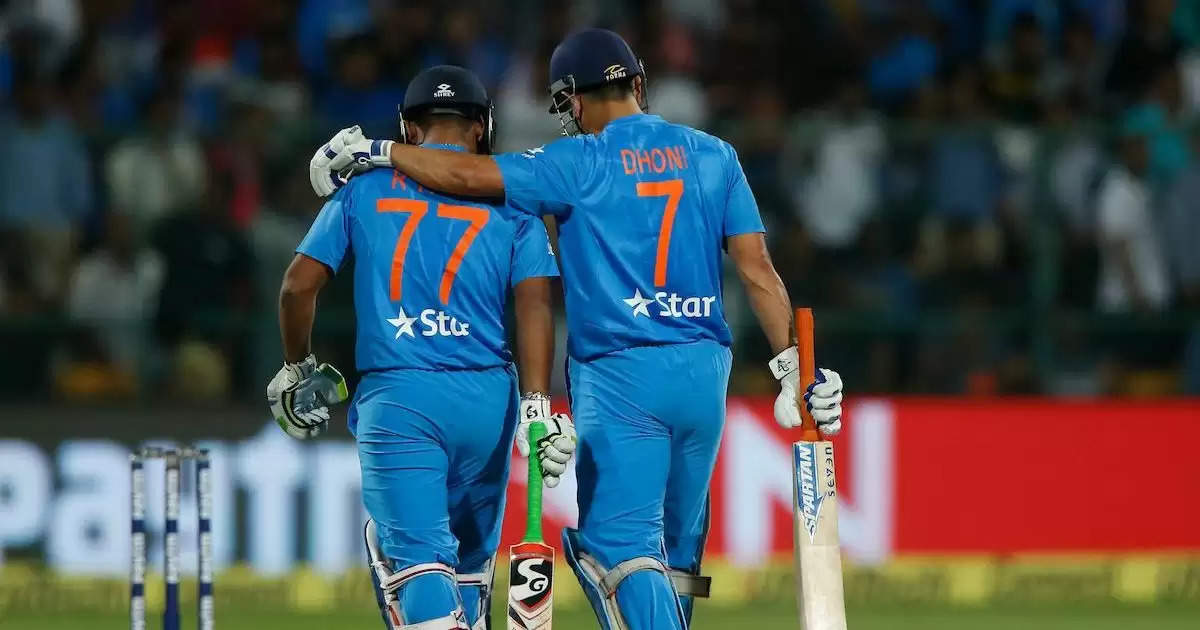 The world has come to a standstill. COVID-19 has hogged all the limelight and in no time, all sporting events have been put on hold or are cancelled. The 2020 season of the Indian Premier League (IPL) has been deferred until April 15th at least. In fact, there are rumours going around that with the kind of situation the world is in at the moment (battling the coronavirus pandemic), there may well be a case of cancelling the IPL as well.

The IPL is a big part of the Indian summer and is one of the biggest cricketing events of the calendar. If it does get cancelled, everyone around including the BCCI, the franchises and the broadcasters will incur heavy losses. However, there are certain players that will be disappointed too.

The IPL provides the players with a platform to showcase their skills and even get back into form. There have been multiple occasions where players have used the IPL to get back into their national side as well. With the T20 World Cup slated to be held later this year, here are seven players who are likely to get affected the most if the 13th edition of the IPL is cancelled. 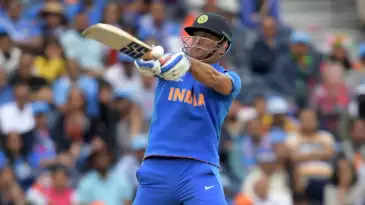 There have been a lot of speculations around the return of MS Dhoni. He’s been on a sabbatical ever since India suffered that heartbreaking loss in the 2019 World Cup semi-final. The former Indian captain has made himself unavailable for selection.

However, he was due to play the IPL. The wait for Dhoni’s return was going to end. The Ranchi-born cricketer had even started practice in Chennai with a few Chennai Super Kings (CSK) teammates. But that was called off midway through as well. For Dhoni to return to India colours and with one eye on the T20 World Cup, the IPL was critical for him.

India’s head coach Ravi Shastri and even the newly elected selectors put it on the IPL and they wanted to see how Dhoni goes in the IPL. They had said that if he has a good season, he might walk back into the team. Now, if the IPL gets cancelled, it puts Dhoni’s future in jeopardy. India’s domestic season also doesn’t start before September-October which casts doubts over his Team India future. 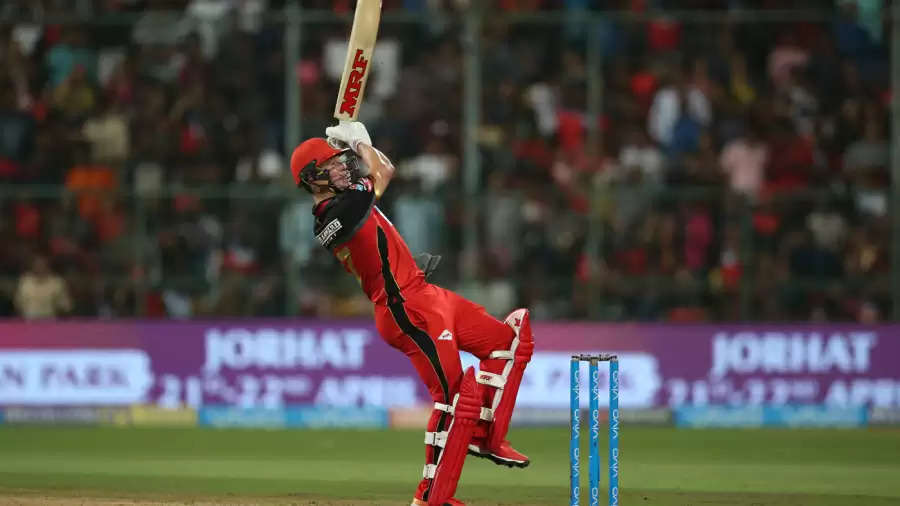 If Dhoni has been the talk of the town, AB de Villiers is not too far behind. There’s been a lot of chatter around the return of the South African superstar. He had shocked the world when he decided to hang up his boots from international cricket in May 2018. A lot of murmur and rumours went around how he wanted to return to the South African side at the nth minute ahead of the 2019 World Cup.

That chapter has been closed but with a new team management in place and a new leader in Quinton de Kock, de Villiers has once again shown interest in making an international comeback with the T20 World Cup in sight. The 26-year-old has been playing T20 cricket around the world and has looked in decent shape.

However, he has put it down to the IPL and has revealed that he would take a call on his future on how he goes about his business in the 13th edition of the IPL. Hence, an IPL no-show will affect de Villiers big time. 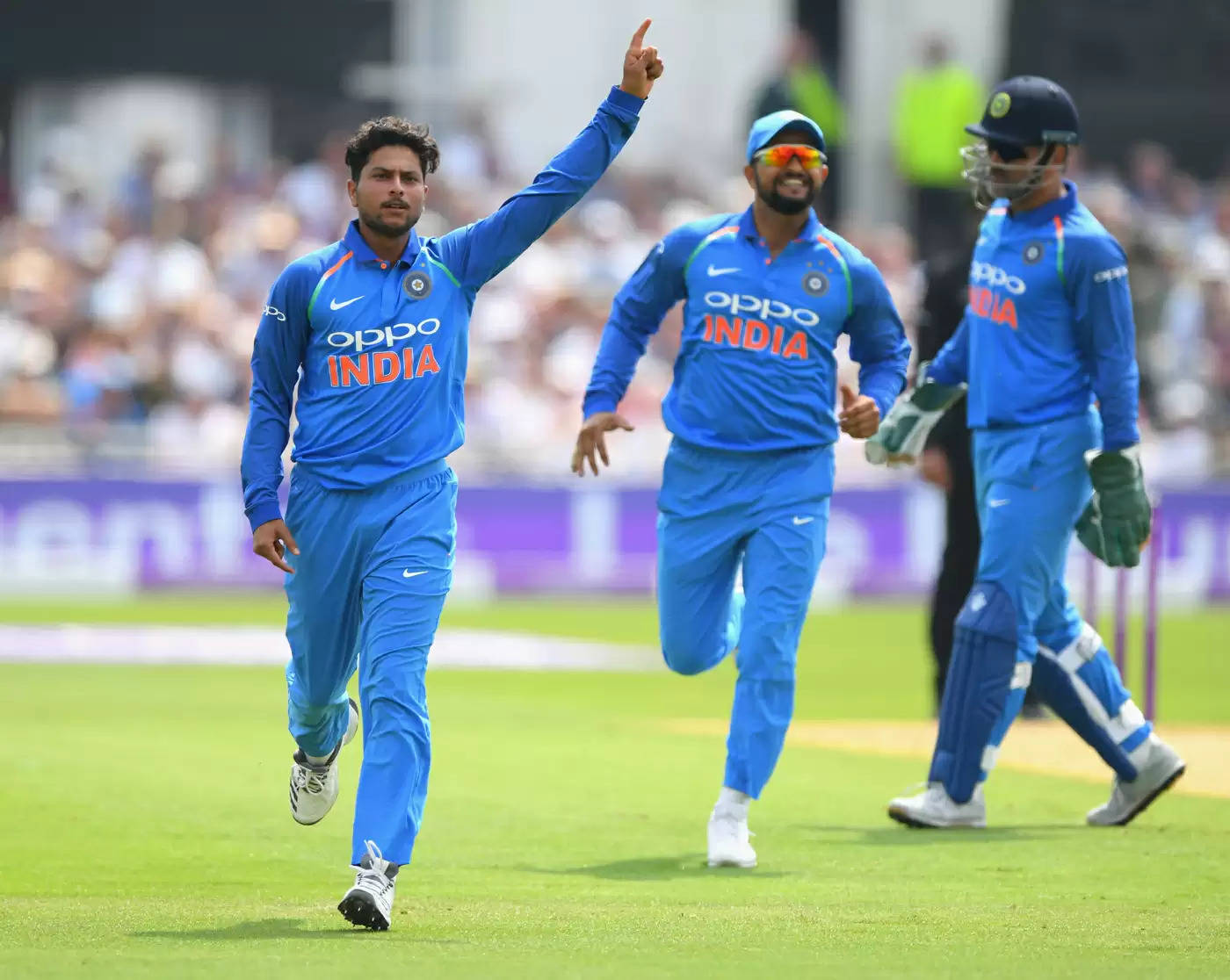 Ever since the 2019 season of the IPL started, Kuldeep Yadav has had a horror run. From being India’s premier spinner in white-ball cricket along with Yuzvendra Chahal, he’s reduced to being a backup spinner now. In the IPL last year, the chinaman bowler played just nine games and picked up a mere four wickets. He conceded runs at an economy of 8.66.

Moreover, he was dropped towards the end of the 2019 World Cup as well. Since the mega tournament in England, Kuldeep has played just 12 matches in India colours which includes only three T20Is (from which he has picked up four wickets). With Chahal and Ravindra Jadeja being India’s preferred choice in white-ball cricket, Kuldeep has been reduced to a sub.

The 2020 season of the IPL was going to be a critical one for him. It would’ve given him a chance to bring back his confidence and get back into rhythm. With the IPL’s future in jeopardy, the Uttar Pradesh spinner might get affected as he might continue to be on the bench with no performances to show. 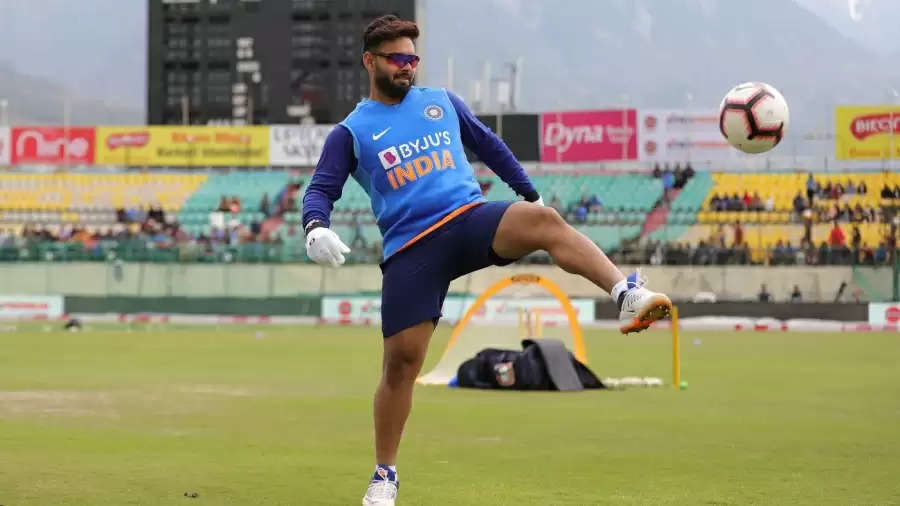 From missing out on a World Cup spot to flying in as a replacement to becoming India’s first-choice keeper to becoming a backup slowly across formats to making a comeback in the Test XI, it’s been a manic last year or so for Rishabh Pant. He’s been out-of-form, in-form and again out-of-form and the circle continues. It’s been nothing short of a roller-coaster for the Delhi youngster.

After an inconsistent run in white-ball cricket and then a concussion against Australia earlier this year, he has been put on the bench with KL Rahul taking over as India’s first-choice wicket-keeper in the shorter formats. Everyone got a chance in the T20I series in New Zealand barring Pant and he even sat on the bench for the ODI series.

But Pant has been wreaking havoc in the IPL for a couple of years now. He’s been pretty consistent and has done really well. Another good show could help his case in pushing for a spot in the XI in at least T20 cricket. But if the 13th season of the IPL gets cancelled and MS Dhoni still lingering around, Pant’s spot in the squad could be in danger. 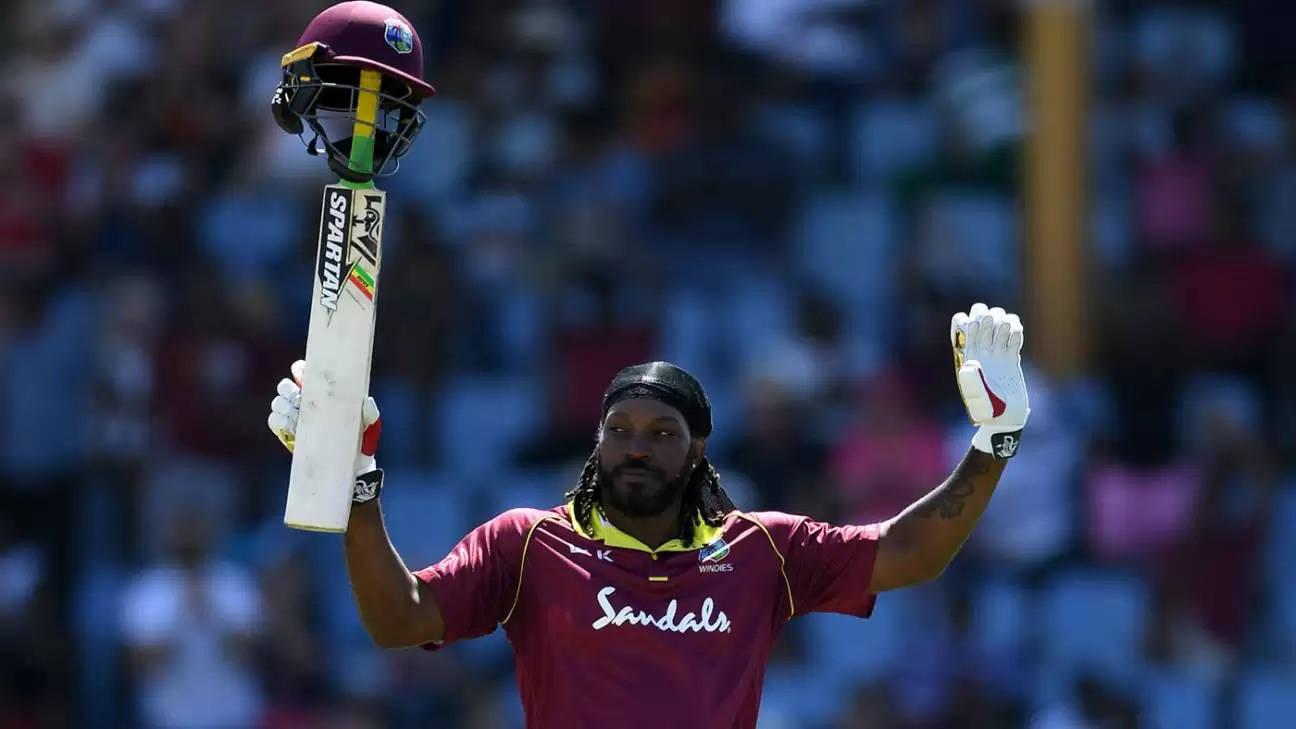 Surprised to see this name? You’d feel Chris Gayle is one of the best ever to play T20 cricket and how does an IPL matter for him? He’s anyway playing decent amount of T20 cricket around the world. However, if he needs to get back in the West Indian T20 side, this IPL was going to be a crucial one.

The Universe Boss hasn’t played international cricket since August 2019. The West Indian side is looking far more settled under Kieron Pollard. Yes, a player like Gayle can walk back into the team but he needs some runs behind him as well.

He struggled quite a bit in the Mzansi Super League (MSL) where he scored 101 runs from six innings which included just one half-century. The Jamaican opener then played the Bangladesh Premier League (BPL) where he got starts in the handful of games he played.

The IPL would’ve not only given him a chance to get back into form but also prove his fitness. Gayle is definitely someone who will get affected quite a bit if the IPL goes missing this year. 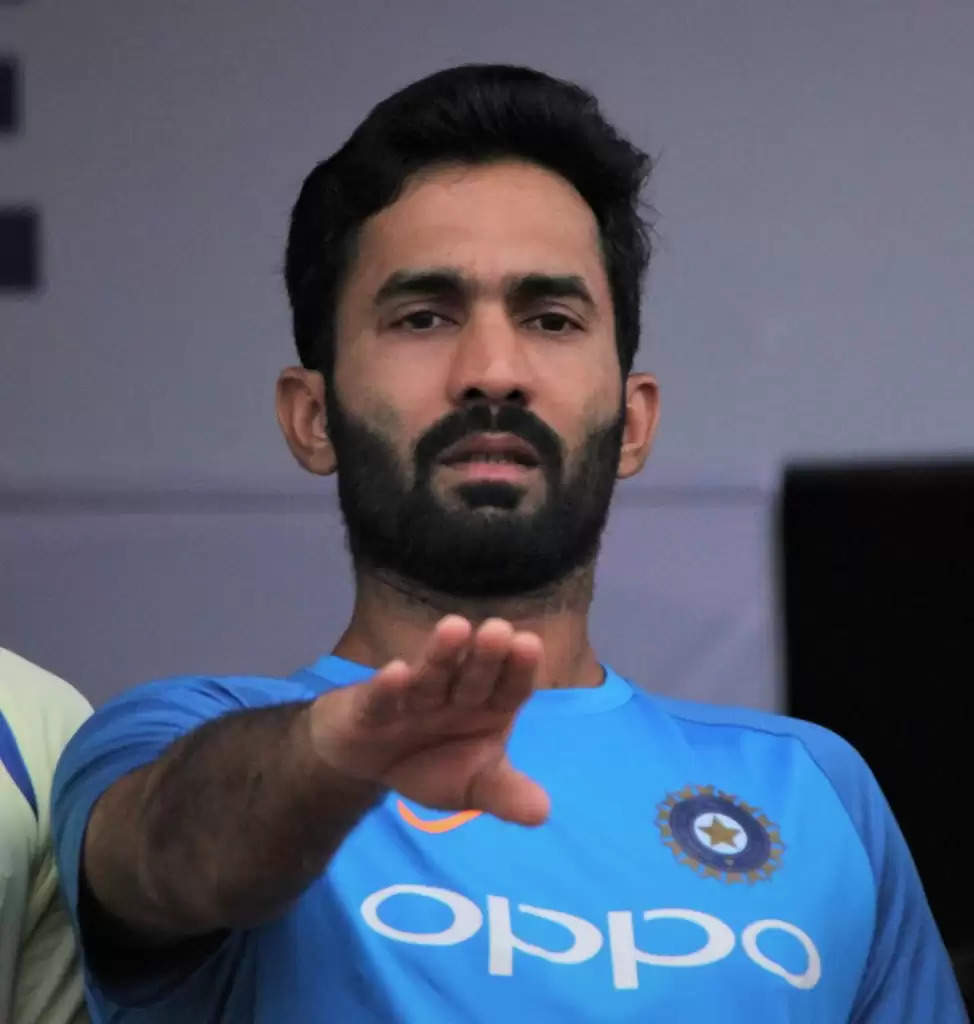 Remember 2018 Nidahas Trophy? The last-ball six? Dinesh Karthik was the hero and it seemed like India had found a finisher and since then, he was a regular in Indian T20I side. He played games in Australia, New Zealand and even at home. The Tamil Nadu cricketer was India’s backup keeper in the 2019 World Cup and even batted at No. 5 in the semi-final of that tournament.

However, since then, he’s been discarded. Karthik was never a regular in ODI cricket but he was included. And despite doing well in T20 cricket, he was dropped from the side. But Karthik seems to be making some good noise in the Indian domestic circuit.

His red-ball form may not be as good but he’s been in fine form in the shorter formats. Karthik made 301 runs at an average of 33.44 in the Syed Mushtaq Ali Trophy. He had even better numbers in the Vijay Hazare tournament where he amassed 418 runs at an average of 59.71 and a strike-rate of 121.15. He could well be the finisher India are looking for and the IPL could decide his fate. A good season could well see him back in the mix. But if the cash-rich league gets called off for 2020, Karthik’s future remains in jeopardy. 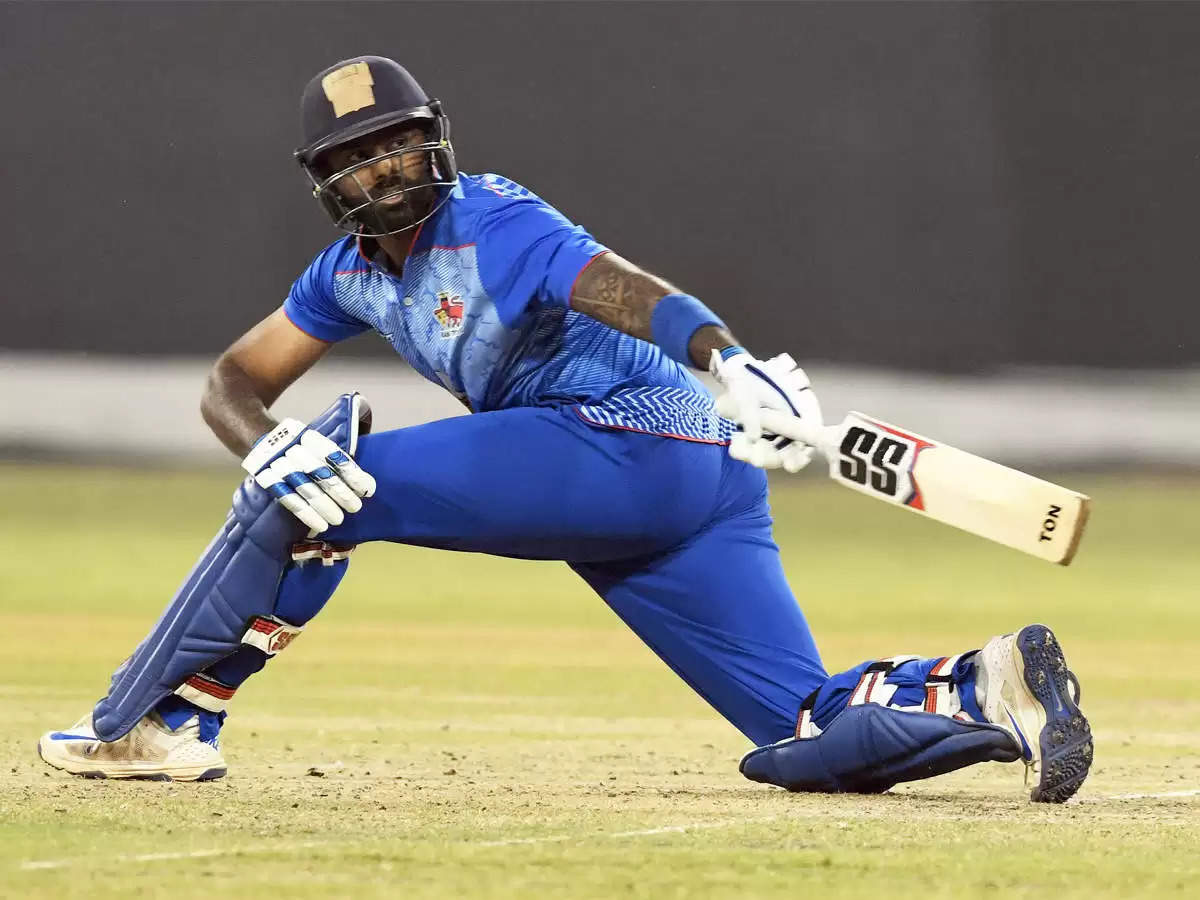 Over the course of the Indian home season, there was quite a bit of spotlight on Suryakumar Yadav. He had a blazing domestic season in white-ball cricket. The Mumbai batsman scored 224 runs at an average of 113.00 and a strike-rate of 154.79 in the Vijay Hazare Trophy. In the Syed Mushtaq Ali tournament, he aggregated 392 runs at a strike-rate of 168.96 and averaged 56.00. He even did well in the Ranji season.

Moreover, Yadav had performed well in the 2018 and 2019 IPL seasons as well, scoring in excess of 400 runs in each of those editions. There were murmurs around his inclusion in the Indian T20 side but he was overlooked. The 29-year-old was picked in the India ‘A’ team for the New Zealand tour and he consistently got starts there.

The 2020 IPL could well be a pivotal point in Yadav’s career. If he can continue the good run and continue banging the selection door down, an India call-up may not be too far away. But with the IPL not certain to take place, Yadav will be disappointed.