A total of 338 players were set to be put up on the IPL 2020 auction day and there were 73 slots to be filled. However, only 62 players got bids and have got IPL contracts. There were 32 capped and 30 uncapped players. Overall, there were 29 overseas players and 33 Indian players that […]
By Sahil Jain Sat, 21 Dec 2019 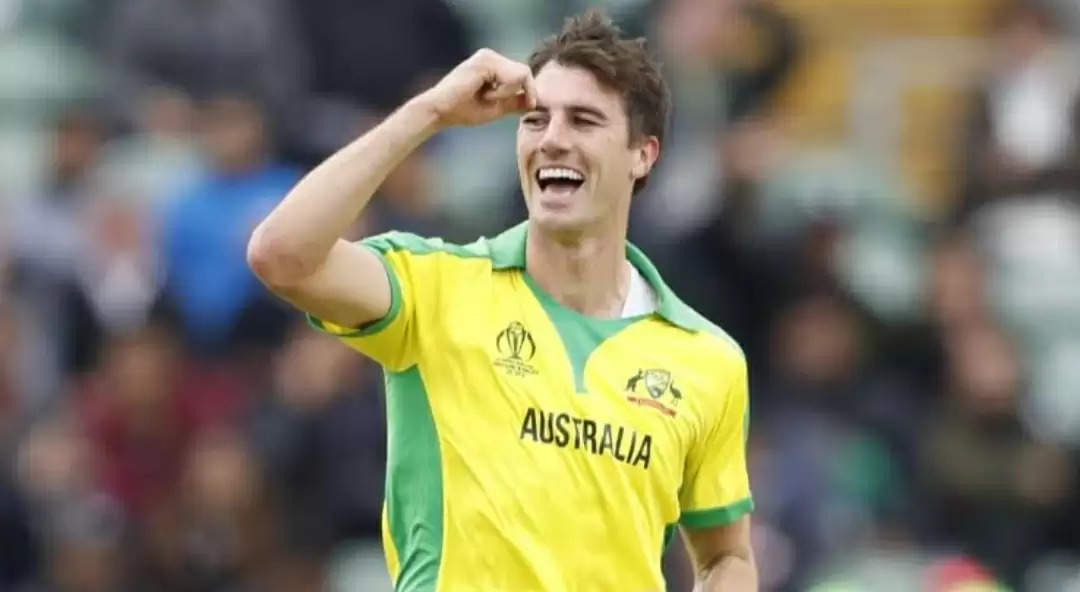 A total of 338 players were set to be put up on the IPL 2020 auction day and there were 73 slots to be filled. However, only 62 players got bids and have got IPL contracts. There were 32 capped and 30 uncapped players. Overall, there were 29 overseas players and 33 Indian players that were picked from the auction.

However, it was a day of big pay-cheques for quite a few players. As many as nine players received bids for over INR 5 crore while three players got more than INR 10 crore. With the IPL 2020 auction buzz still around, we rate the top 10 buys (price-wise).

Pat Cummins was the highlight of the IPL auction this time around. There was absolutely no doubt that he would be one of the go-to players and one of the big buys in the auction. But little did anyone expect that he would almost break the record for the most expensive buy in the history of the IPL auction. He almost threatened to break Yuvraj Singh’s record of INR 16 crore.

The ace Australian fast bowler has been in fine form and is the leader of the attack for Australia across formats. he can lead a pace attack and is excellent at all stages of the game. Thus, Delhi Capitals (DC) and Royal Challengers Bangalore (RCB) were involved in a bidding war before Kolkata Knight Riders (KKR) joined in late to scalp the Aussie pacer. He will now spearhead the KKR attack in the upcoming season.

It was not too long ago that Glenn Maxwell took a break owing to mental health issues. However, he recently announced his comeback and will be playing in the Big Bash this season. He was overlooked in the Australian ODI squad but that didn’t have an impact on the proceedings of the IPL auction.

The star Australian all-rounder was one of the most-sought after cricketers in this auction. He’s played for three teams in the IPL – MI, KXIP and DC and the latter two franchises were involved in a bidding war for Maxwell. Eventually, Maxwell was sold to KXIP for a whopping sum of INR 10.75 crore. He adds some batting depth in KXIP’s middle order as they’ve been guilty of been top-heavy for the last couple of seasons.

RCB desperately wanted a couple of big overseas fast bowlers and they made it very clear when they went hell for leather after Pat Cummins in the IPL 2020 auction. However, in the end, that didn’t turn out well as he went out of range and budget and KKR pouched him for INR 15.5 crore.

But RCB added Chris Morris to their squad. KXIP and Mumbai Indians (MI) wanted him as well but the Bangalore franchise outbid them and got the South African all-rounder for INR 10 crore. Not only with the ball, Morris can be very handy with the bat as well. He is an impact player and adds depth to the RCB side. He can be the game-changer Virat Kohli and co are looking for in the middle order.

DC and KXIP were involved in a few bidding wars this auction. Both of them wanted a couple of overseas fast bowlers but KXIP needed it more after they released the likes Andrew Tye and Sam Curran. They went after a couple of them and managed to pouch Sheldon Cottrell.

The West Indian left-arm pacer’s stocks have risen over the last year or so. He’s become the go-to fast bowler for West Indies in the shorter formats and has been in excellent form as well. Moreover, Cottrell is only the second left-arm pacer in the KXIP squad. But isn’t INR 8.5 crore a little too much, considering he might not play all games with the likes of Chris Gayle, Maxwell, Nicholas Pooran and also Chris Jordan who was added later already in the mix?

For the last couple of seasons, Nathan Coulter-Nile has been prone to injuries and has been missing the IPL. It was no surprise when he was released by RCB. However, it was unsure whether he would attract a lot of bid, given his recent injuries and the balance of the teams as well.

But he eventually did attract two teams in the IPL 2020 auction – MI and CSK and they were involved in an intense bidding war. They kept going until CSK finally gave up and MI scalped him for INR 8 crore. However, Coulter-Nile joins an already strong pace attack which comprises of Jasprit Bumrah, Lasith Malinga, Trent Boult and Mitchell McClenaghan. It was surprising that MI went after him as they already have three quality pacers in their ranks and now, they are spoilt for choice. Moreover, the price Coulter-Nile was bought for is a bit too much as well.

For two seasons in a row now, Shimron Hetmyer was one of the players to watch out for in the auction. And for the second time in a row, he’s bagged a brilliant deal. Last year, he was bought for INR 4.2 crore by RCB and this year, he’s been bagged by Delhi in the auction – shelling out INR 7.75 crore to avail his services for IPL 2020.

Hetmyer is a game-changer. He may not have the best of records but if he can have an impact in three or four games and win Delhi those games, he’ll be total worth it for the price he’s been bought for. Last season, he failed in the first few games for RCB and was eventually benched. But in the last group stage encounter, he showed exactly what he can do as he stroked a 75 leading RCB to a win. Moreover, after a tough second half of 2019, Hetmyer has found his touch as well. But INR 7.75 crore is a tad too much for the swashbuckling left-hander.

Even in the wildest of dreams, nobody would’ve thought that Piyush Chawla would be among the top 10 most expensive players in the IPL auction for the 2020 season. He is an IPL veteran and a leg-spinner which boasted his stocks a little bit. However, no one would’ve ever predicted that Chawla would be bought for a stunning sum of INR 6.75 crore.

CSK and KXIP went after him before the former bagged the 31-year-old leg-spinner. Chawla now adds depth to the already beefed up CSK spin attack which has the likes of Ravindra Jadeja, Imran Tahir, Harbhajan Singh, Karn Sharma and Mitchell Santner.

Ever since he made his international debut, Sam Curran has been highly rated. The England all-rounder has the ability to make an impact in all three departments and is a promising prospect. He adds variety and depth to any squad that he plays for. It was slightly surprising that he was released by KXIP ahead of the auctions as he had a decent maiden season last year.

Back in the auction pool, Curran once again attracted quite a bit of attention as he was paid INR 5.50 crore. CSK bought him and he was only of the only four players they bought. It wasn’t a surprise that the MS Dhoni-led side went after Curran as they had released David Willey and needed a left-arm pacer.

The last time Eoin Morgan played an IPL game was back in the 2017 season. He was with KXIP and played just four games in that edition. However, he is back in the IPL mix and the 13th edition will get to see some fireworks from Morgan. And he is back with his former franchise, KKR as the two-time champions bought him for INR 5.25 crore.

This is a very good addition to the squad and Morgan adds depth in the middle order. With his inclusion, the KKR middle order now looks really solid with Dinesh Karthik, Andre Russell and Nitish Rana already present.

Marcus Stoinis was one of the latest picks in the auction this year. He went unsold twice before returning and commanding a decent price of INR 4.8 crore. DC and Rajasthan Royals went after him before the former won the bid.

This is a decent pick as Stoinis had a good season with the bat last time with RCB. He made 211 runs at an average of 52.75. However, he donned the finisher’s role and was decent. But his bowling hasn’t been too good of late and hence, that could hamper DC. They will have to play him at 5 or 6 and cannot bank on him as a four overs bowler.