Is KKR a shadow of a team without Andre Russell?

For long enough, Kolkata Knight Riders (KKR) have been a blockbuster feature in the Indian Premier League, and why not? The franchise from Kolkata, co-owned by one of the biggest superstars the country has ever seen, Shah Rukh Khan, are a top brand and know how to market themselves that way. But more importantly, they’ve […]
By Anjishnu Roy Thu, 26 Mar 2020 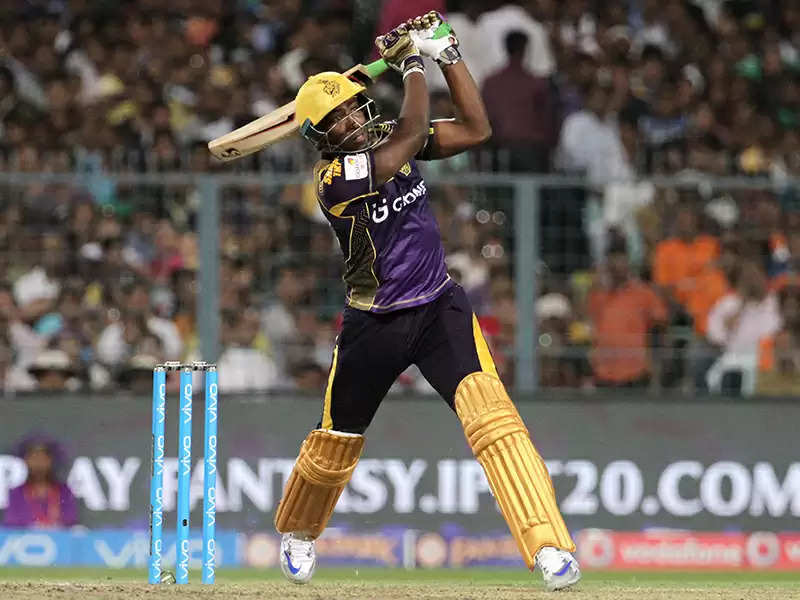 For long enough, Kolkata Knight Riders (KKR) have been a blockbuster feature in the Indian Premier League, and why not? The franchise from Kolkata, co-owned by one of the biggest superstars the country has ever seen, Shah Rukh Khan, are a top brand and know how to market themselves that way. But more importantly, they’ve also sustained the success required on the field to back that claim.

KKR has made it to the playoffs on six occasions in the 11 IPL seasons they’ve been a part of and ended up as champions twice – in 2012 and 2014. From 2016 to 2018, Kolkata qualified for the playoffs thrice consecutively and have always possessed the stars to deliver with style and panache.

Staring into 2020, and things couldn’t look bleaker for Kolkata Knight Riders than they do right now. Sure, there is still plenty of concern and apprehension over whether the IPL would even be held this year. While the BCCI had announced a preliminary date of 15th April for the commencement of the tournament, postponing it from March 29th, it must be remembered that it was before the coronavirus outbreak took its current shape. 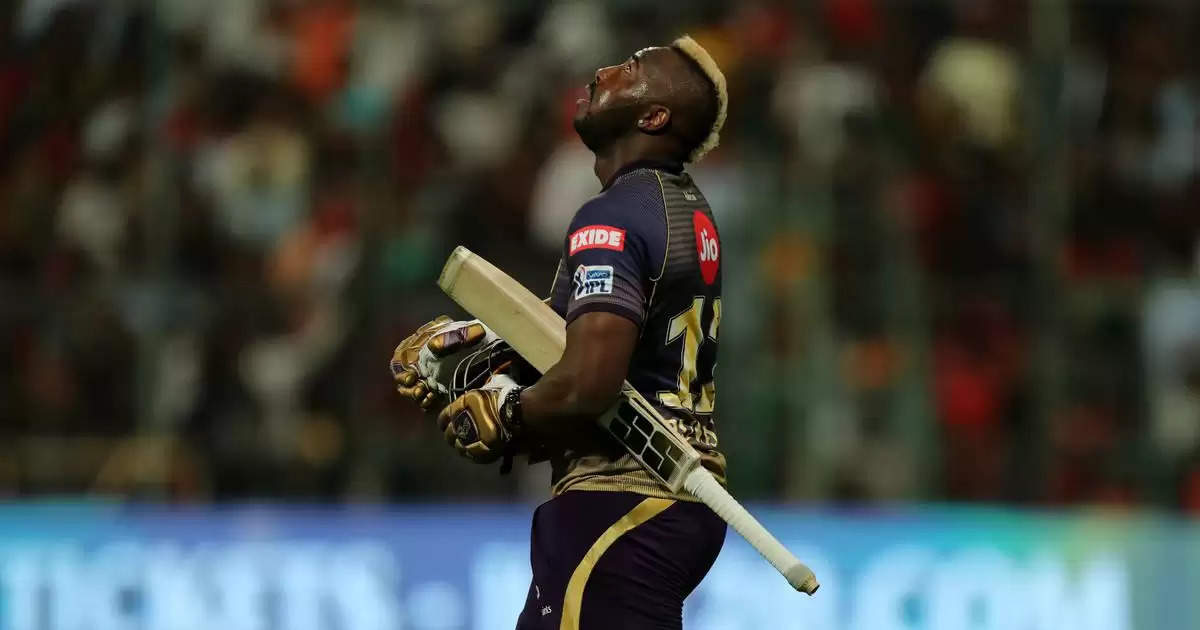 Russell proved to be the team’s messiah in 2019, contributing in both departments, almost single-handedly

If anything, the Covid-19 pandemic has accelerated, and several states in the country have been put under lockdown given that the number of cases has crossed the 600-mark already at the time of writing. In light of all of this, there’s considerable doubt surrounding the organisation of the IPL.

However, if things return back to how they were before the outbreak took place and the tournament does go ahead, KKR has a lot on their plate to worry about.

Sure, they did finish fifth in the league stage last year, missing the playoffs on account of Sunrisers Hyderabad having a better net run rate despite having the same points, but that rarely paints half the story.

The burning question still remains – are KKR a one-man team? Is Andre Russell carrying the team on his back?

In order to answer that, let’s take a look at the way KKR performed last season. KKR took a polarising decision by appointing Dinesh Karthik as captain after Gautam Gambhir left in 2018.

Gambhir had guided the side to its two IPL title victories and retained the status of a legend in the sport. While Karthik has experienced his highs and lows with Indian cricket, especially during his prime, he is pretty much a forgotten figure in the national scheme of things and had never held responsibility on the biggest of stages. True, he was three matches away from the title in his first year as captain, but to entrust him with a side that already lacks the experience, to begin with, was a gamble and it did not pay off well in 2019.

Kolkata Knight Riders began last season with 4 victories off the first 5 games. The only defeat they suffered in the first 5 games was to Delhi Capitals and that too went all the way down to a Super Over. And while it displayed the fighting spirit of KKR, it instead ended up being an ominous foreshadowing that just hid the lapses in the team.

Andre Russell won the Man of the Match three times in the first five games and was KKR’s best performer in the defeat to Delhi. He took 2 wickets against Sunrisers and helped finish the run chase with the bat, remaining unbeaten at 49 from just 19 deliveries. Against Kings XI Punjab in the next game, Dre Russ scored 48 off just 17 deliveries and took 2 wickets in three overs. In the loss to Delhi Capitals, where Prithvi Shaw ended up scoring a 99, Russell got to his first half-century in the tournament: 62 off just 28 balls at a strike rate of 221.43. He hit 4 fours and 6 sixes in that game!

KKR bounced back in style in a high scoring encounter against RCB where Andre Russell scored 7 sixes and one boundary in 13 deliveries to get 48 runs at a strike rate of 369.23! Such was the carnage he carried out with the bat, he ended up overshadowing AB De Villiers and Virat Kohli who both crossed the half-century mark in that game.

It was at this point that KKR’s season started going sideways and down under. They suffered a seven-wicket defeat to Chennai Super Kings in the following game where the only player that stood tall for them was- no brownie points for guesses – Andre Russell. Russell scored 50 runs out of the 108 that KKR could manage. Another defeat to Delhi Capitals followed in the next game where Russell’s knock of 45 from 21 balls couldn’t save the side as nobody else was able to fire with the bat bar him and Shubman Gill. 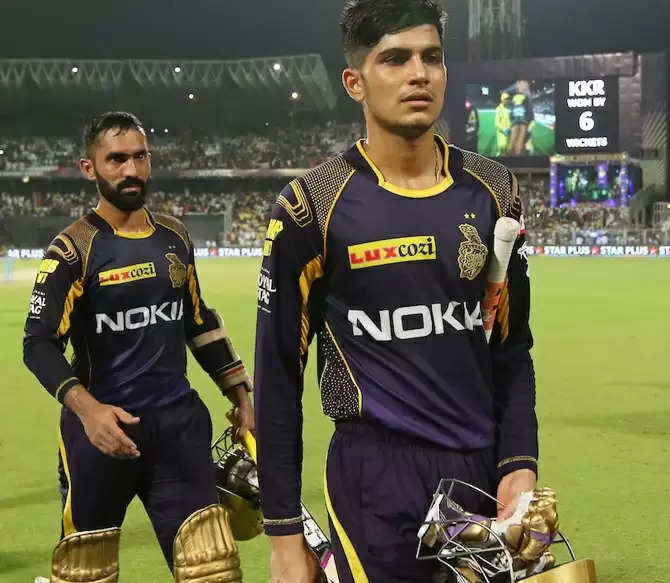 While Gill is inexperienced, Karthik’s best days seem behind him

Defeats to CSK, RCB, SRH and Rajasthan Royals followed next as Andre Russell continued to fire on all cylinders but failed to take his team all the way past the finishing line.

The jury was out – the West Indian was single-handedly carrying Kolkata Knight Riders in the IPL. He was the biggest match-winner for Kolkata last year and is the most blockbuster feature in T20 cricket right now. His ability to cause destruction with the bat needs little introduction and hardly any footnotes.

Russell was also extremely influential with the ball last season. He picked up the most wickets for Kolkata (11) ending up 25th on the Purple Cap list, higher than specialist bowlers Sunil Narine and Piyush Chawla who both got 10 each. He had the second-best bowling average for his side after Nitish Rana who only bowled 8 overs in the tournament and had the eighth-best bowling strike rate in IPL 2019.

Against Mumbai Indians, eventual winners, Andre Russell displayed a performance for the ages taking KKR by the scruff of its neck to victory and taking Rohit Sharma’s side to the cleaners in the process. He remained unbeaten at 80 from 40 deliveries and picked up 2 wickets giving away only 25 runs in 4 overs.

While analysing KKR’s performances last season, it’s hard to find another player who has performed for them as consistently as Russell has or stepped up on the big stages as he did. In many ways, it could even be said Kolkata Knight Riders let him down. Andre Russell was sent deep down the order, at number 7. In the games, when he was presented with a number of overs to bat, he ended up turning messiah. In the games he couldn’t face as many balls to turn the scripts for KKR, he failed to paper over their cracks. This assignment of him this deep in the batting lineup had drawn several criticisms including that of former cricketer Mark Waugh.

“Can’t understand why KKR have the master blaster Andre Russell batting at No. 7. What a waste,” tweeted Waugh.

Just watching the IPL on @FOXSports. Can’t understand why KKR have the master blaster Andre Russell batting at number 7. What a waste.

Just like his batting, Russell has also been hard and straightforward on this role. “I believe that (I should have batted at No 4)… Honestly, I think sometimes you have to flexible as a team. Looking at the make-up of our team, I would not mind going to bat at No 4.

“I think me going to bat early would definitely be a good thing for KKR. But with our make-up of the team, that’s a good answer,” Russell, who has scripted some near-impossible wins for his team last season, said.

This also where the criticism of Karthik as a captain and the management of the side gets called into question. Not giving your best performer the opportunity from where he could do the maximum damage is one of the worst flaws you could have in the team.

Aside from Russell himself, KKR was also let down by their batsmen. While they do possess talented names in Shubhman Gill, Sunil Narine, Eoin Morgan and Nitish Rana this year, none of them possess the ability to exude confidence and consistency. Gill has burnt brightly but has also disappointed in between, Narine knows how to hit the big shots but also ends up giving up his wicket quickly, Rana for all his worth has never been a regular headline feature and Morgan has failed to get going for any franchise in the IPL. Karthik has often shouldered responsibility well with the bat, but his best days are well behind him.

KKR as a franchise has been heavily reliant on spin bowling and they were disappointed by the lack of influence from Chawla and Kuldeep Yadav. Yadav was dropped on account of his poor form midway through 2019 and the injury to Sunil Narine didn’t help either. They have Pat Cummins this year and it remains to be seen how big of an impact he can have with the ball.

Everything considered, the story template remains the same for KKR- they continue to be a shadow of a team without Andre Russell and the day he stops firing is the day KKR throws in the towels.

Can the other names on the team do justice to the calibre and step up and shoulder responsibility along with Russell? Guess we’d have to wait and see.